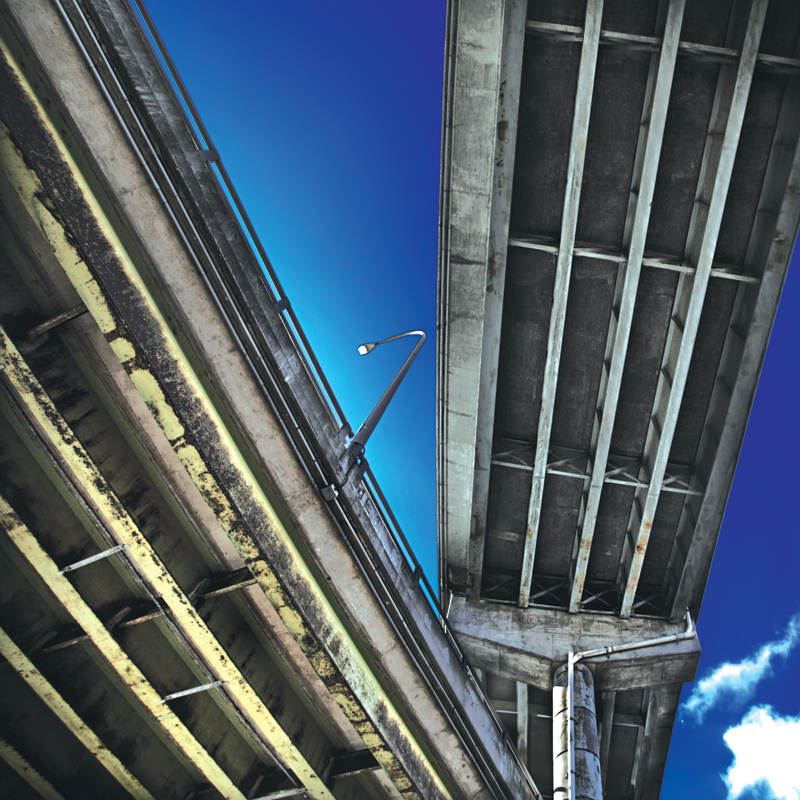 As Canada remembers the De la Concorde overpass collapse in the Montreal suburb of Laval that happened seven years ago, the state of the country’s bridges are reflecting the growing demand in engineering and municipal circles for national infrastructure planning.

It was the early afternoon on September 30, 2006, when a section of the southbound lane collapsed onto Autoroute 19, crushing two vehicles underneath and killing five people. People in the vicinity reported that the overpass had been crumbling noticeably for weeks and that misalignments visible to the naked eye immediately preceded the tragedy. A couple of motorists even notified the authorities, but the provincial transportation ministry decided the bridge presented no immediate danger and a more formal inspection could wait until Monday morning.

Following the collapse, the highway was closed for nearly a month. A provincial inquiry blamed multiple factors—including shear failure in an abutment, the result of improperly placed structural steel that caused a horizontal plane to fracture over time—and went so far as to decry low quality construction materials and unprofessional work on the overpass.

Saeed Mirza, professor emeritus of civil engineering at McGill University, says all of Canada should follow the example the Quebec government has since taken, increasing budgetary allocations for infrastructure projects. This includes plans to spend more than $3 billion to rebuild the Turcot Exchange, which connects some of the city’s main arteries yet is experiencing severe deterioration.

He says Canada’s bridges and overpasses vary considerably in age, condition, and other factors. In Montreal alone, the deck of the Jacques Cartier Bridge was recently renovated and is considered in good shape. Victoria Bridge received a dose of maintenance about 25 years ago and Mirza anticipates another 50 years or more of relatively trouble-free service. Yet, while the Champlain Bridge has undergone significant rehabilitation, it was built in the 1950s, when design standards did not consider earthquakes. “The St. Lawrence Valley is an earthquake region,” Mirza says. “If there was a large one in Montreal today, depending on the direction the waves travelled and what kind of force was exerted on the different bridge components, it could cause part of it to topple.”

In terms of falling concrete, Toronto’s Gardiner Expressway bears some resemblance to the Turcot Exchange. Paul Gauvreau, a professor of civil engineering at the University of Toronto, worked on a Gardiner rehabilitation team as a junior engineer in the 1980s and says that job—to reduce the number of pathways for road salt to reach structural components underneath—made sense. However, he adds that continued gradual deterioration leaves essentially two options: to rehabilitate or to replace the structure. Fixing the Gardiner would be cheaper in the short term and cause less traffic chaos than a rebuild, and thus be politically expedient, but the structure would likely continue to degrade at a faster pace than an entirely new one constructed with more modern materials.

“If you were to tear down and rebuild it, you would probably get an extremely durable structure that would last for many years and require a fairly low investment in annual maintenance,” Gauvreau says. “But tearing it down it would open up the debate as to what exactly we do with it.”

Gauvreau says he isn’t privy to all the reports about the Gardiner’s structural integrity, but from what he’s read is inclined to believe serious problems are being addressed, though certain localized areas probably need attention. “Every bridge is different,” Gauvreau explains. “There’s usually one incident, one event, that will lead to the collapse of a bridge. But that event in itself is usually not sufficient to cause the collapse of a bridge. It’s usually the result of the accumulation of a number of different factors.”

Nick Larson, a civil engineer with R.V. Anderson Associates in Toronto, says he considers Canada’s bridges, generally, to be safe. “I drive on the Gardiner every day and I’m not afraid I’m going to go through the deck,” he says. “People look at them, loads can be factored in, we design these things with degrees of safety, and they’re inspected.” He adds that factors beyond the bridge itself can potentially imperil even new structures—say if a load that’s too wide clips a beam. “Proper maintenance is a hallmark of asset management. If you have an asset, you should be spending the proper amount of money to maintain it over its life cycle. Quite often, budgets are trimmed, so there’s likely to be bridges that are not being maintained sufficiently and are therefore reducing their useful life.”

While all infrastructure needs to be maintained, bridges and overpasses are in a class of their own because the consequences of failure can be catastrophic. “Lives are potentially at stake,” says Larson, who chairs the infrastructure renewal committee of the Canadian Society for Civil Engineering. He explains that bridges don’t fail terribly often, so statistical analysis cannot reliably predict future probabilities. “Experts will do what they can to identify deficiencies and what can be done, but nobody wants to stick their neck out and say that a particular bridge will be fine for the next 10 years.”

There aren’t any major bridges in Lachine, Quebec, but mayor Claude Dauphin recalls quite a scare when a concrete slab fell from the outer rim of Ville Marie Tunnel in 2011. “That’s about 10 minutes from Lachine,” says Dauphin, who is president of the Federation of Canadian Municipalities (FCM). “We were lucky it happened on a Sunday morning, so no one was hurt, but can you imagine if this had happened on a weekday morning?”

Last year, the FCM issued an infrastructure report card on Canada’s roads and wastewater, drinking water, and stormwater systems. Dauphin says he expects bridges, public transit, and housing will be included in the next report card, slated for 2014. “More vigilance is needed by all levels of government,” he says, adding that the federal government included a 10-year infrastructure program and an indexation of municipal gas tax revenues in its most recent budget, thus providing a measure of funding stability.

What’s ultimately needed, McGill’s Mirza says, is a detailed “integrity audit” listing structures that are aging or regularly used, and an over-arching policy for infrastructure based on economic, environmental, and social needs, as well as structural concerns. “That can only be done at the federal level, in consultation with other levels of government and stakeholders,” he says.

Of course, it takes more than planning to ensure safety. As Quebec’s Johnson Commission concluded in its inquiry, quality in construction, maintenance, and inspection is vital. And so Mirza calls for a heightened sense of responsibility for individual projects. “We need to design and build for the entire life cycle, keeping in mind the 75 or 100 years that a structure will be used and what its needs will be over that period and also at the end of its service life.”

Islands of Good in the GTA