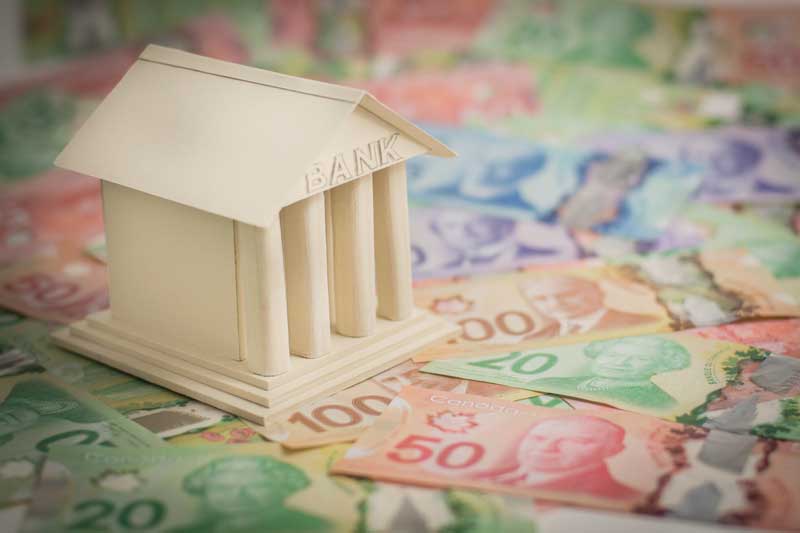 Over the past decade, several attempts were made to close the Canadian infrastructure gap. These were led at various government levels across Canada and favoured the emergence of now-successful organizations essential to the modern procurement approach to public sector assets: the P3 Canada Fund, the Building Canada Fund, Infrastructure Ontario, Partnerships BC, Infrastructure Alberta, SaskBuilds, Société Quebecoise des Infrastructures, et cetera.

What many believe is needed today in Canada for infrastructure building and renewal is an appropriate and trustworthy focal point for handling infrastructure money. This could be in the form of a federal Crown corporation that would be at arm’s length from all levels of government and would have a governance structure similar to the one the PPP Canada Fund has built over the past decade.

Concept in development
The concept of an infrastructure bank in Canada has been a topic of discussion for some time now. In February 2013, the Canadian Chamber of Commerce declared that, to remain competitive, Canada needed to develop a long-term national infrastructure investment plan that included strong and diversified funding models and increased private sector investment. In November 2014, Prime Minister Justin Trudeau stated at the Canadian Council for Public-Private Partnerships annual conference that private funds will be important in complementing federal infrastructure investments. He also mentioned innovative financing models where both public and private entities partner in delivering state of the art infrastructure for Canadians.

In November 2015, Amarjeet Sohi—just weeks into his tenure as the new minister of infrastructure and communities—addressed the topic of the Canada Infrastructure Bank (CIB) at the Canada 2020 conference in Ottawa. “Sometimes the issue is financing not funding,” he said. “Cities are borrowing at rates higher than that of the federal government. And this requires them to spend dollars on interest costs as opposed to projects and services.” To help, he said he will be working with Finance Minister Bill Morneau to develop the Canada Infrastructure Bank, “which will allow municipalities to access low-cost financing through loans, loan guarantees, and other mechanisms to support municipalities with financing to build the projects their communities need.”

Questions remain on how the various federal funding arms will coordinate their efforts to bridge the gap and if the CIB will be a standalone entity or if it should amalgamate other existing infrastructure funds and associated organizations. Based on Trudeau’s “Historic Investment Plan,” the CIB should also be tasked with the issuing of “green bonds” (an alternative to the regular bonds currently issued by the federal government) that will allow investors to target their investments towards green infrastructure projects.

The Liberal Party of Canada provides the following objective of the proposed bank: “The federal government can use its strong credit rating and lending authority to make it easier and more affordable for municipalities to build the projects their communities need. Where a lack of capital represents a barrier to projects, the Canada Infrastructure Bank will provide loan guarantees and small capital contributions to provinces and municipalities to ensure that the projects are built.”

Scoping its main responsibilities
In a paper published in February 2014, Brian Flemming—a senior fellow of the Van Horne Institute in Calgary—defines an infrastructure bank as a corporate entity that raises capital from public, private, or mixed sources and then invests in targeted public infrastructure projects. The recipients of these investments are then required to repay the borrowed money over an agreed term, usually a long term. An infrastructure bank allows potential borrowers to apply to a focussed and expert place for infrastructure borrowing, something not available today in many places, including Canada.

Using this knowledge and based on Trudeau’s “Historic Investment Plan,” we understand the CIB would have the following objectives in Canada:

At this stage it is too early to say exactly how the CIB would effectively fund eligible projects. Other infrastructure banks in the world usually have two roles:

Similar banks in the world
Infrastructure banks have been, or are being established, in the United States, the European Union, and countries within Africa, Asia, and South America. The discussion is certainly timely, as traditional funding sources for infrastructure like gas taxes, property taxes, and government grants appear to have gone as far as they can in dealing with the infrastructure deficits across Canada. Beyond Canada’s shores, many countries and sub-national political entities are already seriously discussing whether infrastructure banks should be created.

The European Union
The European Union (EU) and its predecessor institutions have had an infrastructure bank since 1958 when the Treaty of Rome was signed. The current version of the bank is the European Investment Bank (EIB), which is able to issue securities that are traded on European Debt Capital Markets.

The EIB is an independent entity owned by the 27 member states of the EU; it raises funds through bond-issuance and other debt instruments so it does not depend on direct funding from EU member states. EIB bonds are purchased by both institutional and retail investors internationally. Attracting a wide-array of investors is a key to leveraging private investment.

The EIB cannot finance more than 50 per cent of capital expenditure on any given project, and loans can be combined with EU funds through a blending of grants, guarantees, and other financing instruments. Eligible projects must be in line with EU policy objectives, and projects must also meet economic, financial, technical, and environmental criteria, which help ensure funded projects are in compliance with EU standards.

In addition to bank loans, in late 2012, the EU announced the 2020 Project Bond Initiative to be delivered by the EIB. This product is designed to increase the availability of debt financing for large-scale infrastructure projects in transport, energy, and broadband. The initiative will enable promoters to attract private money from insurance companies and pension funds. Any bonds that are issued will come from the project companies, not the EIB or EU countries—but the EIB may provide credit enhancement in the form of a subordinated instrument to support the senior debt of the project company.

The United Kingdom
An infrastructure bank for the United Kingdom has been mooted on several occasions. While there is no institution that quite matches this description, there are a number of similar initiatives.

The Green Investment Bank (GIB) was established in 2010 to support the development of renewable energy and other green infrastructure projects. While the GIB has a clear remit to invest on “commercial” terms, it aims to innovate and invest in developing rather than established technologies. On many of the deals it has closed to date, it has been a co-investor where developers have been able to raise some but not all of the required funding from other sources. As of press time, the GIB’s future is uncertain; in the summer of 2015, the U.K. government announced plans to privatize the bank, thus giving it more freedom to raise capital on international markets. However, opponents of this plan have said such a move could put the bank’s green identity at risk.

Another initiative, which was launched in the aftermath of the 2008 credit crisis, is the United Kingdom guarantee scheme for infrastructure projects. This is designed to kick-start crucial infrastructure projects that are struggling to raise sufficient funding from other sources. Under the scheme, the U.K. government will guarantee the payment of interest and principal of private loans or bonds taken out to fund infrastructure projects. Some feel that with markets returning to a degree of normality, the need for the scheme had passed; however, the U.K. government has committed that it will continue until at least 2021.

There also exists a part of the U.K. central government, which acts as a type of infrastructure bank for local authorities (or municipalities). The Public Works Loan Board provides loans that are primarily used for infrastructure or other capital projects and at a cost only slightly higher than the sovereign’s cost of borrowing. Provided they stay within their designated borrowing limits, this can be a cheap and quick source of funding for the municipalities.

Some African countries have created national entities similar to the AfDB. Nigeria has a full-fledged infrastructure bank that was established as the Infrastructure Bank plc in 1992. This bank is owned by a combination of entities: the Nigerian federal government, state governments, and the Nigerian Labour Congress.

South America
Some South American countries are, both individually and collectively, considering infrastructure banks. The Brazilian Development Bank has the ability to buy tax-exempt bonds issued by companies involved in infrastructure projects. Next year, it is expected $25 billion worth of these bonds will be sold.

Asia
Recently, the Asian Development Bank approved a proposal from China to create a “Regional Infrastructure Bank,” the Asian Infrastructure Bank (AIIB). China first announced this in October 2013 at the Asia-Pacific Economic Cooperation meeting and did so to try to lever China’s financial and engineering resources in collaboration with national and regional governments throughout Asia.

The AIIB’s mandate would focus on the building of infrastructure in the Asia-Pacific region. The bank was proposed as an initiative by the government of China, supported by 37 regional and 20 non-regional members. The AIIB was created with a capital of $100 billion and further members could join in the years to come. Some critics see this project as a potential rival to existing institutions like the World Bank.

Thailand is also looking seriously at establishing an infrastructure bank with a similar mandate.

The United States
For better contemporary ideas about infrastructure banks, however, Canada must look south: purely public infrastructure banks exist in four-fifths of the American states. They essentially finance public transit and transportation infrastructure. These banks, formally known as state infrastructure banks (SIBs), were created historically using mostly federal funds for their investments, and some attract state money as well. The managers of these infrastructure banks select projects that are funded by low-interest loans or “credit enhancements” of various kinds. Terms typically run from 10 to 30 years. Most importantly, loan repayments are recycled for future projects thereby allowing “revolving loan funds” to be created. Many SIBs are embedded in state transportation departments, and some (such as one in Pennsylvania) contribute to projects other than public transit and highways. The SIBs in South Carolina, Florida, Pennsylvania, Ohio, and Oregon appear to be the most active.

In May 2015, Republican Senator Deb Fischer of Nebraska presented the Build USA Act, the latest in a series of similar but unsuccessful attempts to generate infrastructure funding without raising taxes, which would create an American Infrastructure Bank (AIB) with a bipartisan board that would be mostly appointed by Congress and would likely include the U.S. transportation secretary. The bill would also offer states more authority over their own compliance with federal infrastructure requirements. Like similar legislation introduced in recent years, the Build USA Act would capitalize the AIB with corporate dollars repatriated from overseas. Fischer’s office said the sum could total as much as $30 billion; the AIB could also raise capital by issuing debt securities

Canada
Several provincially led initiatives were put in place to allow cities, municipalities, and other pubic satellites to access more competitive long-term financing costs. Initiatives like the Municipal Finance Authority of BC (rated AAA) along with Infrastructure Ontario (formerly the Ontario Financing Authority) and Quebec’s framework for municipal financing should all be mentioned as existing vehicles which would have some level of overlap with the new proposed CIB.

Jean-Francis Strayer advises clients on project finance and infrastructure transactions across North America as a director with Operis’ Toronto-based office. David Rose is Operis’ head of advisory in London, England.

A great article by our Directors David & Jean-Francis in this month's @ReNewCanada publication #BankingOnChange pic.twitter.com/y3SfgNWw8M