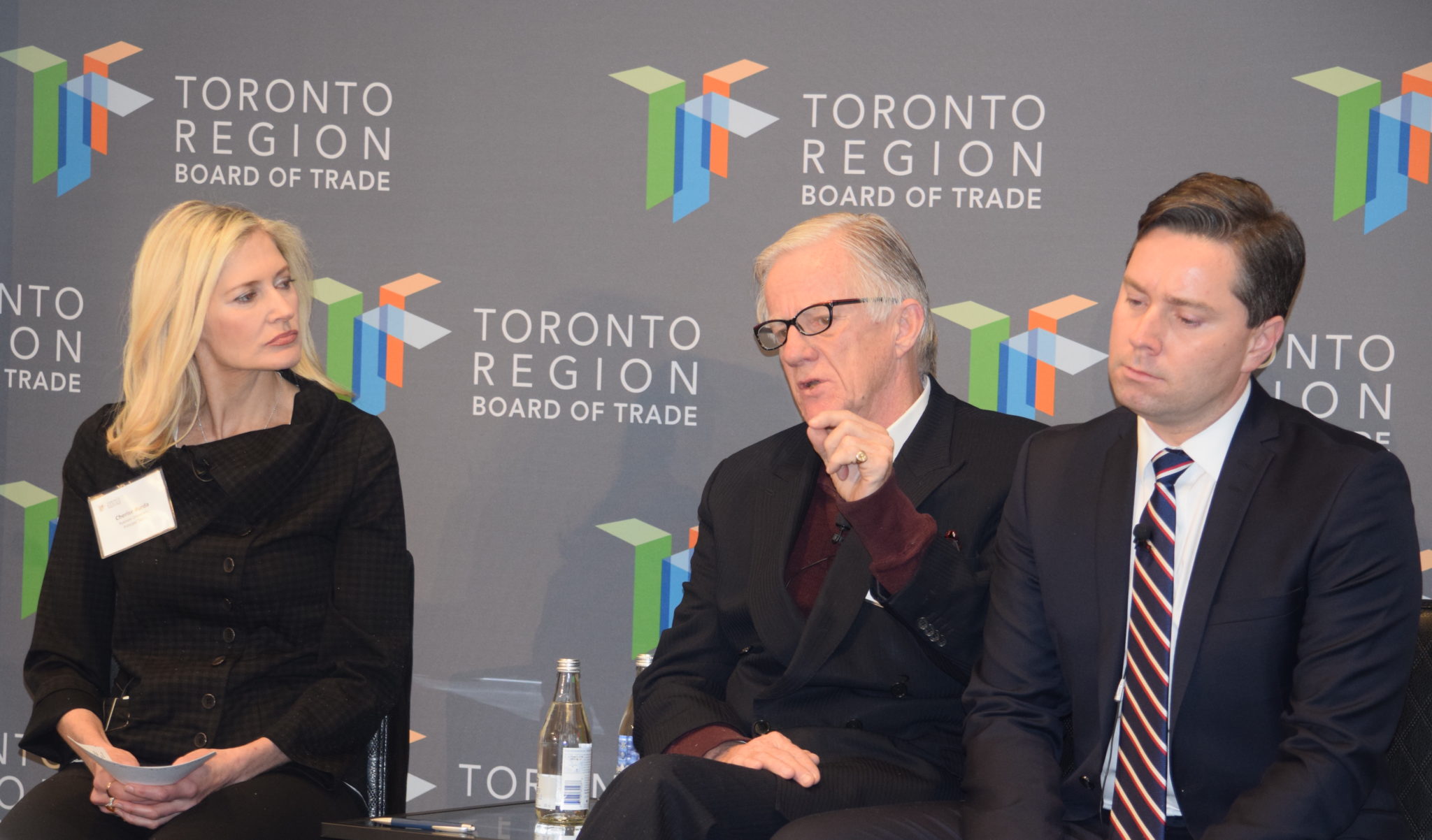 In response to the fervour the Superlinx concept has created, TRBoT convened a panel to discuss the recommendations put forward, including the need for a unified authority that takes a regional perspective and makes recommendations based on evidence-based planning.

The biggest question to ask, as put forward by Ryerson City Building Institute executive director Cherise Burda, is whether regional transit authorities need to be amalgamated in order to meet the transit needs of the corridor, or whether individual municipalities can meet those needs. It is clear, with such initiatives as the Greater Toronto Airport Authority’s Pearson Hub proposal, that stronger connections amongst municipal transit systems is needed in order to better meets the needs of transit users in the region.

A key to being able to provide a regional approach to transportation is to politics from the equation, ensuring that decisions are made based on long-term, evidence-based planning rather than short-term political gains. This issue has plagued the region in recent months, with issues like the tolling of the Gardiner Expressway, construction of new transit stations, and the building of the Scarborough Subway being shrouded in controversy.

“You can’t have a project that suits a short-term political goal,” stated Iain Dobson, co-founder of the Strategic Regional Research Alliance and member of the Metrolinx board of directors.

Instead, as Burda pointed out, we “need to align growth planning and transit planning.” That includes the need to focus on widespread opportunities for transit-oriented development, which still hasn’t completely gained traction in the region. There are some areas where this is being embraced in the Toronto-Waterloo corridor, such as the plans for the area surrounding the Vaughan Metropolitan Centre at the top of the new Line1 subway extension.

The Superlinx report suggests multiple new avenues for revenue can be realized as a result of greater utilization of transit-oriented development:

“The Corridor’s transit‐related real estate assets are an untapped source of commercial revenues. The substantial revenues that could be generated from air rights, lease agreements, property development and asset sales could substantially pay for new lines and superior service enhancements—not new taxes.”

Whether or not Superlinx has the right answers for fixing the region’s transit is still up for debate, but it does emphasize the need to get municipalities to start thinking in a different way. “The regional level is the local level,” according to Clark Savolaine from KPMG. This is the mindset that will help discover and implement the regional solutions, breaking down the municipal silos to realize that focusing solely on municipal ownership and outcomes does not provide the solution needed for many people living in those communities. With so many people living, working, and playing in multiple jurisdictions throughout the Toronto-Waterloo corridor, the need for regional solutions to support this lifestyle has never been greater.