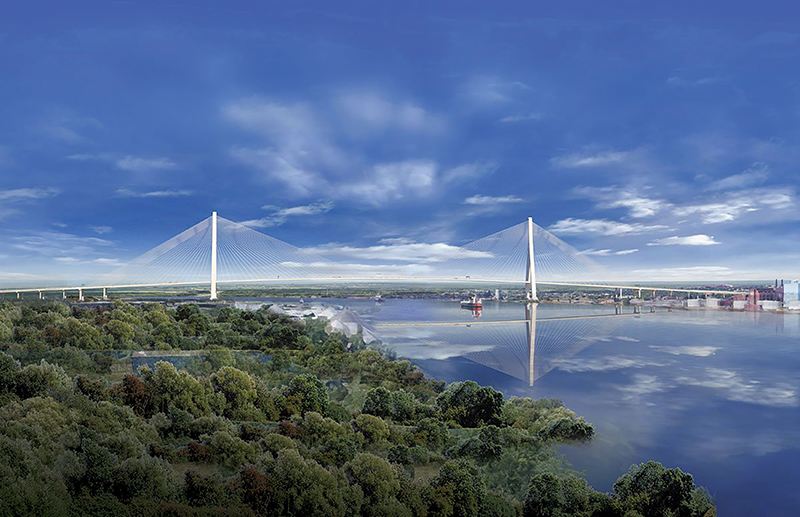 A Community Benefits Agreement (CBA) is a legal contract that specifies community benefits for an infrastructure or development project. CBAs come in three basic formats: private CBAs are signed between developers and community groups; public CBAs are requirements in government Requests for Proposals; and, hybrid CBAs are multi-party agreements with developers, governments, and community groups.

In Canada, several CBA models have been tried. Canadian CBAs have emphasized labour development; most have employed low-income or disadvantaged populations and created apprenticeships opportunities.

The Vancouver 2010 Olympic and Paralympic Winter Village used a hybrid CBA. In 2005, a new non-profit, Building Inner City Businesses (BOB) was the primary negotiator on a CBA signed with the City of Vancouver and the developer to provide jobs for inner-city residents and procurement targeted to local businesses. 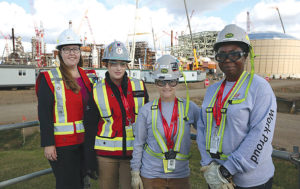 An inclusive construction site at the Sturgeon Refinery in Alberta. It is the first refinery built in Canada in over 35 years, and the only refinery designed from the outset with a carbon capture solution to maximize performance and minimize environmental impacts.

B.C.’s CBA requires employers to hire locally, provide apprenticeship training, and give Indigenous people and women opportunities. Any contractor in the construction industry can bid on and perform project work. The agreement includes:

The government created BC Infrastructure Benefits Inc. (BCIB), a Crown corporation to handle hiring and paying all workers under the CBA. BCIB also handles union dues deductions. Open-shop companies’ employees are required to join a designated union, the new Allied Infrastructure and Related Construction Council of BC, after 30 days on the job.

B.C.’s CBA is not a standard CBA since it applies to many projects across an entire province. Its labour requirements make it closer to a Project Labour Agreement (PLA), an agreement to use only union labour on site.

A coalition of construction associations opposed to the province’s CBA (specifically a requirement that workers must join trade boards) filed suit in BC’s Supreme Court.

In 2010, Manitoba’s East Side Road Authority (ESRA) launched CBAs aligned with the Aboriginal Procurement Initiative to increase Indigenous involvement in Manitoba’s procurements. The CBAs provide contracts and training to community-owned construction companies for pre-construction work and establish hiring requirements in construction tenders: 30 per cent of total in-scope contract hours to be worked by residents for road construction, and 20 per cent for bridge construction. ESRA invested more than $80 million into First Nation communities and created about  600 job opportunities.

IJPA’s purpose was to encourage evidence-based, strategic, and long-term infrastructure planning to support job creation, training opportunities, and economic growth. During the procurement process, a plan must be developed outlining the number of apprentices that will be involved, particularly women, newcomers, at-risk youth, veterans, and Indigenous populations.

LTIP committed to develop a policy framework for community benefits, focusing on workforce development opportunities for traditionally disadvantaged communities, underrepresented workers, and local residents. This set out a process for community benefits pilot projects to test different approaches, the development of a CBF in partnership with stakeholders and partners, and application of the framework to all major public infrastructure projects.

A growing number of Canadian municipalities are investigating or implementing social procurement, including CBAs, CEBs, and Community Benefits Frameworks (CBFs). The list includes: in B.C., Cumberland, Vancouver, Victoria, and Surrey; in Alberta, Calgary, Edmonton, and Wood Buffalo; in Ontario, Hamilton, Toronto, and Windsor; and, in Quebec, Montreal.

In 2018, Vancouver was the first Canadian municipality to adopt a CBA policy. Developer applications for rezoning that exceed 500,000 sf are subject to 10 per cent local employment and 10 per cent local procurement requirements.

The City of Toronto had experience with CBAs before instituting a social procurement policy in 2016 to leverage the city’s purchasing power by achieving socio-economic impacts for Indigenous peoples and equity-seeking residents. The city’s CBF was adopted in 2019 and is now in development and testing.

Metrolinx, Ontario’s regional transit agency, negotiated a CBF with the Toronto Community Benefits Network for the Eglinton Crosstown LRT project. It outlines the roles and responsibilities of four partners implementing targeted workforce and economic development goals, including the Ministry of Advanced Education and Skills Development and Crosslinx Transit Solutions, the builder.

The province finalized this agreement, setting a goal of 10 per cent of all trade and craft working hours performed by apprentices and journeypersons who are historically disadvantaged in the job market.

Through this CBF, by Q1 2020 nearly 400 people had been hired from local communities in construction and professional, administrative, and technical jobs, and more than $7.5 million was purchased from local small and medium-sized businesses.

Most CBAs in Canada are for smaller, municipal-level projects, while public-private partnerships are typically used for larger projects, so there are few P3 projects with CBAs. In late 2019, P3s with CBAs were in Ontario and British Columbia:

For some P3 projects in Ontario, achieving LEED® silver certification is part of the CBA.

What do major P3 players think?

We interviewed senior executives from the private sector who are involved in P3 projects with CBA requirements.

While the spectrum of opinion about CBAs ranged from strong opposition to strong support, all stressed the need for standard definitions of “community” and “benefits” and of who receives the benefits, and how. Industry needs to know about a CBA early, preferably before the Request for Qualifications (RFQ) stage and certainly before financial close.

There was a strong call for factual assessment and realistic development of a project’s local labour force, on both supply and demand sides. How many new workers can be hired, at what levels, and for how long, was not sufficiently understood by governments or  community advocates.

Also, community advocates did not always understand CBAs are project specific, and the benefits in one project’s CBA are not always applicable to other projects.

P3 practitioners cautioned that, although P3s are big projects, there is not necessarily more time to advance training or apprenticeship for new hires. Who is required, when, and for how long can be unknown in the early days of the project, and some trades might be required for only short periods, even on multi-year projects.

When asked for examples of successful CBAs, two projects were prominent: Vancouver 2010 Olympic and Paralympic Village, and Eglinton LRT.

[Note: This article is based on a recent report written in collaboration with The Canadian Council for Public-Private Partnerships: P3s and Community Benefits Agreements in Canada (January 2021) and recently appeared in the May/June 2021 edition of ReNew Canada.]

Tim Runge is a partner with Constructive Edge, a corporate advisory and support firm with offices in Australia, Belgium, Canada, UK, USA, and India.

Featured image: The Gordie Howe International Bridge project is providing targeted community benefits on both sides of the border. In Windsor, the Workforce Development and Participation Strategy is supporting workforce, training, and pre-apprenticeship and apprenticeship opportunities.

Highlights of select P3 projects and their CBA requirements: