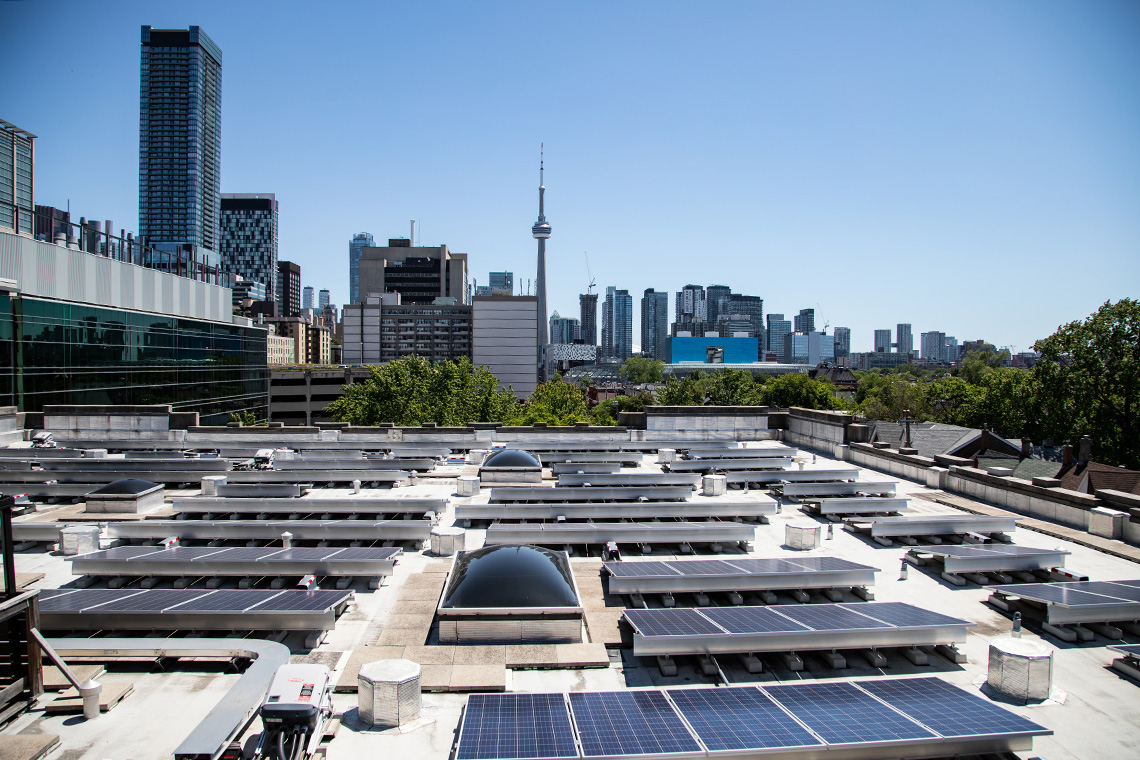 “Green infrastructure” often comes up when talking about climate change. Problem is, few people know what it means.

That’s according to new research led by Tenley Conway, a professor in the department of geography, geomatics and the environment at the University of Toronto Mississauga.

In a recent paper published in Environmental Management, Conway studied people’s knowledge of green infrastructure and their level of engagement with it in Toronto and Philadelphia – both leaders in the field. She and her co-researchers found just 26 per cent of Toronto residents, and 27 per cent of residents in Philadelphia, had heard the term before.

Conway doesn’t fault the public for the lack of knowledge. Instead, she blames vague policy documents, which use the term liberally without properly explaining it or its applications.

“It is a dominant term or concept used in the urban environmental discourse right now. So, if residents aren’t familiar with this term, there may be barriers for them to participate in some of the policy discussions.”

The article was co-written with post-doctoral researcher Camilo Ordóñez Barona and master’s student Annie Yuan of U of T Mississauga’s department of geography, geomatics and the environment, as well as researchers from Temple University and West Chester University in Pennsylvania.

The lack of awareness around green infrastructure could impede efforts to combat climate change, according to the researchers.

“If residents do not understand the concept of GI [green infrastructure] or recognize the benefits GI can produce, they may be less likely to install and maintain GI given the costs associated with those activities, or to demand or support public policies that support GI distribution,” the paper says.

With greater awareness of what urban planners mean by green infrastructure, Conway says locals will be better equipped to advocate for such infrastructure in their constituencies.

In addition to spreading awareness about the meaning of green infrastructure, it’s also important to explain what it can accomplish, Conway says.

“There’s an opportunity for individuals and communities to be able to say, ‘What we really need in our neighbourhood is more trees along our streets,’ for example, or: ‘We know that we have local flooding problems, so we need green infrastructure that can really address that,’” she says.

“It’s important to make sure people have this knowledge, so they can express what their communities need in a way that enables them to participate in some of these policy discussions.”

Conway and her fellow researchers plan to dig deeper – uncovering more data on who is already participating in green infrastructure discussions and why – to better understand knowledge gaps and barriers in the public discourse.

“Then, we can think about how we can either design new initiatives or modify existing ones to try to reduce those barriers and address or incorporate more residents within those initiatives,” she says.

Conway adds that she hopes municipalities like Toronto will invest in broader educational campaigns around green infrastructure.

“If [cities are] adopting goals around green infrastructure, there’s a need for them to explain what it is and why it is so important that we invest in it.”

Support for the study was provided by the Social Sciences and Humanities Research Council of Canada (SSHRC). The Pennsylvania Horticulture Society provided administrative support for the Philadelphia survey.

Featured image: Researchers at U of T and in the U.S. found that relatively few people know what is meant by “green infrastructure,” a potential obstacle in addressing climate change (U of T/ Johnny Guatto)