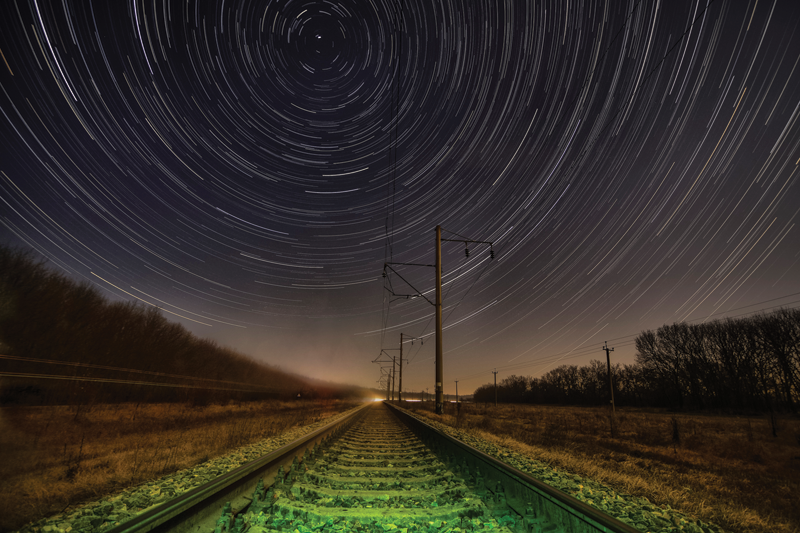 Electric commuter rail, long a staple of suburban passenger travel overseas, is finally coming ’round the bend in North America. Guided by overhead wires and connected to the grid, electrified trains have proven faster, more efficient, and less polluting than traditional diesel systems. And with considerable public support for operators to make the switch, new electrified railways stand not only to move people where they need to go, but spur development in some of the places it’s needed most.

Some of the earliest urban commuter rail corridors to be electrified are in and around U.S. east coast cities like New York and Philadelphia. In Montreal, one of the Agence métropolitaine de transport’s (AMT) five commuter lines is electric—on its website, AMT actually bills Deux-Montagnes as a “rare exception in Canada’s railway landscape.” Think of electrification as the first or second stop along a lengthy line with initially empty cars slowly filling up. In the Toronto area, Metrolinx is embarking on a 10-year project to fully electrify, and Caltrain plans to do the same in San Francisco by 2019.

Public demand has been especially visceral in Toronto, where a citizens’ group called for the immediate electrification of a planned new express line extending from Union Station in the downtown core northwest to Lester B. Pearson International Airport. “In the long run, diesel’s not sustainable,” said Rick Ciccarelli, chair of the Clean Train Coalition. Metrolinx opted to build the airport express as a diesel line so it’s ready for the 2015 Pan Am Games and convert afterward, but eventual network-wide electrification now seems inevitable. For years, the coalition argued that electrically sourced power is cleaner and cheaper than diesel and that electrification makes a rail system more flexible to manage and efficient to run. “The World Health Organization has put diesel exhaust on its list of carcinogens, and there’s 300,000 people living within a half-kilometre of the Union Pearson [Express] line,” Ciccarelli said, explaining that people along the route had little appetite for breathing fumes from an express service that—as initially announced by an earlier management team—wouldn’t even be stopping to pick them up. (A station was added to the plan soon afterward in the densely populated Weston neighbourhood.)

The Little Engine that Could finally appeared on the horizon in 2010 when Metrolinx completed an electrification study it had commissioned that forecasted many of the same economic, social, and environmental gains the Clean Train Coalition had predicted, including reduced travel times. “It was the first time we’d looked at the whole system,” said Karen Pitre, whose title of executive director of electrification signals Metrolinx’s commitment. “We’d considered it for decades, but it’s a big infrastructure investment. It’s just been a question of time and money in terms of when the right time would be to make the move.” The election of a majority Liberal Ontario government in June solidified things even further. Within weeks, the province directed Metrolinx to fully electrify within 10 years—with an actual start date yet to be announced—and promised financial support.

The plan, Pitre said, is to convert the Lakeshore and Kitchener corridors and then incrementally add the other lines, including the airport express, which travels partly along the Kitchener line before veering off. While Ciccarelli expressed impatience at what he sees as Metrolinx “dragging its heels” on electrifying the airport express, Pitre said electrification requires smaller railcars, environmental assessments, making arrangements with other organizations like freight-line operators and local power suppliers, and assembling consortia to do the actual work, with network-wide costs estimated at $1.8 billion.

Despite strong backing from the province, Pitre expressed some nervousness about the deadline. “Ten years, in my humble opinion, is fairly ambitious,” she said. “However, we’ve learned a lot that can be applied to the other corridors and we’re now determining how we would phase it.” One hurdle needing to be crossed in some areas is track owned by large freight haulers: “Companies such as CN might not be receptive to making changes so we’re talking with them.”

Metrolinx isn’t going it alone. Montreal’s Deux-Montagnes line was electrified when AMT acquired it from CN earlier this year. AMT spokesperson Claudia Martin estimated the acquisition will allow savings of nearly $5 million in operating costs on Deux-Montagnes, which represents nearly half of the operator’s total commuter train ridership. “The use of electricity instead of diesel, particularly in public transit networks, generates significant savings in terms of fuel […] and also reduces harmful greenhouse-gas emissions,” Martin said, adding that it also contributes to the Quebec government’s objective for 95 per cent of public transit trips to be electric by 2030.

Another line, Train de l’Est, is slated to open later this year, with 10 kilometres of electric service between Central and Ahuntsic stations where the system will switch to diesel—at least for now. Furthermore, in anticipation of the electrification of a section of new track to the north, starting in Repentigny, infrastructure has been grounded and signals designed to support modifications that might be needed.

However, any further electrification projects largely depend on negotiations with CN, which owns the right-of-way along shared track in the Montreal area. “As most railway tracks are owned by the rail operators, we are forced to negotiate any kind of change to the network with them,” Martin said.

In California, Caltrain is on track to convert system-wide by 2019. “We’ve been pressured to provide more service,” spokesperson Christine Dunn said. With 92 trains a day servicing a 55-mile line from San Francisco to San Jose, and 57,000 passengers on an average weekday, trains have become crowded. “During the peak commute, some trains are standing room only,” she said. “We’ve been under a lot of pressure to provide more service.”

Electrification is particularly compelling because it will enable Caltrain to increase the number of trains operating at any given time. “You can stop and start electric trains much more quickly,” she said. “You don’t need the long distance between trains that you do with diesel, so by operating electric trains we will be able to put more of them into service.” The conversion, estimated at $1.5 billion, is already underway. “We’re in the process of installing the fibre optics for a communications-based overlay signal system,” Dunn said, explaining that the system is designed to automatically correct speeding trains and prevent the kind of head-on collision that killed 25 people in Los Angeles in 2008 after a train went through a red light.

Caltrain has sought community support because, while there’s been demand for electrification, there’s also been wariness of change. “One thing that concerns people about a project like this is overhead wires—what they’re going to look like,” she said. “They’re also concerned about the impact of additional train service on their community. We run right through the middle of many downtowns, so when you have a project that’s this massive, of this scale, people notice. We’ve worked hard to involve the community at every step of the way so they understand the benefits.”

André Sorensen, professor and chair of the department of human geography at the University of Toronto Scarborough, said electric rail is popular overseas, but new to Canada, so it makes sense to proceed in stages. “There’s a learning curve,” he said, explaining that incremental change allows operators to gain expertise along the way and work out details with the public, freight operators, and other stakeholders.

Ultimately, Sorensen sees benefits all-round. Though an electric railway’s environmental friendliness depends on its source of power, he said Metrolinx is in a good place because Ontario has phased out coal-fired plants. Economic and operational benefits, meanwhile, largely accrue over the long term.

“Vehicles last longer and require less maintenance and fuel costs are also expected to be lower, so there’s savings over time,” he said. And because electric trains can accelerate and decelerate more quickly and efficiently than diesel ones, Metrolinx could potentially increase the number of stations along its routes and provide rapid transit to an entire region. “You could have both the express service bypassing three-quarters of all the stations and a local service that stops at every single station,” he said. This is good news for people living along the Union Pearson Express corridor. “Airports are crucial economic infrastructure that many businesses like to have easy access to,” Sorensen said, pointing out that commuter rail between Union and Pearson could support high-density, mixed-use development nodes along the way.

On an even broader scale, however, electrification serves people who want to travel long distances within any large urban region—say from a suburb at one end to a suburb in another. “Subways are too slow to go those kinds of distances,” he said. “Paris had a subway system and then built a regional express rail, which links in with the subway system in the inner city and provides mobility for the much larger region. It’s the same in Tokyo—they interchange trains in the subway tunnels—one train is a subway that stops at the end of the subway and the next one is a regional railway. It’s electric, with the same kind of rolling stock, but it keeps on going.”