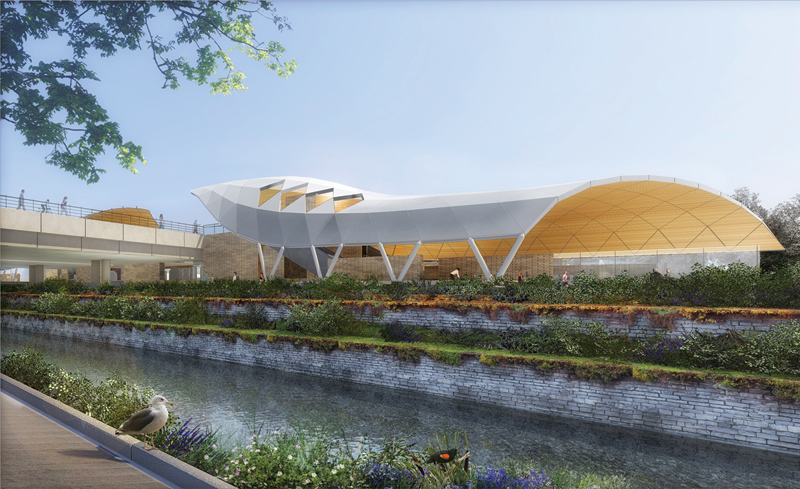 The City of Ottawa is embarking on the largest infrastructure project in its history. Expected to cost around $2.1 billion, the Confederation Line (No. 18 on 2014’s Top 100 list), Ottawa’s light-rail transit system, will connect the city from east to west and will have the capacity to transport up to 24,000 riders per hour in each direction.

With a heightened public profile and big dollars at play, Ottawa has taken a unique approach to making sure it meets its targets—one other municipalities are likely to follow.

It isn’t the P3 nature of the procurement approach that is overly unique, which has been gaining ground as an accepted way to make big projects a reality; it’s the use of ISO standards as a roadmap for quality and environmental stewardship that is getting people talking. Furthermore, the City and, by extension, the consortium of firms delivering the project (the Rideau Transit Group) have hired a third-party auditor to keep the project on track.

ISO standards driving corporate excellence
You may wonder why this approach is so unique since companies and organizations have been using ISO standards to drive corporate excellence for the past century. While this is true, it is very rare for a company to apply an ISO standard to a specific project. While the Confederation Line project isn’t going to be certified, the team is applying ISO principles to the development of the project and holding its own feet to the fire with the use of a third-party auditor.

In this case, ISO 9001, Quality Management, and ISO 14001, Environmental Management, are the two standards being used to guide  the process.

ISO 9001 pushes organizations (and, in this case, projects) to improve efficiency in order to save time, money, and resources; it improves operational performance to reduce errors and it ensures more efficient internal processes.

ISO 14001 facilitates the reduction of waste and energy use, improves efficiency, and demonstrates compliance to foster stakeholder and customer trust. It also helps organizations prepare for the changing business landscape with confidence. In a world that is in continuous flux, this component is especially important.

Typically, an organization would embark on the road to ISO certification, whether it be environment, quality, health and safety, or the many other available standards, to show that it is committed to continuous improvement and has the systems in place to manage non-conformances as they arise. It is by setting up these types of systems with third-party auditors that issues are resolved early in the process, thanks to stringent checks and balances and an independent review of activities.

Many moving parts with many different players
The Ottawa light-rail project is complex. Accountability structures and a clear delineation of responsibility are critical pieces to the success of any project of this size.  Objective audits and clear frameworks that set standards (like ISO 9001) not only give decision-makers the confidence that all project contributors are moving toward the same objective, they gives each contributor the confidence knowing their role is defined and there are benchmarks in place to monitor and measure success.

The three government funders have to answer to voters on the success of the project and the five companies that make up the Rideau Transit Group have three levels of government to keep happy.

P3 projects continue to grow in numbers, largely due to the fact that they are one of the only realistic ways to build large projects that require big dollars. Implementing and following standards and counting on third-party auditors to serve as the objective voice of analysis, is one way to keep the various pieces of these projects transparent and fair.

Ottawa leading the charge
The City of Ottawa may not realize that the approach it is taking on the Confederation Line is so innovative. But, whether Ottawa knows it or not, many people in the standards community will be watching to see how this project can be used as a case study for other municipalities.

In an era of heightened public scrutiny, real-time online commentary, and accelerated change, municipalities and organizations must implement systems that facilitate independent checks and balances. In many cases, it’s third-party audits, based on tested standards, that are one of the best ways to ensure objectivity regarding whether or not projects are on course.

With more and more big-budget infrastructure projects  thanks to more year-over-year funds to revitalize Canada’s assets, this approach is one that municipalities can embrace for peace of mind.

Whether data from audits is made public or not, decision makers may draw on it if needed. It goes a long way to reinforce public confidence in a project if project managers have concrete independent data to back up decisions, demonstrate corrective action if things get behind schedule, and justify new needs if they arise.

The tunnel ahead
Unforeseen issues and circumstances are sure to arise with the Ottawa light-rail project; that is almost a given with a project of this size. Over the next few years, the Rideau Transit Group will work with the City of Ottawa to complete this project on time and on budget. If the group is successful and the project goes according to plan, municipalities and funders from across the country will take notice.

Gary Robinson is the commercial director for BSI Canada Inc. The Rideau Transit Group contracted BSI to perform the third-party audits of the Ottawa light-rail project.