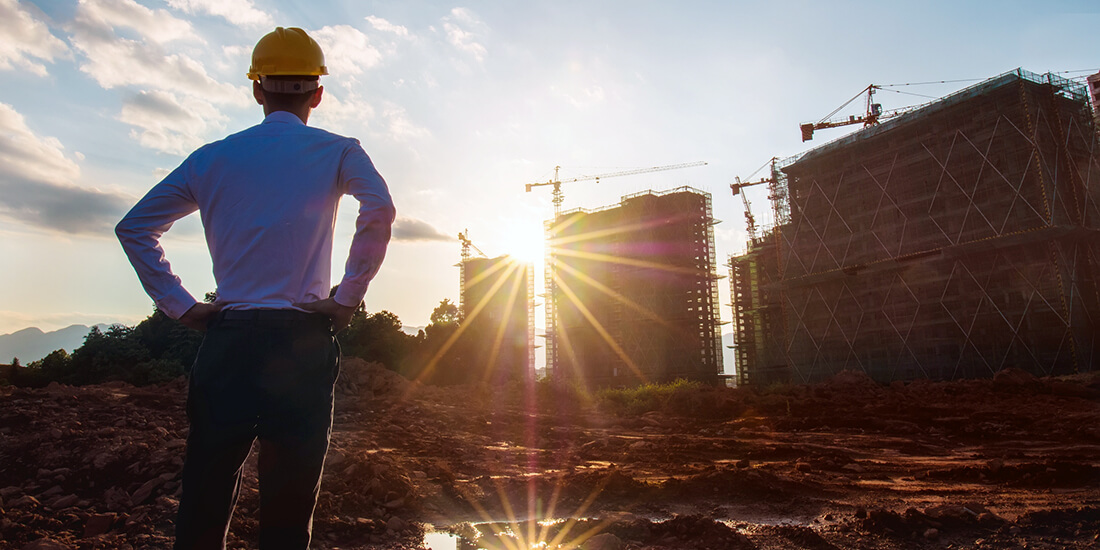 At the start of the year, 2020 was expected to be a relatively quiet one politically in Canada. After a global pandemic and three provincial elections it was far from that, and any predictions for 2021 come with some fairly large caveats.

Going into 2021 the onus will be on adapting infrastructure to become more resilient, repairing the damage done by the pandemic, and advancing projects that get people back to work and deliver lasting benefits for local communities. What governments are able to collectively achieve will depend in a large part on the rate of infection, how much the virus has been brought under control, and how well different levels of government can work together.

From Ready to Worthy

Despite the budgetary pressure brought about by the pandemic, governments across Canada recognized the importance of infrastructure investment in limiting the economic fallout with most provinces either maintaining or increasing spending. The priority being to get people working on low-risk shovel-ready projects like maintenance and repair, and adapting infrastructure to reduce the risk of COVID transmission. Going into 2021, the emphasis is shifting to projects that can serve multiple policy goals, or “shovel-worthy” projects as they have become known.

Canada’s Infrastructure Minister, Catherine McKenna, often talks about “stretching the dollar,” making sure investments not only create local jobs and economic opportunities, but also contribute to achieving climate goals, and enhance social equality and cohesion. The requirement to include low carbon concrete in federal construction projects as of 2021 provided an early indication that the Liberal government would look at the full range of tools at its disposal to meet its wider policy goals. We can expect more of this kind of creative approach in 2021.

Another tool that will be playing a major role will be the Canada Infrastructure Bank. Originally proposed in the Liberal’s 2015 election platform, the Bank has taken time to build up from scratch with inevitable growing pains. It now sits firmly at the heart of Ottawa’s economic recovery efforts in bringing in private finance to amplify government spending. The recently announced $10 billion Growth Plan focused on five areas chosen for their potential to deliver the highest impact: zero emissions buses, clean power, building retrofits, broadband, and agricultural infrastructure. Perhaps most significant was the $500 million put aside for project acceleration, which could unlock some creative thinking for how the public and private sector can work together.

The provinces came into the pandemic facing very different economic challenges. Alberta and Saskatchewan were already suffering from low oil prices, exacerbated by the pandemic-driven collapse in demand for oil. Federal support for the oil sector was targeted at cleaning up orphan wells and reducing emissions, but not the direct support being called for. At the same time, both provinces have been busy building out plans for economic diversification covering areas from clean energy, to tourism, to agriculture; projects that mesh better with the federal climate agenda, and some useful ribbon-cutting opportunities that will hopefully go some way to reduce the sense of alienation between the Prairies and Ottawa.

There are promising signs too. Alberta is looking to draw in more private finance for infrastructure, is actively looking for opportunities to expand the use of public-private partnerships, and is working on a formula to crack the promise of unsolicited proposals. It is also an increasingly enthusiastic partner of the Canada Infrastructure Bank with a new major irrigation project and a Calgary-Banff train already on the roster.

The NDP in British Columbia used a bump in popularity to call an early election and duly won a majority mandate. B.C. is possibly the most aligned with the federal government agenda with affordability, reconciliation, and fighting climate change key campaign principles similar to those of the federal Liberals. B.C. promised an additional $3 billion annually over three years for infrastructure. Housing affordability has always been a major issue especially around Vancouver and Premier Horgan is tackling the issue on many fronts, from building more affordable housing stock and encouraging community partnerships, to making it easier for developers to build more houses through a streamlined permitting process, to expanding transit.

Further East, Ontario’s PC government had been busy chopping away at the provincial deficit, but in a break from the past, they committed to maintain levels of infrastructure investment upon election. When COVID-19 struck, the Halton Courthouse—a project nearing the end of the procurement process—was deemed surplus to requirements. The government citing a newfound ability to run more proceedings online reducing the need for physical courtroom capacity. Commitments to transit that stood at the start of the pandemic remain largely intact, with changes in legislation designed to accelerate projects and foster more transit-oriented communities.

With an election in 2022, the Ford Government will focus on maintaining momentum on its infrastructure projects. The crown jewel is the Ontario Line, a subway project that can trace its origins as a concept back over 100 years. It would be a notable feather in the cap if Doug Ford’s government can achieve real progress on this and three other priority subway expansions. It seems the province and the City of Toronto have put differences aside and are more united behind a common end goal even though the journey to this point was rocky.

Provinces are also using the opportunity to tackle some long running structural issues that cause project delays and add significant costs. Ontario introduced the Building Transit Faster Act back in February to help speed up utility relocations, securing municipal approvals, and getting land access. This originally just covered their subway expansion program but was expanded to cover other infrastructure, especially transit, highways, and transit-oriented communities, through the Ontario Rebuilding and Recovery Act.

Quebec also tabled a bill to accelerate infrastructure projects, that had to be revised and re-tabled after concerns were raised that the original left the province open to corruption and collusion. The new bill streamlines approvals for low risk projects and applies to 181 projects covering schools, roads, transit systems, and seniors’ homes.

Municipalities have been particularly hard hit by the pandemic. Municipal revenue from user fees like transit and parking evaporated, property tax deferrals are on the rise, and costs are rising to deal with the community impacts and adapt to social distancing. Municipalities build and maintain 60 per cent of public infrastructure. Capital spending has slowed due to uncertainty and the need to plug operating budget gaps. In the short-term, the federal and provincial governments stepped up to provide additional funding to help with operating costs through the Safe Restart Program, but mayors and councils will become increasingly vocal the longer the pandemic drags on.

The likely slow return to normal will reverberate into 2021 for municipalities. Toronto alone estimates the pandemic will cost it $1.6 billion in 2021. Cities with large transit systems are faced with the tough prospect of maintaining high levels of service on only a fraction of the revenue. Mayors of the bigger cities have made clear that they recognize the failures of the past when infrastructure and maintenance budgets were raided to cover other costs, but with no ability to run deficits and without support from other levels of government, their hands may be forced.

Going into the pandemic Canada already had an extensive and ambitious pipeline of infrastructure projects. Projects were already well advanced, which meant governments could focus their efforts on keeping projects moving forward with the potential to deliver major economic, social, and environmental benefits. As with all infrastructure though it must be built on solid foundations. In the short term that means making sure work is done to limit damage to the infrastructure supply chain by resolving COVID-19 claims and ensuring suppliers are paid quickly, and that municipalities have the budgets to maintain their infrastructure assets and build for a better future for their communities.

(This article originally appeared in the January/February 2020 edition of ReNew Canada.)