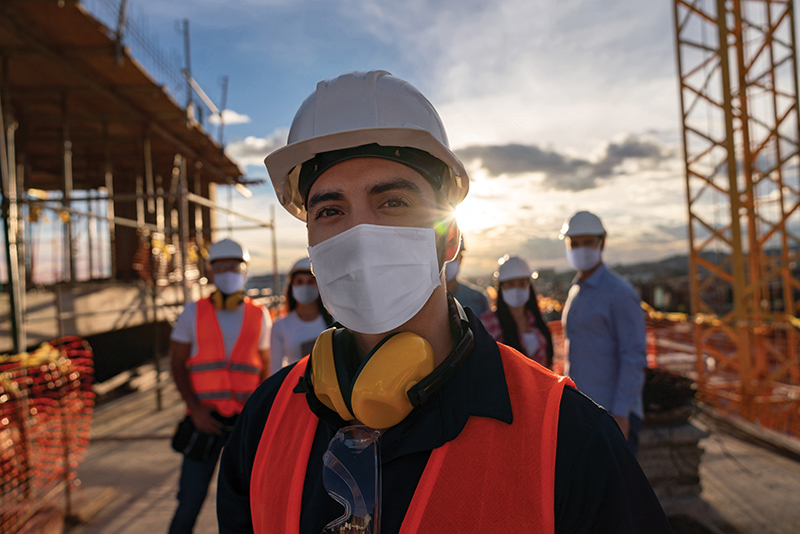 By Peter Smith and Nadia Todorova

COVID-19 has battered the Canadian economy, shaken the pillars of industry, and caused untold human suffering. The pandemic has also taken its toll on capital budgets of municipalities which, in turn, has had a domino effect on infrastructure projects.

The construction industry has suffered. In Ontario, there’s been a dramatic drop in tenders issued for municipal state-of-good-repair (SOGR) projects and contractors report that hundreds of workers were laid off in early fall. SOGR projects, the regular infrastructure maintenance work seen across cities year-round, are a critical source of employment.

Ontario municipalities are not allowed to run deficits so, as a result of higher-than-anticipated costs due to the pandemic, many have had to raid their capital budgets to pay their operating expenses, leaving very little funds to carry out these essential and much-needed SOGR projects.

Through co-operation and partnership between the provincial and federal government, there has been significant work done so far to ensure that 2020 did not deal a fatal blow to industry and municipalities. That work and co-operation must continue in 2021 to solidify and make sure that industry is able to remain working on the infrastructure that keeps our cities safe and moving.

Contractors have felt the effects and saw the gathering storm clouds early on in 2020. A survey done by the Ontario Construction Secretariat for the Residential and Civil Construction Alliance of Ontario (RCCAO), for example, found that 61 per cent of civil and engineering contractors expected to see revenue declines in 2020 compared to the previous year, while 25 per cent reported they would need government support just to stay afloat.

RCCAO commissioned the survey to quantify how firms that do work in the civil and engineering sectors in the province were impacted by the pandemic, including the volume of work expected to be coming down the pipe. The results of the survey confirmed the anecdotal observation contractors were experiencing on the ground, including having to lay off construction workers much earlier than usually expected in the season.

The survey findings supported RCCAO’s assertion that senior levels of government had to step up to provide the necessary funds so municipalities could keep moving on important SOGR projects.

Without such funding, there is only one recourse available to municipalities, and that is pull back on projects, which essentially will lead to staggering job losses and hamper the economic recovery of the province.

As illustrated by RCCAO’s previously commissioned research from the Canadian Centre for Economic Analysis (CANCEA), employment and tax revenues will take a staggering hit over the next decade unless governments work together to support municipal infrastructure investments.

There is no time to waste, as municipalities such as Toronto are reducing their SOGR budgets, which means that hundreds of millions of dollars in infrastructure repairs slated for 2020 will not go ahead.

The scene looks even worse for 2021 as the spillover effect will continue to grow. Postponing critical infrastructure work would lead not only to more serious damage to roads, bridges, and watermains that will come with an even bigger price tag for taxpayers but also lead to tens of thousands of construction workers being laid off.

This scenario was reflected in RCCAO’s November report by Prism Economics and Analysis, which showed how many construction industry and related jobs were under threat in 2021 if government and institutional building permits continued to decline at an unprecedented 35 per cent.

The report, entitled “Averting a Crisis: The Need to Protect Ontario’s Infrastructure Investments,” paints a very dark picture. It found that Ontario is headed for heavy job losses in construction and related industries and a worsening economic crisis if infrastructure investments dry up.

The report indicates 41,000 construction-related jobs are threatened, and an overall total of 117,000 direct construction, supply chain, and broader industry jobs are under threat due to cancellations.

However, we are not out of the woods yet. Municipalities are still facing significant deficits in 2021 and we are urging the federal and provincial governments to step up to the plate with a second round of funding, or Safe Restart Agreement 2.0.

It is crucial that adequate funding continues to flow in 2021, or municipalities will again face the prospect of having to delay or cancel SOGR projects to balance their budgets. Such a scenario would have disastrous effects on the Ontario construction industry and the provincial economy.

The funding provided in 2020 was a step in the right direction and showed what can be accomplished when the federal and provincial governments work together. They must now follow through on another phase of funding so that municipalities can give the green light to much-needed SOGR projects for 2021.

We must keep the momentum going and collaborate on a Safe Restart Agreement 2.0 for the 2021 construction season. Municipalities need a measure of financial certainty and a commitment, so they know they’ll have the funds to balance their budgets and proceed with SOGR projects that contribute to a health economy and employment for so many.

(This article initially appeared in the March/April 2021 COVIedition of ReNew Canada.)