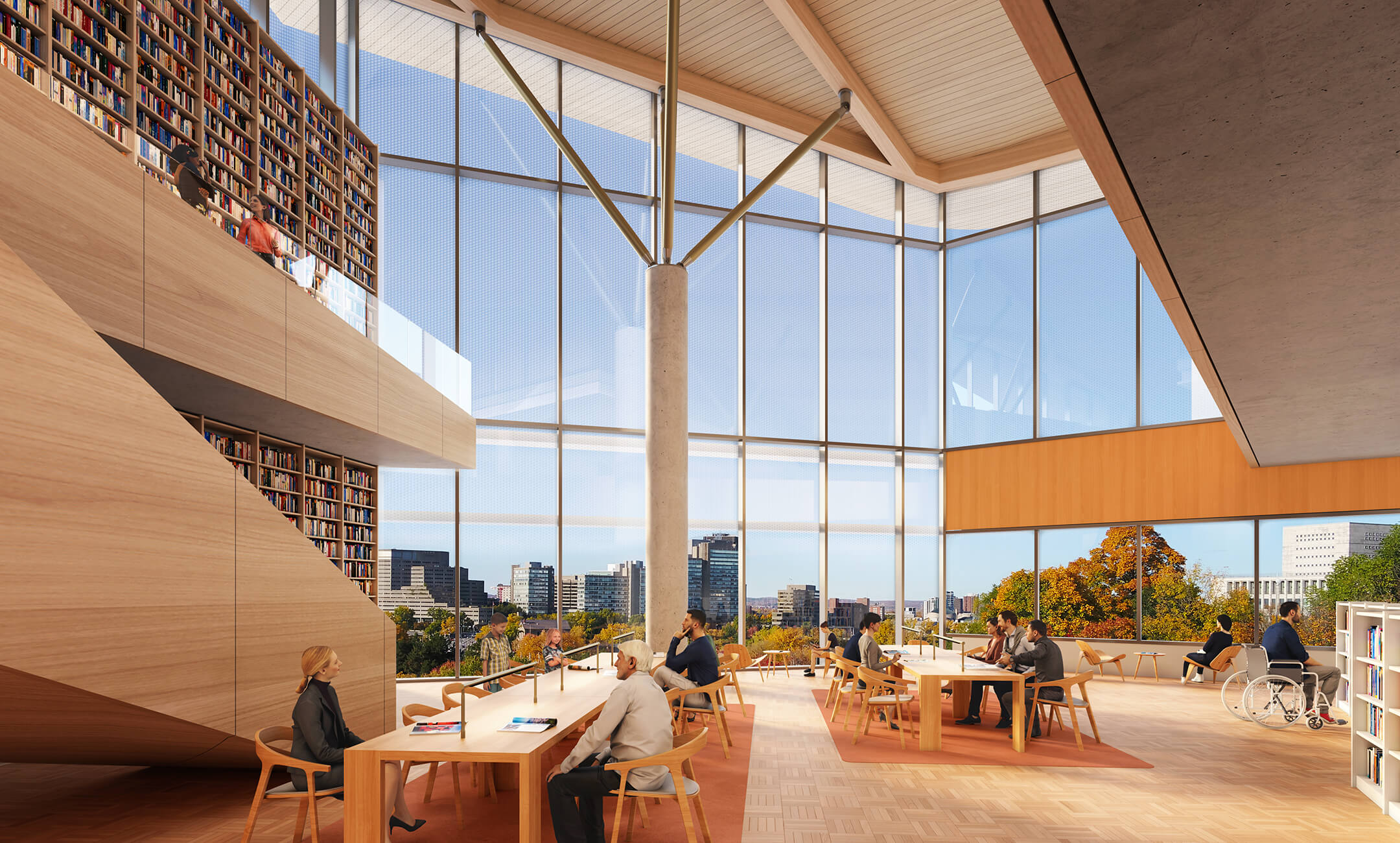 Canada can make progress towards its climate goals while supporting economic growth by moving beyond energy efficiency, ensuring new buildings are net-zero carbon and made from local, low-carbon, and carbon-storing materials. The federal government knows this and has crafted thoughtful and transformative requirements for new federal government buildings. Less thoughtful is its plan for other, non-government, buildings. To maximize efficiency, public and private sectors need a consistent approach.

Canada’s 2030 emissions reduction roadmap, entitled “A Healthy Environment and a Healthy Economy,” was released in December 2020. The plan notes the Government of Canada will: “ensure new federal buildings are net-zero and that all major building retrofits will be low-carbon, reducing embodied carbon in construction projects byb30% starting in 2025, and ensuring 75% of domestic office floor space (new leases and lease renewals) will be in net-zero carbon climate resilient buildings starting in 2030.”

These requirements are forward-thinking and best-in-class. They move beyond the outdated focus on energy efficiency and rather target carbon (including embodied carbon to manufacture construction materials), net-zero, and climate resiliency.

This new holistic life-cycle focus will push the industry forward. The federal government has the largest real estate footprint in the country and these changes will go a long way toward meeting Canada’s climate goals including by setting the bar for “future-proof” climate-smart buildings. But we need this comprehensive approach to carbon applied to all buildings if we want to meet the country’s emission targets, not just those of the federal
government. The government should be setting similar requirements for commercial and large-scale building retrofits rather than simply focusing on energy efficiency, as the plan currently does. In other words, the same guidelines that apply to the public sector should apply to the private sector. To understand why, we need to dig a little deeper.

Operating carbon includes the emissions from ongoing building operations like heating, cooling, lighting, ventilation, plug loads, water use, and other operational loads. It depends on the efficiency of the building systems and the carbon intensity of the energy sources used.

Operating carbon has been managed, via energy efficiency, for decades. Building codes across the country include minimum energy efficiency requirements that are made more stringent with each code update. This means new buildings today are significantly more energy efficient than the ones built decades ago. In addition, energy systems are decarbonizing with coal plants being decommissioned and replaced with lower carbon renewable energy. Even natural gas has a reducing carbon footprint as utilities begin adding renewable natural gas (created from biofuels) to their distribution networks. Combined, these changes are significantly reducing the emissions
associated with operating buildings.

As the amount of operating carbon continues to decrease, the other side of the carbon equation—the embodied carbon—becomes an increasingly big piece of the carbon pie. Recent studies by Architecture2030 have shown that globally, embodied carbon is expected to represent nearly 50 per cent of the carbon impact from new buildings between now and 2050. Various other studies have shown that the embodied carbon associated with typical commercial-scale new buildings in jurisdictions with low-carbon electricity, including Quebec, British Columbia, and Ontario is equal to roughly a decade-worth of operating carbon. That’s a big carbon impact to be overlooked and left unregulated. Governments and policymakers including leaders in Vancouver and California are starting to roll-out requirements aimed at reporting and management of embodied carbon.

Canada’s green building strategy should aim to make both new construction and renovations comprehensively low carbon over their life-cycle and avoid simply shifting the carbon burden from operations to embodied. To illustrate, let’s consider the example of an aging apartment building with an inefficient leaky building envelope. A strategy funded under the government’s current plan to improve energy efficiency of large-scale buildings could see that apartment reskinned with large amounts of insulation and metal cladding. These additional materials should achieve the goal of increasing energy efficiency and would also likely reduce the operational carbon if the building uses carbon-intensive operating energy.

Those additional materials, however, likely have a large embodied carbon footprint, which is not considered if we only target energy efficiency. In this example, the overlooked embodied carbon emissions associated with the renovation might take decades to pay back from the resulting annual operating carbon savings—hardly a “carbon win” towards our 2030 climate reduction targets. Looking at energy efficiency or operational carbon savings without considering the embodied carbon is like considering investment returns but ignoring the up-front costs to buy-in.

For a comprehensive approach to future buildings, two paradigm shifts are required:
1. Shift our management metric from energy to carbon.
2. Shift our period of assessment from annual operating to whole life-cycle carbon (including both operating and embodied carbon).

These changes would reframe how buildings are designed and constructed. The upfront carbon footprint to construct the building would become part of the discussion and would be optimized, rather than ignored as it currently is on most projects. Once measured, designers will start prioritizing carbon-efficient or even carbon-storing materials, and the built environment can move from being a net carbon contributor to being a net carbon sink. This approach also prioritizes local materials to minimize transportation-related emissions and supports local jobs.

In the short term, all building programs (both public and private) should evolve their focus on energy efficiency to instead reduce life cycle carbon emissions, including embodied carbon. This approach ensures we don’t retrofit our buildings with a large pulse of embodied carbon in the short term, only to achieve long-term carbon savings which
could blow past our 2030 targets.

The government knows this—as demonstrated by its thoughtful new requirements for federal buildings. Now is the time to apply this knowledge more broadly to consistently craft carbon-smart solutions across all building programs, including for non-government buildings. We don’t have any time to waste.

Ryan Zizzo is a professional engineer and founder of Mantle Developments, based in Toronto, Ontario.