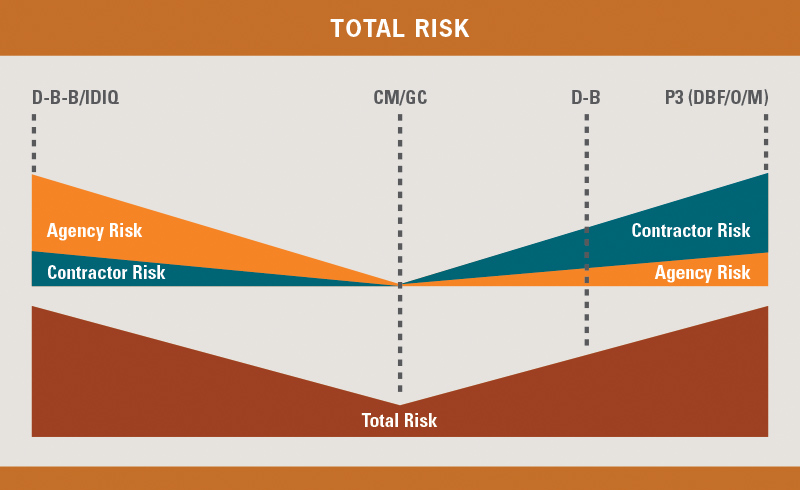 Due to the COVID-19 pandemic, municipal finances are tight and even with funding support from senior orders of government, it will be difficult for local governments to address asset management priorities. The property tax base has always had its limits and is now being stretched by operational demands. Gas tax and other programs have played an important role in funding community infrastructure, but these are insufficient to meet the growing backlog of projects.

Are there alternate ways to promote state-of-good-repair or even replacement of aging structures in an expedited fashion and to achieve the multiple policy goals? Canada’s infrastructure and communities minister, Catherine McKenna, has advocated for a “triple duty” approach where economic recovery imperatives are bolstered by greater resiliency and social inclusion considerations, including community benefits.

Project bundling provides an opportunity to fast-track construction delivery timelines and to do so at reduced costs. In the U.S., major bridge bundling programs have resulted in hundreds of aging or structurally deficient bridges being rehabilitated or replaced within a short period of time compared to traditional procurement methods.

In 2017 I was the kickoff speaker at an infrastructure forum hosted by S&P Global Ratings and the Canadian Council of Public-Private Partnerships (CCPPP) to discuss how the market potential of bundling could be unlocked and to explore solutions to fund smaller assets. Two major bridge bundles were discussed: Missouri’s Safe and Sound Program where 802 bridges in poor condition were replaced (554) or rehabilitated (248) by late 2012, well ahead of schedule, and the in-progress Pennsylvania Rapid Bridge Replacement Project to address 558 structurally deficient bridges. This article expands on this presentation by examining recent experiences such as the move to bundle other asset classes.

What does “bundling” mean?

A straightforward explanation of project bundling is “awarding a single contract for several preservation, rehabilitation, or replacement projects.” According to a 2011 paper prepared by Infrastructure Ontario, bundling refers to “the grouping or consolidation of the procurement of two or more projects with the view of entering into a single contract with one vendor.”

IO’s paper went on to say that the “projects that may be considered for bundling are those that are contiguous, of similar scope, grouped in a defined geographical area or in locations separated by a considerable distance.” Translation: one municipality, region, or county could be part of an initiative to remediate similar assets or the contract could cover more than one jurisdiction.

The U.S. Federal Highway Administration notes that bundling can streamline environmental analysis and permits, design, contracting, and construction. To enhance successful outcomes, dealing with many projects such as bridges with similar designs and age profiles will result in greater cost effectiveness due to standardization.

The state chose Plenary Walsh Keystone Partners to deliver this U.S. $1.12 billion project. Substantial completion was achieved in 2019 because the bulk of the bridges had similar dimensions and precast structures were used to minimize on-site time. At the outset, Pennsylvania provided permit approvals for the first tranche of projects and made process modifications relating to the National Environmental Policy Act.

Maximizing local content was an objective so the state was divided into sub-regions where construction and design firms had access to the tenders. In total, 18 different Pennsylvania-based contractors were involved in completing this project, with most construction personnel from local trade unions. Further, there was a boost to the regional economy due to supply chain benefits. Construction materials were primarily sourced from suppliers and fabricators within the state.

A Design-Build-Finance-Operate-Maintain contract ensures that quality is high as the lead contractor is responsible for maintenance over a 25-year period following construction completion. When infrastructure is built to a high standard and properly maintained, it will have a longer lifespan. The consortium must hand back the bridges in a high condition rating.

This was the first P3 project in the U.S. to utilize a performance bond with an accelerated adjudication period, which S&P credited in its ratings rationale as providing greater certainty to investors.

In a “Lessons Learned” report, the transportation department estimated that replacing the structures using conventional contract procedures would have taken eight to 12 years. Instead, the construction program took about three and a half years, thus reducing impacts to the traveling public compared to a traditional delivery program.

In 2018, the City of Saskatoon was honoured with a CCPPP gold award for the North Commuter Parkway & Traffic Bridge Project which was the first P3 bundled transportation project in Canada. This $240 million project contract was not only innovative but also fostered a partnership with Indigenous communities.

A new six-lane, multi-purpose bridge was renamed during the construction phase and pays tribute to Chief Mistawasis, the Cree Chief who signed Treaty 6, and is intended to represent reconciliation with Saskatoon First Nations. Indigenous workers were also on construction crews. Road extensions connect to a rehabilitated traffic bridge where a new steel-truss structure preserves its early 20th-century character while adhering to more rigorous safety standards.

Louis Feagans, managing director of asset management for Indiana’s Department of Transportation is a proponent of project bundling but is seeking to improve decision making by moving from spreadsheet-type analyses to taking advantage of artificial intelligence (AI) and machine learning to inform the bundling program. According to Feagans, when AI is blended with expert review and other inputs to provide insight on unstructured data there are numerous benefits.

Among his takeaways on this approach: it saves time, it improves project selection, and it results in cost optimization. In fact, he said that the significant cost savings—such as the 27 per cent savings for the U.S. 50 Bridge Rehabilitation Corridor—are being redirected to other construction work.

Bundling small structures, bridges, and road projects into a corridor contract has resulted in coordination and mobilization benefits. While Indiana’s department was quite eager to be the leader in issuing bundling tenders, Feagans indicated that there was push back from the contractor community. When too many bundles were released, contractors expressed that they could not handle the size of the projects. In this instance, there is a parallel with Ontario’s experience in 2013 when large bundles for the Eglinton Crosstown LRT resulted in a lack of bidders.

Feagans also warns not to mix interstate with non-interstate road projects; combining union and non-union workforces in a bundle can be problematic. He advises to select similar project types— historic bridges should be treated as standalone projects—and be cognizant about scheduling on a concurrent or consecutive basis.

Beyond bridges to broadband

In Kentucky, a broadband bundling project was awarded to install a 3,000-mile (4,828-km) fiber optic network along roads throughout the state. The program is nearly complete, but the first segments were operational in less than two years, and 13 other states are bundling broadband and fiber optic projects.

Branded as “KentuckyWired,” the program will help pay for its construction in two ways: it will own its middle mile network rather than paying private companies, and it will lease half of its fiber strands to private companies. Productivity in government offices has already dramatically improved in rural areas where connectivity  was problematic.

Where do we go from here?

The Canada Infrastructure Bank (CIB) has reinvigorated its mandate and its Growth Plan focuses on five areas where a positive impact could be made. Could the CIB partner with sub-national jurisdictions and its agencies to deliver bridge, broadband, or other infrastructure in an accelerated way? To generate revenue, will better methods be found to charge users of infrastructure?

Even though project bundling is not held out as a panacea, it is worth pursuing on a pilot project basis. To underline the earlier statement about limited municipal funding, the risk of deferred maintenance will be evident across all jurisdictions, but perhaps more so for small towns and in rural areas. This is an ideal time for senior orders of government to assist the hard-pressed municipal sector. If the CIB provides funding and program support for a trial in one or two jurisdictions and it is successful, the bundling approach could be replicated elsewhere and across different asset types.

When I asked Dan D’Angelo, principal engineer with ARA what he expects with President Joe Biden’s administration, he responded: “I do expect bundling to become more popular due to the fiscal constraints governments face and even more so if there is an infrastructure economic stimulus program.”

Project bundling will allow us to build and rehabilitate municipal infrastructure faster than we would under traditional procurement models. It has the potential to be transformative as we build back better during this economic and  social recovery.

Andy Manahan is presiden tof Manahan Consulting Services, a newly formed boutique firm with a goal of becoming a trusted advisor on infrastructure and development projects.