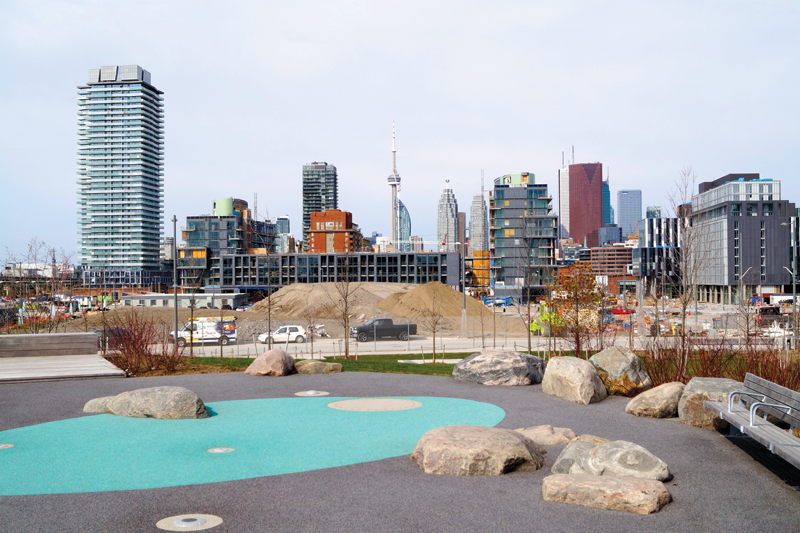 As the curtain came down on the 2010 Vancouver Olympics, Canada deservedly beamed with pride as our competitors skated, skied, and slid away with a bobsled full of medals. Fast forward four years to Sochi and the sporting legacy of Vancouver shone through again. It also served to highlight another important legacy: the positive and lasting social and economic impact a well-planned major sporting event can have on the host city. Done well, big sporting events can be a powerful vehicle for change.

Planning for a high-profile sporting event comes down to a series of trade-offs for city planners and governments, and imposes a high-profile deadline. In order to build the facilities and infrastructure the games require on time and on budget, the organizers must have a strong vision of what they ultimately want to achieve and stick to it. The most successful games have managed to stick to a vision while satisfying a broad range of interests.

In a country like Canada—a democratic society with multiple layers of government—it can prove very difficult to stick to that vision. Take the Toronto 2015 Pan Am/Parapan Am Games as an example: to get the green light for a bid, it required funding from the federal, provincial, and multiple municipal governments—a lot of people with different views on what would make a successful games or who think the money would be better spent elsewhere. Politicians will be repeatedly asked by constituents why money is being spent on a new velodrome when a local school is falling apart, a road resembles the surface of the moon, or a long-promised hospital is bumped down the priority list.

Support from the start has to be strong and broadly based, which means getting different interests on board. Looking around a typical cabinet table, why would the ministers of health, transport, education, and housing be supportive? What could win acceptance from politicians scattered around the province or country who will not host any events or get any of the direct benefits? How can you build excitement amongst people who have zero interest in sport? A strong vision will lay the foundations for answering all these questions and help to ensure that trade-offs are not to the detriment of the games as a whole.

See also  The Future is Hybrid

Future of facilities
The first consideration is what purpose the facilities will serve post games. There are countless examples of stadiums and venues around the world that were built with no long-term consideration beyond hosting four weeks of competition. Beijing’s iconic Bird’s Nest has hosted a pitiful number of events since the world saw Usain Bolt light up the 2008 Olympics. Equally, the Athens Olympics served to add a more modern set of ruins to join the more established Acropolis, as purpose built venues went unused and neglected. Toronto has spread the benefits of hosting the games and sensibly provided lots of reasonably sized new venues that will benefit communities all around the city for years to come.

Infrastructure dividend
As with many games, both Vancouver and Toronto saw their respective games as an opportunity to build new transit infrastructure. Take Toronto’s Union-Pearson Express line and Vancouver’s Canada Line as examples. Both cities lacked a connecting link from their downtown core to the international airport. These projects, which had been in limbo for years, quickly climbed their way up the government’s priority list as a direct result of hosting these events and the deadline it imposed. Vancouver’s Olympics also acted as a catalyst to get people out of their cars and to make Vancouver a more transit-friendly, walkable city. Even though Toronto’s other big transit projects that were supposed to be delivered in time for the Pan Am Games have wilted somewhat under the pressure and in the face of a number of challenges, the games at least provided the necessary impetus to get these projects built.

From a political point of view, possibly the most attractive and daunting aspect of deciding to host a major event is the deadline it imposes and the attention it generates. Would Toronto’s Union-Pearson Express have been built without the impetus the Pan Am Games provided? Probably, but certainly not by this summer. The problem is what happens when timelines slip. With a deadline approaching, politicians are put into a corner where they either face the embarrassment of having half-finished facilities when the world comes to town, or having to shell out large amounts of money to speed things up.

This happened with the Athletes Village at the Vancouver Olympics. In early 2009, the deputy city manager overseeing the construction of the village resigned. Shortly thereafter, Vancouver Mayor Gregor Robertson asked the province of British Columbia for further funding to help the city finish the project on time. After additional funding was provided, the construction of the village finally finished later that year just before the opening ceremonies. Due to the political issues, the financial constraints, and the construction deadline, the Athletes Village was poorly built. Reports of leaky bathrooms, cracks in ceilings, faulty heaters, and small rooms began to circulate on national newspapers. In the end, the project ended up being a black eye for an otherwise very well-planned Olympic Games.

Broader benefits
Infrastructure investment around these major events provides the opportunity to build broader support amongst different parts of government. Barcelona’s 1992 Olympics provided the template for how a games can be used to totally transform a city. London followed Barcelona’s model and used the games as an opportunity to regenerate a large deprived and run down part of the city, with 75 per cent of the money spent focused on regenerating East London. London’s Olympic Park saw the athletes villages converted to new affordable housing, parklands, a community health centre and a basis for further economic development in the area. Vancouver’s Convention Centre, used as a media centre during the 2010 Winter Olympics, was expanded into a large, modern conference venue overlooking the harbour which will help draw business travellers and host events for years into the future.

Even if the facilities and infrastructure are world class and the benefits to the city hosting are abundantly clear, it still does not answer the concerns of people around the country who will see little direct benefit. Much as the oil producers of Alberta have been keen to encourage suppliers from around Canada to come and do business in the province, so must games organisers make it easy for companies around the country to be involved in providing their goods or services to get the facilities built, and ensure the games are a success. Profiling the success of companies around the country in winning projects or contracts associated with major sporting events has become an absolute necessity to win greater acceptance of a sceptical public.

The time lag between making a decision to examine the feasibility of submitting a bid, winning a bid, and hosting the games typically runs to five or more years, and can include a couple of election cycles. That translates to a lot of newspaper columns and media hours to fill in the run up to the event. What typically fills that vacuum is any hint of cost overruns or slipping schedules. With the strict deadlines, the public interest locally, and the worldwide attention they attract, an Olympics or Pan Am Games can be an ideal opportunity for companies to showcase their expertise and competency. But small local issues can quickly turn into a national crisis and lead to a round of high profile—and very public—finger pointing, which can seriously damage reputations. On the flip side, once the games are over, if the general perception has been positive, companies involved can bask in the afterglow of their success and use the experience gained as a strong case study for delivering under pressure.

Go Canada
With a budget of more than $2.5 billion invested in 31 venues in 16 municipalities, the Toronto 2015 Pan Am/Parapan Am Games are the culmination of a lot of effort under serious scrutiny. The legacy of the games will be determined by how the facilities are used after the last medal has been awarded, the endowment of new infrastructure, and the broader economic and social benefits. Despite some challenges along the way, Toronto can be proud of what was achieved through these games. The venues are ready, the athletes have trained hard, now it is up to us to fill up the venues and cheer them on.