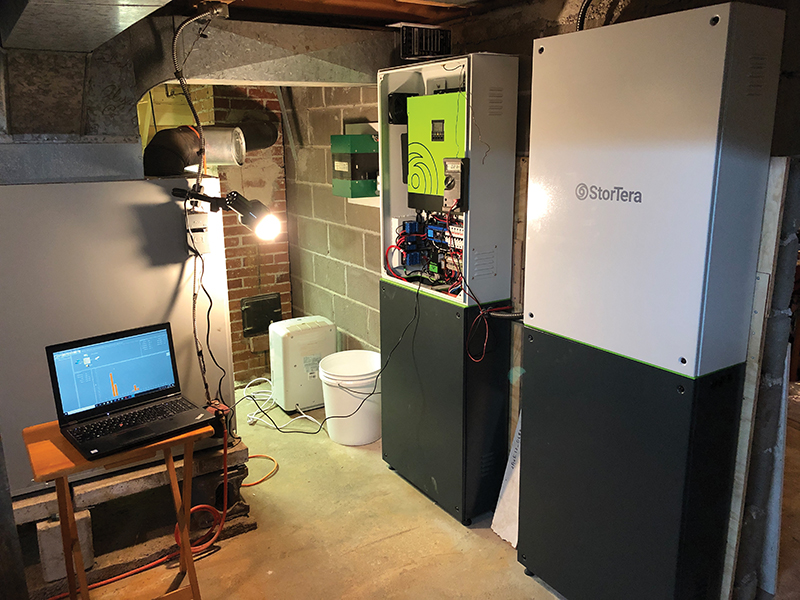 In the global rush for renewable power, Berwick, Nova Scotia, has about a century’s head start.

It began in the 1920s, when the Berwick Electric Commission was founded to manage this community’s single hydroelectric dam; now they’re part owners of the Ellershouse Wind Farm, stealing megawatts from the breeze. This small, splendid, and otherwise unremarkable community has quietly become a champion of renewable power.

“Our early foray into the world of renewables has caught the imagination of our council,” said Berwick Mayor Don Clarke, “and indeed many residents will tell you they enjoy living in a progressive, green town.”

In October of 2019, Berwick joined municipalities across the country in declaring a climate emergency, acknowledging their minor contribution to the climate crisis as well as their willingness to do something about it. Clarke said that over 60 per cent of Berwick’s electricity is now renewable, either produced locally with wind and water or else purchased from Nova Scotia Power, but in the very near future, they intend to do much, much better.

From July of 2019 until about March of this year, the Town of Berwick financed energy efficiency upgrades for 25 buildings within its borders, commercial and residential, through the Berwick Green Energy Program. This entailed the installation of heat pumps, solar water heating systems, additional insulation, smart thermostats, modern lighting, highly efficient Energy Star windows and doors, electric car charging stations and more, with all upfront costs borne by the town. The technical expertise for this venture, however, came from the private sector.

Equilibrium Engineering is a Nova Scotian energy services firm specializing in sustainable and efficient building design. They facilitated the Berwick Green Energy Program with energy audits, contractor oversight and administrative support for the municipality. Among other things, they enabled Berwick to displace significant sums of carbon dioxide and make better use of their existing renewables. The Berwick Green Energy Program is on hold, but this partnership between company and community is on to bigger and better things.

The Power Forward Challenge is a contest organized collaboratively by Natural Resources Canada and the Department for Business, Energy and Industrial Strategy in the United Kingdom, wherein Canadian and UK companies were encouraged to partner with one another and propose projects which would further the cause of smart grid technology. Finalists received $3 million to make their proposal a reality.

One such proposal came from the cross-Atlantic partnerships between Equilibrium Engineering and StorTera, a lithium ion battery manufacturer based in Edinburgh, Scotland. Together, they proposed bringing Scottish batteries to Berwick, and with the vocal support of the community, they won their $3 million.

“The idea of Power Forward is to advance some sort of disruption technology, but also to advance international collaboration,” said Jeremy Lutes, a partner with Equilibrium Engineering. “It’s working.”

At this moment, Lutes and his colleagues are overseeing the installation of residential lithium ferrous phosphate battery packs, supplied by StorTera, into 10 Berwick homes, each system complemented by a rooftop solar array. They will also be installing two commercial scale battery packs (the size of shipping containers) for use by the Berwick Electric Commission.

As finalists in the Power Forward Challenge (there are seven total), Equilibrium and StorTera must finish their work in Berwick by the end of 2020 to qualify for a grand prize of $1 million, but given the frustrations of the global pandemic, Lutes expects Natural Resources Canada will extend the deadline. Even so, Equilibrium Engineering doesn’t plan to miss the New Year by much.

Gavin Park, director and CEO of StorTera, said their batteries will allow for more intelligent use of Berwick’s renewable energy, squaring the demands of customers with the unpredictability of wind, water and sun, and foster more electrical independence. Then, of course, there’s climate change.

“It’s why we set up StorTera, why we partnered with Equilibrium Engineering and decided to go for this project in Berwick,” said Park. “For these residential homes, we are putting in efficiency measures, moving them off burning oil and giving them sustainable alternatives. As well as generating their own solar, we can support the utility’s locally generated wind power by storing energy when it is windy. A preliminary estimate of the impact of these measures is that they will save between 60-90 tonnes of carbon dioxide, per year, just with the residential systems.”

These tonnes of carbon equate to the annual electrical demands of 10-15 U.S. homes.

The power of connection

According to the International Renewable Energy Agency, the price of battery storage technology will drop an estimated 66 per cent between 2017-2030. For the moment, however, Lutes said Equilibrium’s work in Berwick would be prohibitively expensive without financial aid from the Power Forward Challenge. When the price does drop, he said Canada will be grateful for the pioneering steps taken in Berwick, proving the technology and building the market.

Equilibrium Engineering is in the process of signing a “distribution agreement” with StorTera, empowering this Nova Scotian company to sell Scottish batteries on Canadian soil. The value of this distribution agreement will only grow, said Lutes, for themselves and for Nova Scotia at large, as prices drop and StorTera continues to innovate new products.

Of particular interest is StorTera’s so-called “Flow Battery,” which relies on an energy dense liquid to store electricity. While existing prototypes still rely on lithium sulfur (three per cent low grade lithium sourced from recycled batteries only), Park said they are exploring new materials altogether, and hope the final product will be entirely recyclable. These Flow Batteries have a 20-year lifespan, and, Park said, will be “significantly cheaper than lithium ion” at scale.

Even as Scottish batteries are being installed in Berwick homes, the community itself is not standing still. Clarke said they are forging ahead with the concept of “solar gardens,” in which Berwick residents can invest to receive an equivalent credit on their monthly electricity bill. Rooftop solar arrays are not within everyone’s budget, he said, so smaller investments in community arrays would make solar feasible for most residents.

“Our interest in renewable energy has led to an interest in the whole climate change discussion,” said Clarke. “The overwhelming scientific evidence… points to the urgency for a change of attitude globally, and to a reduction in greenhouse gases. It seemed only natural for the Town of Berwick to take the initiative locally.”

Zack Metcalfe is a freelance journalist, columnist and author active across the Maritimes.

Featured image: StorTera’s batteries will allow for more intelligent use renewable energy, squaring the demands of customers with the unpredictability of wind, water and sun, and foster more electrical independence for residents of Berwick, N.S.