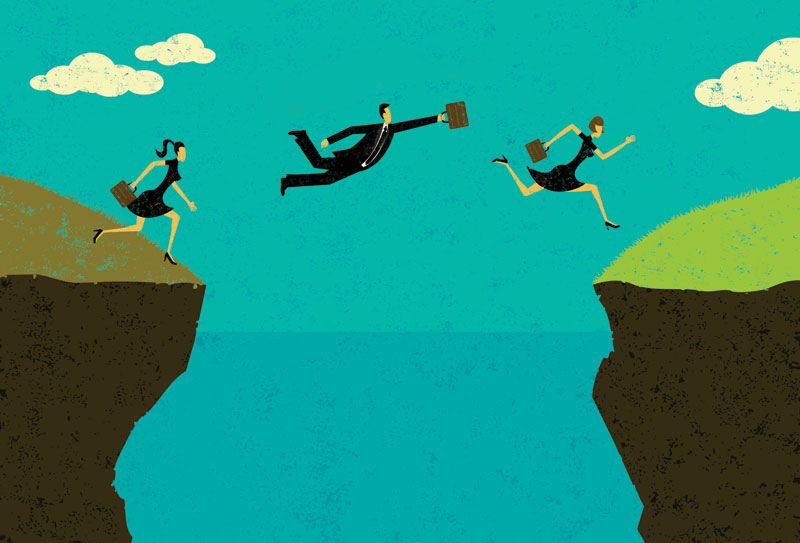 2. This increased investment could not come any sooner: a significant amount of municipal infrastructure ranks between “fair” and “very poor,” and the replacement costs of these assets alone totals $171.8 billion nationally; and

These conclusions raise a number of questions that many are now struggling to answer: most importantly, how can infrastructure be delivered in a predictable, cost-effective, and expeditious manner, taking into account the interest of various stakeholders, with a view not just to short-term solutions, but rather to long-term sustainability? A relatively new form of infrastructure project delivery known as integrated project delivery (IPD) is one alternative to procuring an infrastructure project, and it raises a number of legal issues that must be addressed.

Sharing the load
IPD developed partially as an alternative to the structured relationships and responsibilities of the traditional design-bid-build model of project delivery. Although IPD is much more prevalent in the United States, it appears to be gaining some traction in Canada.

The American Institute of Architects defines IPD as “a project delivery method that integrates people, systems, business structures, and practices into a process that collaboratively harnesses the talents and insights of all participants to reduce waste and optimize efficiency through all phases of design, fabrication, and construction.” The goal is to bring the key project delivery participants (typically the owner, architect, contractor, and major trades/sub-consultants) together at an early stage of the procurement to work collaboratively to deliver the project effectively, with every participant sharing in the project risk and reward.

Potential legal issues
The IPD model creates new forms of relationships that have never existed previously. At the outset, these relationships should be defined and the allocation of risk between the different IPD parties resolved, with the provisions for administration of project risk clearly drafted.

A key principle behind IPD is that risks traditionally accepted by one party will now be shared between the parties; however, the reality is that each of the different parties plays a vastly different role in the project. The participants in the IPD project may require a much more symbiotic mindset than with the traditional model. The responsibilities between the parties should therefore be addressed early and definitively. To the extent that the parties have a pre-existing relationship, this may be more manageable than in situations where the parties are strangers.

Another potential issue is in the use of standard form agreements. The many intricacies of the IPD model and the risk allocations therein require complex, multi-party, and interlocking agreements. While standard form documents can be effective starting points, they should be tailored to consider the risk profile of the participants and the specific nature of the infrastructure project. Contract task matrices, project cost adjustments, and project quality adjustments can be used to clarify the division of risks and responsibilities between parties, provided they are clear as to the expectations imposed on each.

Often, to align the parties’ interests, a mutual waiver of claims regarding costs and schedules is ordinarily a feature in IPD agreements. However, the IPD participants should carefully consider the impact of such waivers, and what exceptions to these waivers (such as the ability to claim for defects and professional liability), if any, are necessary in order to protect each party. Parties should also consider any dispute resolution mechanism contained in the IPD agreements and whether such mechanisms would be preferable to other alternatives in the event of a dispute.

Compensation under an IPD model can also be much more nuanced than in traditional infrastructure models, with incentive-based compensation often built in to further align the interests of the parties. However, these compensation systems need careful consideration to avoid any uncertainty when allocating shared responsibility for the project schedule and budget.

Unlike other traditional delivery models that have been tried and tested over many projects and for many years, any new delivery method will invariably have to go through a period of trial and error with refinement through lessons learned. This model will likely evolve over time as IPD increases in scope and usage, and in a manner that exposes the risk tolerance of the participants through experience.

Additionally, the use of the IPD model on public projects may pose some additional challenges. To the extent that there are any directives or regulations imposing obligations on public bodies in the procurement process, these must be considered throughout the process to ensure that they are complied with.

And finally, no infrastructure delivery method, whether IPD or otherwise, can fully account for the unpredictable nature and potential unforeseen issues inherent with all infrastructure projects. The only certainty is uncertainty, and the IPD model’s ability to withstand these issues will be put to the test.