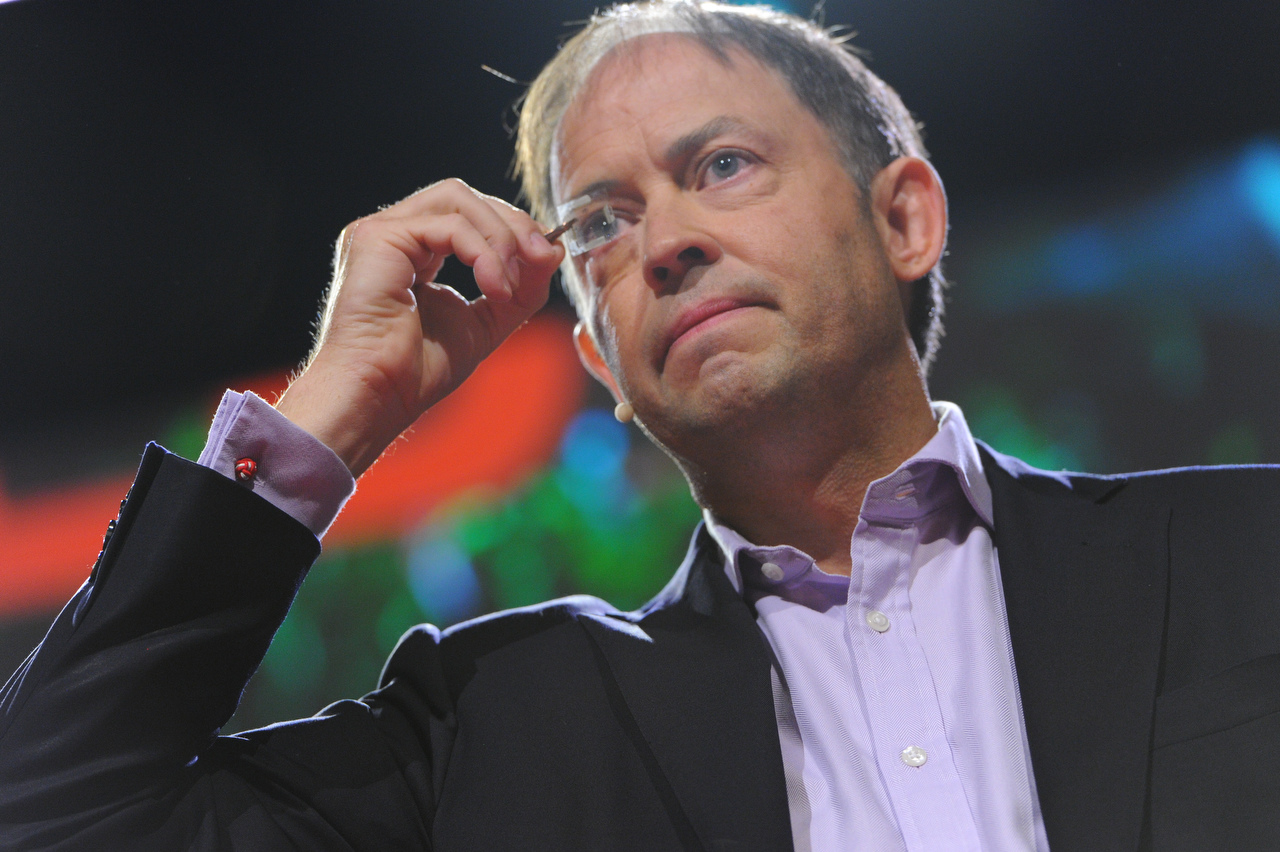 When this annual series of conferences started in 1984, TEDTalks focused on technology, education, and design. While organizers kept the acronym, the scope of Ideas Worth Spreading has since expanded to include just about any imaginable topic, from music and social issues to literature and sustainability. It’s become a forum for innovators to showcase their leading-edge ideas.

As the public becomes more aware of industry issues, from electricity shortages, to aging infrastructure, to climate change, these talks started to address those very topics. Ideas range from mushroom as insulation to metals that breathe and minerals that “heal” themselves. Are these ideas the future of construction materials?

Styrofoam does many things. It holds coffee, protects fragile items and insulates buildings. It also clogs landfills and meanders to the ocean, where a lot of it joins the Great Pacific Garbage Patch.

According to Eben Bayer, we don’t need styrofoam. Bayer says we already have the ideal replacement material: mushrooms. Bayer, co-founder and CEO of Ecovative Design, co-invented MycoBond, a combination of crop waste (like corn husks and rice husks) and mycelium.

Mycelium consists of hyphae, a network of fine white filaments. In nature, mycelium occurs in fungi. In Bayer’s hands, hyphae are the “glue” that holds organic feedstocks together. When mycelium meets feedstocks in a mold, it self-assembles into a form shaped like the mold. “The organism does most of the work in this process,” Bayer says, adding that making MycoBond doesn’t demand much equipment. “You can have lots of small facilities spread out across the world.”

Among other products, Bayer’s group is developing Greensulate, rigid MycoBond-based insulation board. Unlike styrofoam, MycoBond “is 100 per cent compostable in your own back yard,” Bayer says, noting it’s part of nature’s recycling system.

Bayer’s TED presentation includes a time-lapse video that shows how mycelium, when combined with feedstocks in a corner-block-shaped mold, weaves its way through the feedstock. After five days, any part of the feedstock that the mycelium doesn’t digest becomes part of the finished product. Result: a waste-free production process.

Architecture that repairs itself//WATCH THE VIDEO

The lagoon around the Italian city of Venice plagues its buildings, propped on wooden piles just above the water

Scientist Rachel Armstrong wants to save these buildings using her research in synthetic biology and smart chemistry to grow artificial limestone reefs under them. “I’m interested in the use of metabolic materials for the practice of architecture,” Armstrong says. “But they don’t exist, so we have to make them.”

The metabolic materials Armstrong’s team designs is based on the protocell, “a little tiny bag with a battery in it, and no DNA,” as Armstrong describes it, adding that protocells behave as though they are alive.

One of the reef-building organisms Armstrong and her team have engineered naturally moves away from light and towards darkness. This behaviour would keep reefs out of Venice’s navigable canals and have them grow in the darkness under its buildings, essentially petrifying, and sustainably reclaiming, the city’s foundations.

“We don’t just want limestone dumped everywhere in all the pretty canals,” she explains. “What we need it to do is [creatively craft it] around the wooden piles.”

In pursuing protocell-based technologies, Armstrong wants to reverse the Victorian-era building practices she says still reign today. “There’s a one-way transfer of energy from our environment into our homes and cities,” she notes. “This is not sustainable.”

Metal that breathes//WATCH THE VIDEO

Thanks to her background in biology (she originally planned to go to medical school), the assistant professor of architecture at the University of Southern California wondered whether building envelopes could “breathe” like human skin.

To make this happen, Sung works with thermobimetal, which looks like sheet metal and consists of two different metals laminated together. Each metal has a different coefficient of expansion, so each reacts to heat and cold by expanding and contracting at different rates. As a result, thermobimetal curls when it experiences temperature changes, without needing electricity or human intervention.

Now, imagine a layer of thermobimetals in the cavity of a double-glazed window. This layer contains segments cut short enough to keep the thermobimetal from touching glass when it curls.

As the sun heats the cavity, the thermobimetal layer curls to block the sun, reducing the load on climate control systems. “In a high-rise building, where panel systems go from floor to floor […] the entire [building] surface could be differentiated at different times of day depending on how the sun moves across and hits that surface,” Sung says.

Nobody needs to open or close blinds. Nobody needs to worry about a residence when on vacation. And a building with sealed windows is still habitable during a power outage.

A time-lapse video of Bloom, a proof-of-concept art installation made of thermobimetal, shows how it works on a large scale. “When the sun hits the surface, it constricts the amount of sun passing through,” Sung explains. “In other areas, it’s a ventilating system, so that hot trapped air underneath can move through and out when necessary.”

Sung also explains how grasshoppers breathe through spiracles in their sides and posits that buildings can bring air in through their sides too. “Air could potentially come through walls instead of opening windows,” she says.

See also  The wisdom of green infrastructure for Manitoba's future

The power plant of tomorrow//WATCH THE VIDEO

TED speakers on sustainability have something of the eco-warrior in them, and it’s more apparent in Justin Hall-Tipping than most. He starts his talk with the dour observation that a news report of the B15 iceberg breaking off Antarctica’s Ross Ice Shelf called the event “normal.”

He used an image of the massive berg to segue to the other extreme on the size scale: nanotechnology and the electron. Manipulating individual atoms and molecules, Hall-Tipping posits, can help society solve massive problems.

As CEO of NanoHoldings LLC, Hall-Tipping invests in nanotechnology ventures. During his talk, he presents three materials engineered to deliver energy independence. The last product he discusses, a slim combination of two transparent nanomaterials, converts infrared light into electrons—and light.

Hall-Tipping also shows a thin, transparent film that consists of carbon nanotubes combined with a polymer. Affixed to a window, this film can change shades to either let in light and heat or keep them out. “To change its state takes two volts from a millisecond pulse. Once you’ve changed its state, it stays there until you change it again,” says Hall-Tipping.

Combining these two products, Hall-Tipping implies that buildings can both generate light and shade windows without using conventional sources of electricity.

He is also investing in developments to store the energy that nanomaterials generate. “The energy grid of tomorrow is no grid, and clean, efficient energy will one day be free,” Hall-Tipping claims.