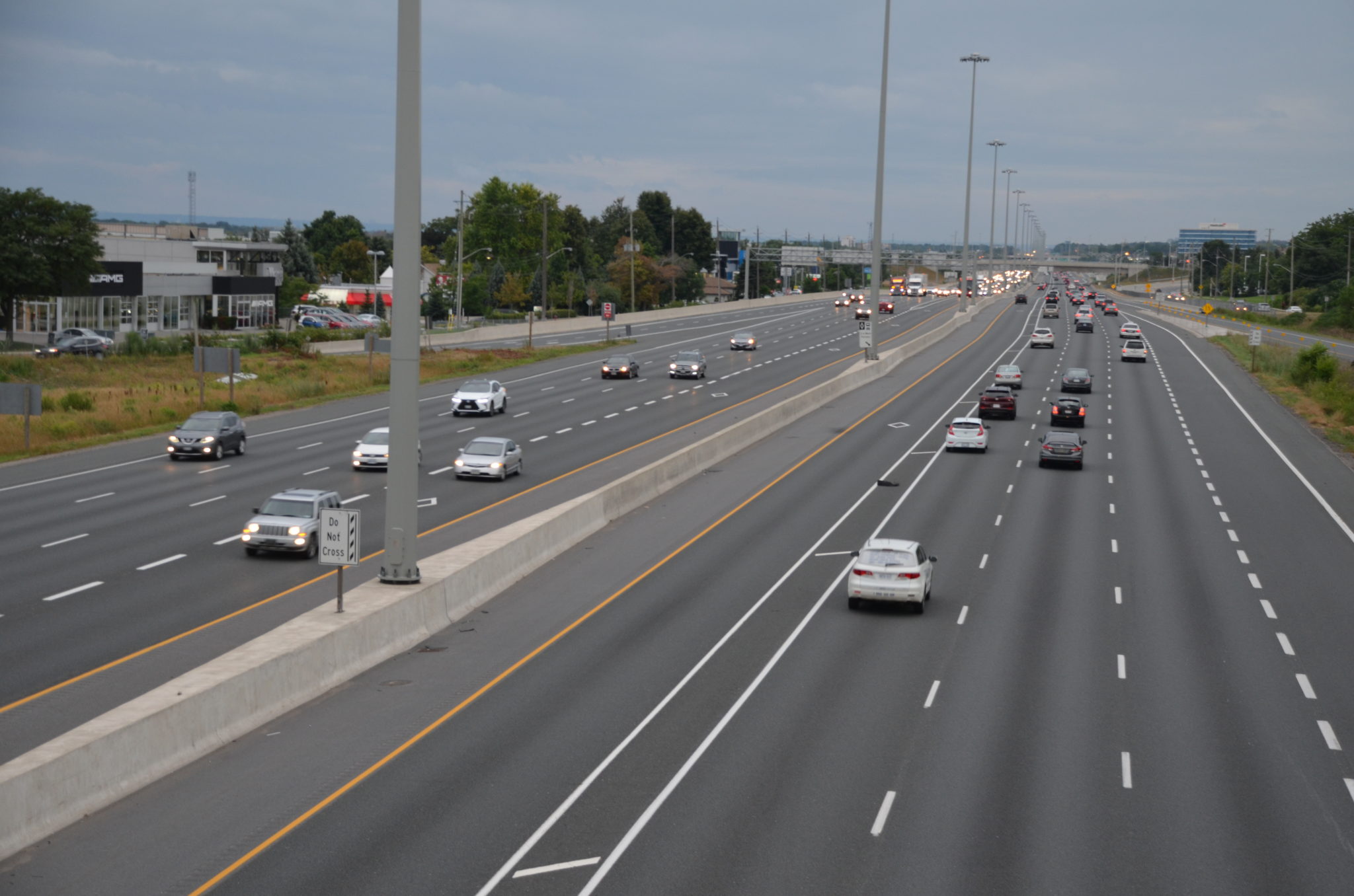 Do you remember the last time you raced out the door with just enough time to make it to your destination, and how your heart sank when you saw the line of glowing red brake lights on the highway?

Perhaps you were heading to an important meeting or going home to pick up a sick child from school. Since you had no option to avoid traffic congestion, you were very late. Increasing congestion across the Greater Toronto and Hamilton Area (GTHA) means this story gets played out thousands of times a day. Fortunately, the province soon will be offering solo drivers an option when they are late or in a hurry.

Starting Sept. 15, high-occupancy toll (HOT) lanes will be opened in a 16.5-kilometre stretch of the QEW between Oakville and Burlington which are currently high-occupancy vehicle lanes (also referred to as HOV or carpool lanes). HOT lanes will allow permit-holding drivers to use the carpool lanes, while those who carpool with one or more passengers will continue to use the lanes for free.

This is a modest first step towards introducing a network of HOT lanes to the GTHA, which will make life better for all of us. Assuming that the province eventually will abandon the lottery system for obtaining a limited number of HOT lane permits, there are at least five reasons why HOT lanes should be rolled out across the GTHA:

1. A network of HOT lanes has the potential to benefit everyone because a reliable option is provided for days when we are in a hurry.

2. HOT lanes help those riding buses by reducing their travel time and improving transit commute reliability, as we saw with the Pan Am HOV lanes. This will encourage more people to ride the GO bus, and taking those would-be drivers off the road will also improve congestion.

3. HOT lanes assist those carpooling, perhaps even more than HOV lanes. With a HOT lane, even if your carpooling buddy cancels at the last minute, you can still pay for its use to make it to work on time.

4. HOT lanes provide a boost to every driver because total highway capacity is increased. A HOT lane moves more vehicles than a standalone HOV lane by ensuring that the lane is more fully used; in addition, analysis of 400-series highways, as well as highways around the world, demonstrates that when too many cars are jostling over too little road space, traffic gets jammed and reduces highway capacity, typically by 10-25 per cent. By adjusting the toll to keep the HOT lanes better utilized, but not jammed, we should be able to avoid this capacity drop, improving traffic for all commuters.

5. We can use the revenue raised by HOT lanes to ensure the gains are shared more broadly. Using this money to maintain and improve transportation infrastructure and services is an excellent way to reinvest user revenue. Some will argue that HOT lanes will be used primarily by the wealthy, but the evidence suggests otherwise. Studies of HOT lanes in the states of Minnesota, California, and Washington have found that HOT lane users come from all income groups, with the typical user paying for the service just a few times a month.

Three key ingredients are necessary for HOT lanes to work effectively: First, the toll should be collected using a transponder, as on the 407 and on HOT lanes in Minneapolis, Los Angeles, and Denver, rather than issuing a fixed number of permits. Doing so would allow everyone who wants to use the HOT lanes to do so, even if only once or twice a month, rather than limiting usage to those who carpool or want to use it every day. It would also allow for the province to collect more robust data from the pilot project.

Secondly, the toll should vary with traffic conditions, charging the lowest price needed to keep the HOT lanes flowing smoothly. In Minneapolis, tolls are updated every three minutes.

Adding HOT lanes has the potential to better manage traffic congestion. We should welcome and encourage the introduction of these lanes this fall.

Jonathan Hall is an assistant professor of economics and public policy at the University of Toronto.