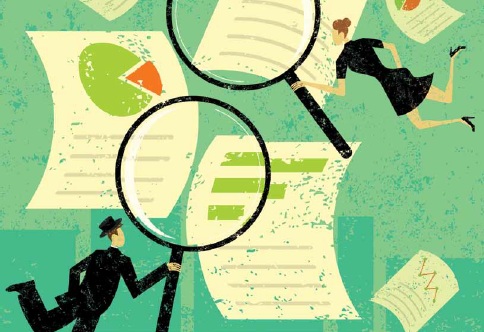 The global economic crisis and current economic slowdown has countries around the world opting for tightly controlled budgets and drastic cuts in public deficits. In some cases, financial market pressures are forcing governments to take action.

Spain, a prime example of austerity, is projecting budgetary savings of €150 billion (CAD $200 billion)  by 2014. Portugal is targeting equally aggressive deficit cuts—from 7.7 per cent to 4.5 per cent in 2012 and to 3 per cent in 2013. Canada’s federal government intends to return to a balanced budget in 2015-2016; so has the eurozone, which signed a fiscal treaty based on the principle of a return to balanced budgets for member States and imposes strict corrective mechanisms for the most fragile economies.

It’s these conditions that have put one-stop-shop government financing policies out of favour. Public sector organizations looking for funding are more often finding the shop closed.

Given the scarcity of public finance available to renew and develop infrastructure for operational needs, public organizations and project owners have been forced to adapt and select projects based on their contributions in terms of added value. Quebec is a typical example of this approach. The government publication, Mieux gérer nos infrastructures, advocates greater selectivity for provincial infrastructure investment programs and gives priority to maintaining existing infrastructure.

As a reaction, innovative financing mechanisms have been developed to extract a portion of the economic value that projects generate to provide partial funding for them, thereby making direct project beneficiaries the core of the financing package.

The wide range of financing mechanisms that are used reflect project diversity and the capacity of capital markets, financial advisors, and public authorities to innovate and complete their projects, undeterred by the growing constraints.

That said, the most successful project financing methods have certain common fundamental features:

• An approach centred on project needs. Each project is unique, and so is each city. The specific project needs and characteristics are used to design specialized mechanisms and to optimize contributions of all the stakeholders.

• Innovation and risk-taking by the private sector is critical. While it’s natural for a project owner to have a vision for its project, the stricter the criteria, the less room the private sector has for innovation. A fine balance must be found between controlling public issues and optimizing private financing sources and revenues.

• The project is broken down into sub-components and responsibilities are attributed to the parties with the greatest expertise. Rather than seeing infrastructure projects and their financing as a whole, by separating the numerous project components and attributing management and financing responsibilities to those most capable, proponents can be better control risks and generate greater value.

Beyond their primary function of transportation, public transit networks have a major impact on the territories they cover and connect. Recognizing this capacity to catalyze regional development, some project owners have designed mechanisms for allocating a portion of the increase in land value to financing transportation projects.

The Portland Aerial Tram in Oregon, completed in July 2001, was made possible due to an innovative joint public-private financing strategy. The project was developed by the city to connect two zones with high development potential: a 28-hectare railway land north of downtown Portland and 52 hectares of underdeveloped land south of downtown. The City used a local improvement district to generate almost US$20 million in revenue for the project from the land owners benefiting most from the tramway. By combining these revenues with traditional financing sources, the tramway project and needed urban development was completed. The result: US$3.5 billion was invested in a perimeter of two streets on either side of the tramway; 10,212 new residential units and 58 million square feet of office space were created; and many institutional and commercial buildings, as well as hotels, were built. Since 1997, nearly 55 per cent of all development in the business district has taken place just one street away from the tramway line.

These new financing mechanisms based on the recovery of a portion of the revenues and value added by transportation projects are now used widely, enabling projects like New York’s Hudson Yards zone development that would otherwise have been stuck on the drawing board.

The City of Montreal is studying new financing methods suitable for its first modern tramway line project, and is also considering the property revenues generated by the project. With tax increment financing, a portion of increases in property values generated in a corridor along the tramway line is allocated to the tramway project. Even more importantly, by serving areas with high development potential such as the Hippodrome neighbourhood, the project can catalyze urban development and benefit from increased land values.

Cooperative and innovative financing from the public and private sectors has helped many infrastructure projects see the light of day. In all of these cases, the public sector demonstrated its capacity to complete highly complex projects amid trying economic conditions. By creating conditions for urban development and by recognizing that its role is above all to coordinate, the public sector has succeeded in co-opting the innovating capabilities of the private sector, which has identified investment opportunities for creating value around public infrastructure projects.