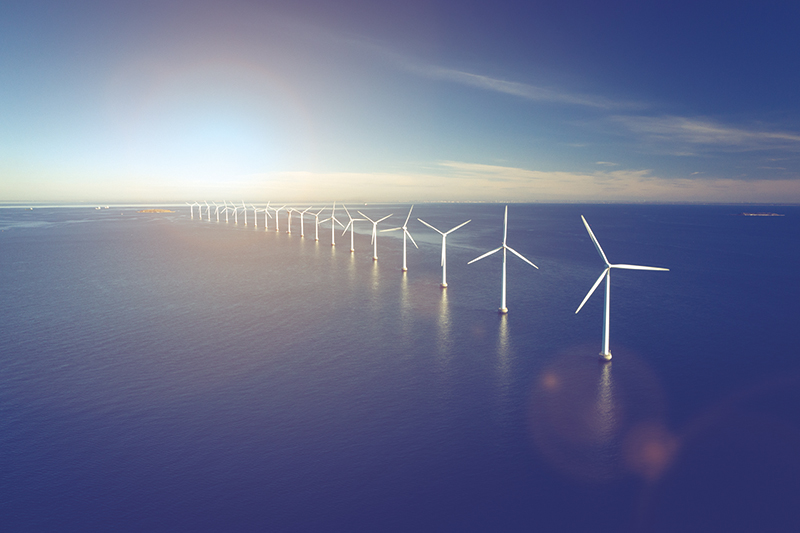 It is virtually certain that the world will need greener power and zero-carbon fuels, like green hydrogen and ammonia, to decarbonize our economy.

With a largely untapped world-class renewable energy resource in our backyard, Canada must be at the forefront of the global energy transition.

Canada’s coasts have some of the world’s best resources for both onshore and offshore wind projects, though they have not yet been developed due to low demand domestically. However, by harnessing wind energy to generate green hydrogen, and condensing it into a liquid for export to Asia and Europe, project development becomes viable.

These are multi-billion-dollar projects that would generate economic growth—but only if we move fast enough to compete globally.

Countries and global industry players are racing forward with renewables projects that will generate green hydrogen and ammonia. If we don’t act quickly, they will have secured market positions.

They’re quickly looking for ways to use renewable power to produce green hydrogen and ammonia that can be easily exported.

It’s time for Canada to get in the game.

If key players here can embrace entrepreneurial risk-taking and work in partnership, they can catalyze the emergence of an industry that will lay the foundation for a sustainable future.

Governments must build out a supportive and transparent regulatory and fiscal regime.

Natural Resource Minister Jonathan Wilkinson took significant steps forward this spring when he and his provincial counterparts in Nova Scotia and Newfoundland and Labrador gave new broader energy mandates to offshore regulatory boards that were previously focused on oil and gas.

Those boards must now move quickly to set licensing conditions that will allow the private sector to invest in projects. Years of data from oil and gas can be relied upon to fast-track regional assessment.

Direct funding by the Canada Infrastructure Bank for elements such as transmission lines would accelerate development, and clean energy tax credits could also facilitate support for future projects.

G7 leaders have underscored the need for secure and sustainable sources of energy to displace Russian oil and gas following the invasion of Ukraine.

Increasing use of renewable hydrogen and ammonia is “a key enabling step” towards decarbonization of our economies and enhancing energy security, the G7 ministers said in their communique May 27.

There is no better place to do this than Canada’s east and west coasts, which offer perfect conditions for the development of large-scale wind projects that can be coupled with hydrogen and ammonia production.

High, steady winds could provide virtually uninterrupted power. Shallow water and favourable seabeds are conducive to offshore construction. Both provinces have an existing energy services sector that can be deployed to support offshore renewable projects.

Hydrogen produced from renewable power and water yields no carbon emission. Nitrogen can be added to produce ammonia for ease of transport and fueling industrial applications, large transport, and power generation.

With this potential at home, and our expertise both in onshore and offshore wind, we believe the time is now to produce the hydrogen and ammonia products that will be in high demand.

A generation ago, the federal government provided critical support and incentives for the emerging oil sands sector in Alberta. The future now belongs to those who can bring that same kind of vision and commitment to a low-carbon energy sector.

As we look to speed the clean energy transition, Canada’s federal and provincial governments must be bold and determined. It’s up to us to act now if we want to see Canada’s renewable resources play an impactful role in building a sustainable future for generations to come.