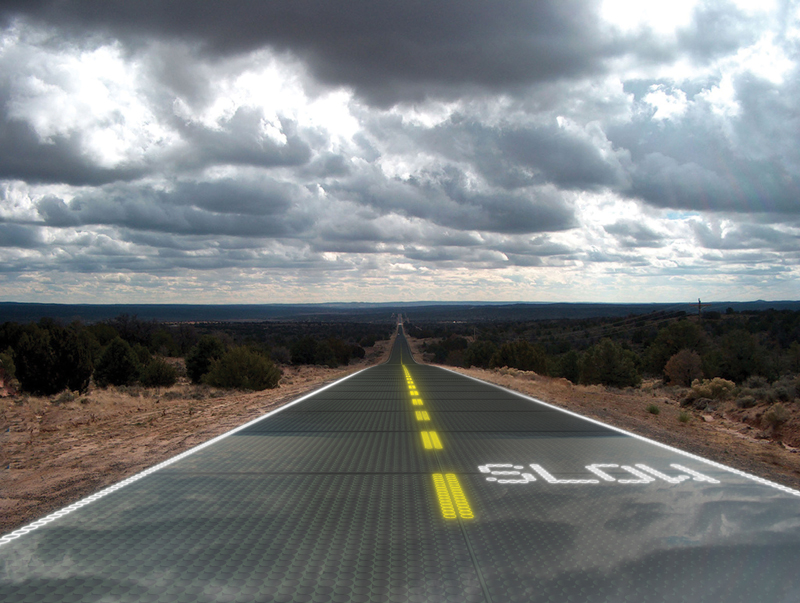 Now that the ice and snow has disappeared from roads in most parts of the country, it’s time to address the potholes left behind, on the roads and in the policy regarding road management.

Following the path of Transport Canada’s Road Safety Strategy (RSS) 2010, the focus of the 2015 edition is on better guidelines and innovations for road management procedures and related products. One of the key elements of this strategy is to improve road infrastructure through an evidence-based Best Practice Framework. The fluid and flexible approach is expected to allow jurisdictions to adopt best practices appropriate for changing road safety plans and enhancing various driving conditions.

Much of the improvement in road safety in Canada has been attributed to improvements in the roadways. Still, despite this progress, the study indicates that one person dies every four hours or is admitted to hospital every 90 minutes as a result of a traffic collision.
Innovative road technologies are increasingly available to help improve road safety across the country. From de-icing to anti-icing and “smart” highways to recycled glass roads, new approaches and materials are available. However, when considering a roadmap for the future it’s important to examine efficiency, environmental implications, and cost competitiveness.

Power savers and generators
Holland-based Studio Roosegaarde and Heijmans Infrastructure have developed a “Smart Highway.” With its interactive technologies it adapts to traffic conditions and provides motorists with feedback through a combination of sensors and energy harvesting devices.

The Smart Highway includes an interactive light with sensors to detect an approaching car, at which point it switches on. The light grows brighter as the car comes near, then dims as it passes. So the road is only lit when needed rather than pouring light on empty streets. “Wind lights” with pinwheel generators are set in the verge like flowers. As cars pass, their draft generates electricity and makes power for the lights. Recognized as the Best Future Concept at the Dutch Design Awards 2012, the Smart Highway is on the path toward a successful prototype in 2013.

Another Dutch company, TNO, has produced a solar road structure designed to take in solar energy, convert it and divert it to the power grid. Sola Road estimates that this road system could generate roughly 50 kilowatt hours (kWh) per square metre annually. To put that into perspective, the average household uses about 3,500 kWh of electricity per year.

Similarly, a new glass road system is designed to harness solar power. While smart drivers usually avoid driving on glass, if Scott Brusaw has his way, every road will eventually be covered in it. Brusaw is an electrical engineer from Idaho who’s working on a plan to make solar powered roads out of reinforced glass panels. His goal is to make roads strong enough to drive on and smart enough to be a source of sustainable energy. According to Brusaw, these solar roads could generate three times more electricity than the United States’ annual output.

Anti-icing
Although road salt has proven to be one of the most cost effective de-icing materials on the market, Environment Canada has expressed concern over its use and the use of similar chloride-based de-icing chemicals because of their harmful effects to the environment and wildlife (search “Friend and Foe,” at www.watercanada.net for more details).

De-icing chemicals such as salt are applied to roads after ice has already formed on the surface. The de-icer lowers the temperature at which water freezes, causing ice to melt. Alternatively, anti-icing chemicals work on the same principle but they are applied prior to snowfall to prevent snow and ice from bonding to the pavement. Since it’s easier to prevent a bond from forming than it is to break a bond that has already formed, anti-icing techniques can be more effective and release lower volumes of chemicals into the environment.

Sodium chloride (rock salt) is typically used because of its effectiveness and low cost. However, for sensitive areas other more expensive and less detrimental chemicals are recommended. Popular choices include a combination of calcium chloride, magnesium chloride, carbohydrate-based solutions (corn or beet byproducts), calcium magnesium acetate and potassium acetate.

Cargill Deicing Technology, with offices in Ontario, Quebec, and the Maritimes, has an anti-icing and anti-skid overlay system which provides infrastructure protection from water and common contaminates. The adhesive materials seal the pavement to create a durable bond with the aggregate. While installation costs for this de-icing system are more per square foot than standard overlays, the SafeLane material can extend bridge life by minimizing water seepage and intrusion of corrosive agents like chlorides, and improving skid resistance, and surface appearance.

Another de-icing system, known to work quickly, provides a proactive anti-icing treatment for bridge surfaces. The Province of Alberta installed the Fixed Automated Spray Technology (FAST) on the Anthony Henday Drive Bridge over the Saskatchewan River in Edmonton. Multiple users are able to access a web browser for detailed performance information. Since 2005, the system sensors have effectively identified critical surface conditions before frost or ice forms. When these conditions are about to occur, the onsite computer program activates a hydraulic system that sprays liquid anti-icing chemicals onto the road’s surface, thereby preventing ice formation.

This system uses potassium acetate as a liquid anti-icing chemical instead of the traditional road salt or chlorides. Potassium acetate, which doesn’t corrode concrete or steel, is biodegradable and dissipates in approximately two weeks.

Recycle and repave
While some are introducing new technologies to market, other are rethinking and remaking traditional materials. The City of Vancouver recently unveiled a warm-mix paving application that uses recycled plastic—the kind collected in the city’s blue box program—to make asphalt.

The road building sector has been experimenting with warm-mix systems, which mix paving materials at lower temperatures than conventional hot-mix methods for more than a decade. The Ontario Tire Stewardship has been a leader in turning rubber tires into road pavers. However, Vancouver says its method is the first to use recycled plastic, adding another green feature to a technology that can significantly reduce energy use and greenhouse gas emissions.

The city expects its warm-mix system to cut gas use by 20 per cent and to provide the same reduction in carbon dioxide emissions. Currently, the system is three per cent more expensive than a hot-mix system, but that premium is expected to shrink or disappear as fuel costs continue to rise.

Todd Strynadka is a technical services manager with Terus Construction, a road construction group that operates in British Columbia and the Yukon. According to Strynadka, pilot projects have already shown fuel savings in the range of 10 to 15 per cent and increased life spans for pavement.

BioAsphalt from Avello Bioenergy in Iowa is another renewable construction material that is manufactured without the use of petroleum. The ingredients include everything from potato starches, corn, tree resins, natural rubber, and sugar, to vegetable oils, and it is estimated to decrease paving costs by 20 per cent.

On the road to achieving safer, more sustainable and cost effective roadways, the Ministry of Transport and infrastructure planners across the country have a broad range of new products and ideas to consider. The question is, will they?

—With files from Reiko Milley

Connie Vitello is a freelance editor and writer based in Toronto.