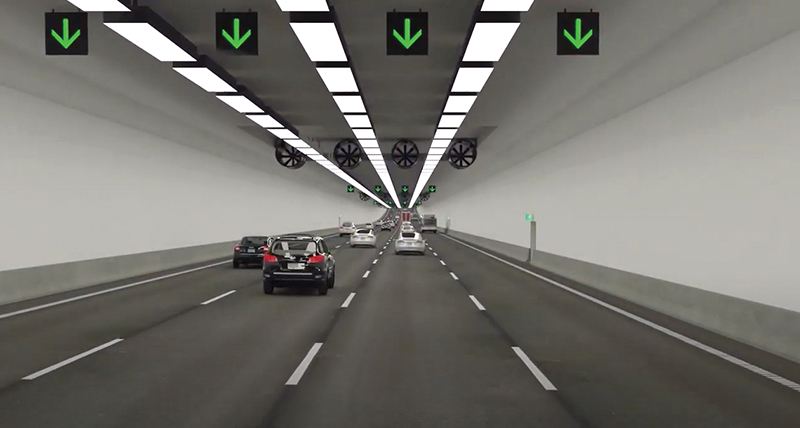 Opened in 1959 to join the cities of Richmond and Delta in British Columbia, the George Massey Tunnel running under the Fraser River has long been slated for replacement. But a New Democratic government, elected in 2017, cancelled the defeated Liberal government’s 2015 decision to replace it with a bridge.

After the new government deep-sixed that plan, for which $66 million had reportedly already been spent, the British Columbia Ministry of Transportation and Infrastructure commissioned Westmar Advisors in October 2017 to do an in-depth review of various options.

The Review studied issues ranging from the effects of earthquakes on the existing tunnel, traffic scenarios, bridge and tunnel construction details, stakeholder concerns, and nearby highway interchanges.

The firm submitted its Independent Technical Review of the George Massey Crossing, Final Report, to the Ministry of Transportation and Infrastructure, in September 2018.

According to a summary issued by the Ministry of Transportation and Infrastructure, the Review concluded that a six-to-eight lane bridge or tunnel could handle the traffic anticipated by 2045. From a longer list of options, the Metro Vancouver Mayors’ Task Force endorsed a short list of six options in July 2019. They included a six-lane bridge plus two traffic lanes and a multi-use path (MUP) in the old tunnel; an eight-lane bridge with an MUP; and an eight-lane bored tunnel, plus a MUP in the old tunnel.

A bored tunnel would be approximately 30 metres below grade beneath the river. To get the proper grade of the road would require it to be longer than an immersed tube tunnel, which would be placed in sections in a trench excavated in the riverbed. “A deep-bore tunnel [comes with a cost] estimated between $12 and $17 billion. The [immersed tube] tunnel estimate is $4 – $5 billion,” notes Matt Pitcairn, president and CEO, Richmond Chamber of Commerce, who prefers the bridge option.

On November 1, Metro Vancouver’s board of directors voted for an eight-lane, immersed tube tunnel, based on the Task Force’s recommendation. Public consultations would follow, and the Ministry of Transportation and Infrastructure would prepare a business case by the end of 2020.

But “preparation of a business case” implies that the tunnel option was not the fait accompli that some portrayed it to be last fall. Indeed, the Ministry of Transportation and Infrastructure, while confirming that the replacement option will have eight lanes, including two for public transit, incorporate active transportation, and protect for future transit, told ReNew Canada this June that, “No decision has been made on what the replacement crossing will be. The purpose of the business case is to allow decision-makers to review the viability of the options presented, and make a decision on a preferred solution that serves the best interests of British Columbians. We continue to make progress towards selecting the right solution for a new crossing that aligns with regional plans.”

“There is an option for a bridge and a tunnel on the Minister’s desk,” according to the government. “On March 13 we had a meeting with the head of the George Massey team, and they were very clear that no final decision had been made for a bridge or a tunnel,” Pitcairn says. Then, referring to the SARS CoV-2 pandemic, he adds, “The whole world came to a screeching halt.”

The Ministry of Transportation and Infrastructure has referred to the tunnel option as possibly being less expensive, and with fewer negative impacts, and that a six- to eight-lane bridge would accommodate the “majority” of traffic predicted by 2045. Its criticism of the 10-lane bridge option, levied in late December 2018, includes that it, “[…] was pushed ahead without the input of communities,” and “the technical review of the project has confirmed this was the wrong project for the region.”

Pitcairn argues that the bridge option allows for the possibility of widening it, should that be required, and that a tunnel cannot be expanded. He says there are technical challenges to building a tunnel, and notes that much work has already been done for the bridge option.

“Our strong preference for a bridge is based on cost and timeline,” Pitcairn says. “A bridge is cheaper than a tunnel. The 10-lane bridge already received environmental approval. Only an amendment is required [for a narrower bridge]. It can proceed on a much shorter timeline. It is likely, if the business plan is ready in 2020, it will take three to five years for the environmental approval [for a tunnel]. A new George Massey Tunnel would be one of the first projects to come under the new [environmental assessment] regime, with the uncertainty that is implied.

“The most recent studies that the government has released show complexities [in a tunnel project]. If you look at the Lower Mainland, we have a lot of experience building bridges, but, to my knowledge, only one tunnel. There is an increased risk building a new tunnel next to an old tunnel. The risks have been voiced This is a concern of ours as well. Another variable is that the spring freshet in the Fraser can be pretty aggressive. It is easy to lose a construction season.”

Pitcairn also says that a tunnel would likely not be completed until 2029, adding, “We believe a bridge could present a shovel-ready option much more quickly than  a tunnel.”

This article originally appeared in the September/October 2020 edition of ReNew Canada.