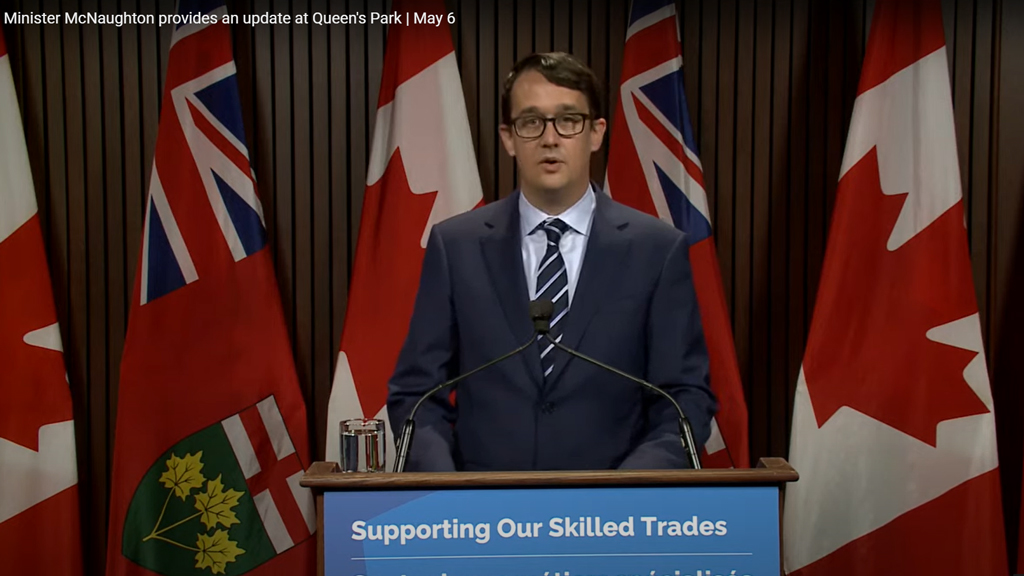 The Ontario government is introducing new measures to help tradespeople get their certification from one reliable, streamlined destination through a new Crown agency, Skilled Trades Ontario, that would replace the Ontario College of Trades (OCOT).

Under the proposed legislation, Skilled Trades Ontario would become the province’s industry-informed training authority to lead the promotion, research and development of the latest apprenticeship training and curriculum standards. It will also provide a seamless one window experience for client-facing services including apprentice registration, issuance of certificates and renewals, and conduct equivalency assessments all in one place with many services offered digitally.

“Skilled trades workers are the engine of our economy,” said McNaughton. “Under the current system, responsibilities are shared between OCOT and the Ministry of Labour, Training and Skills Development, causing confusion and added burden for people wanting to pursue a career in the skilled trades, which leads to employers struggling to find qualified skilled trades workers. That is why our government is building a skilled trades system that attracts more people into well-paying and meaningful careers that are truly life-changing.”

As recommended by the Skilled Trades Panel’s first report, Ontario will streamline and simplify the apprenticeship system by establishing a new Crown agency. The Ministry will provide system oversight and be responsible for regulatory decisions, financial supports and take on responsibility for compliance and enforcement of the skilled trades, building on existing expertise, best practices and a robust inspector network that is already in place across the province.

“We heard loud and clear from apprentices, journeypersons and employers alike that OCOT is not working,” said McNaughton. “Following our expert Panel’s recommendations, we are taking a thoughtful and measured approach by launching Skilled Trades Ontario, a new agency that will put the trades first.”

Reaction from the construction industry was generally positive.

“RESCON commends the positive announcement today on the proposed creation of Skilled Trades Ontario, an agency that will help create a clearer pathway for youth interested in pursing an apprenticeship,” stated RESCON president Richard Lyall. “This will help end the stigma around careers in construction, simplify the apprenticeship system and improve engagement with employers.”

“We welcome a new agency that takes a fresh approach and genuine interest in advancing Ontario’s skilled trades and apprenticeship system,” added Stephen Hamilton, Chair of the Ontario Skilled Trades Alliance (OSTA). “We are hopeful that Skilled Trades Ontario will stay focused on its mandate to promote the trades and encourage employers to play a greater role in mentoring aspiring tradespeople from the start to finish of their apprenticeship. That’s the way to close the skills gap, lead economic recovery and keep Ontario competitive.”