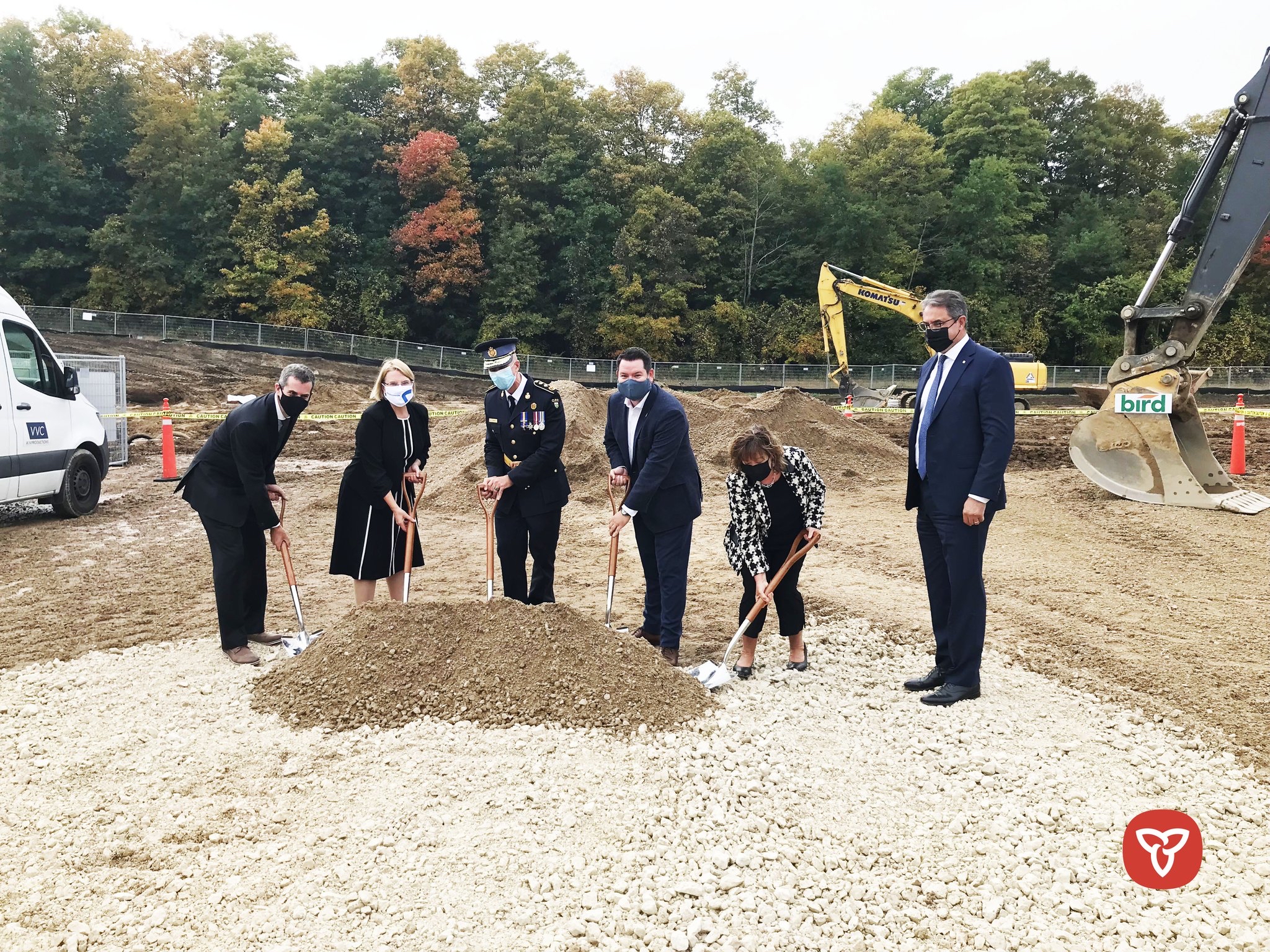 Solicitor General Sylvia Jones and OPP Commissioner Thomas Carrique were on-site to break ground on the new detachment that will replace the former OPP building destroyed by fire in September 2018. The new facility will provide frontline police officers with the leading-edge equipment and technology they need to better serve and protect their communities.

“Our government continues to ensure that frontline police have the support and resources they need to keep Ontario’s communities safe,” said Jones. “With this new state-of-the-art detachment, OPP officers will have access to the tools, equipment and technology they need to serve and protect the people of Cambridge and its surrounding areas.”

“This announcement represents another step our government is taking to help build a safer community here in Waterloo Region,” said Mike Harris, MPP for Kitchener—Conestoga. “A new OPP detachment serving Cambridge is great news for our dedicated frontline officers, local residents, and the entire region.”

This infrastructure build has been added to the province’s OPP Modernization – Phase 2 project, announced in 2018 which replaced nine aging OPP facilities that were at the end of their lifespan and no longer met the requirements of today’s police operations.

“The impressive new Cambridge OPP Detachment, which will be equipped with a Collision Reporting Centre, will provide our officers and civilian members with an accessible and energy-efficient facility to continue to deliver on a shared commitment with our government to safe communities and a secure Ontario,” said OPP Commissioner Thomas Carrique.

“Infrastructure projects like the new Cambridge OPP detachment are essential to the safety and security of our communities,” said Kinga Surma, Minister of Infrastructure. “We will continue to work with communities like Cambridge to invest in local priorities and build, renew and modernize the infrastructure that our law enforcement frontline heroes and the people of Ontario rely on to stay safe.”

Construction is expected to be completed by mid-2023.

Opening the Door to Fabric