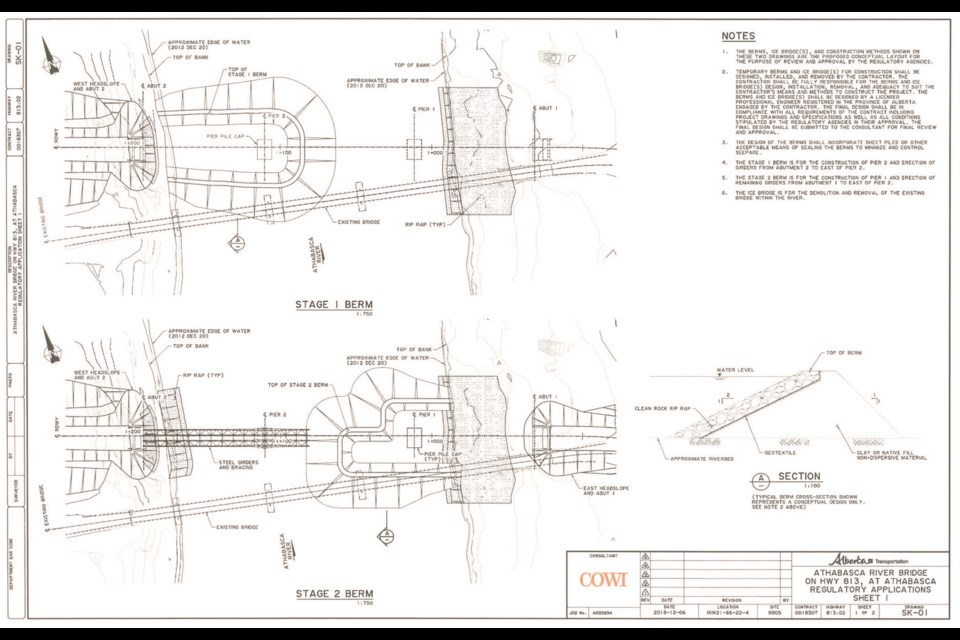 A 72-year-old bridge in the Town of Athabasca is being replaced with a new, $70-million structure.

Alberta-based Alberco Construction Ltd. will begin work in late summer. The project will support more than 400 jobs during construction.

“The existing bridge is old, too narrow and has served its useful life. The new bridge will support economic development, improvements to safety and commuter traffic in and around Athabasca, and provide a connection for area Indigenous communities,” said Rajan Sawhney, Minister of Transportation.

“The Athabasca community has looked forward to this bridge replacement for many years. Thank you to Minister Sawhney for ensuring this project will be built. My constituents, as well as industry stakeholders, look forward to the improved safety and opportunity the new bridge will deliver,” said Glenn van Dijken, MLA for Athabasca-Barrhead-Westlock
See also  Retrofits underway for Lower Mainland bridges