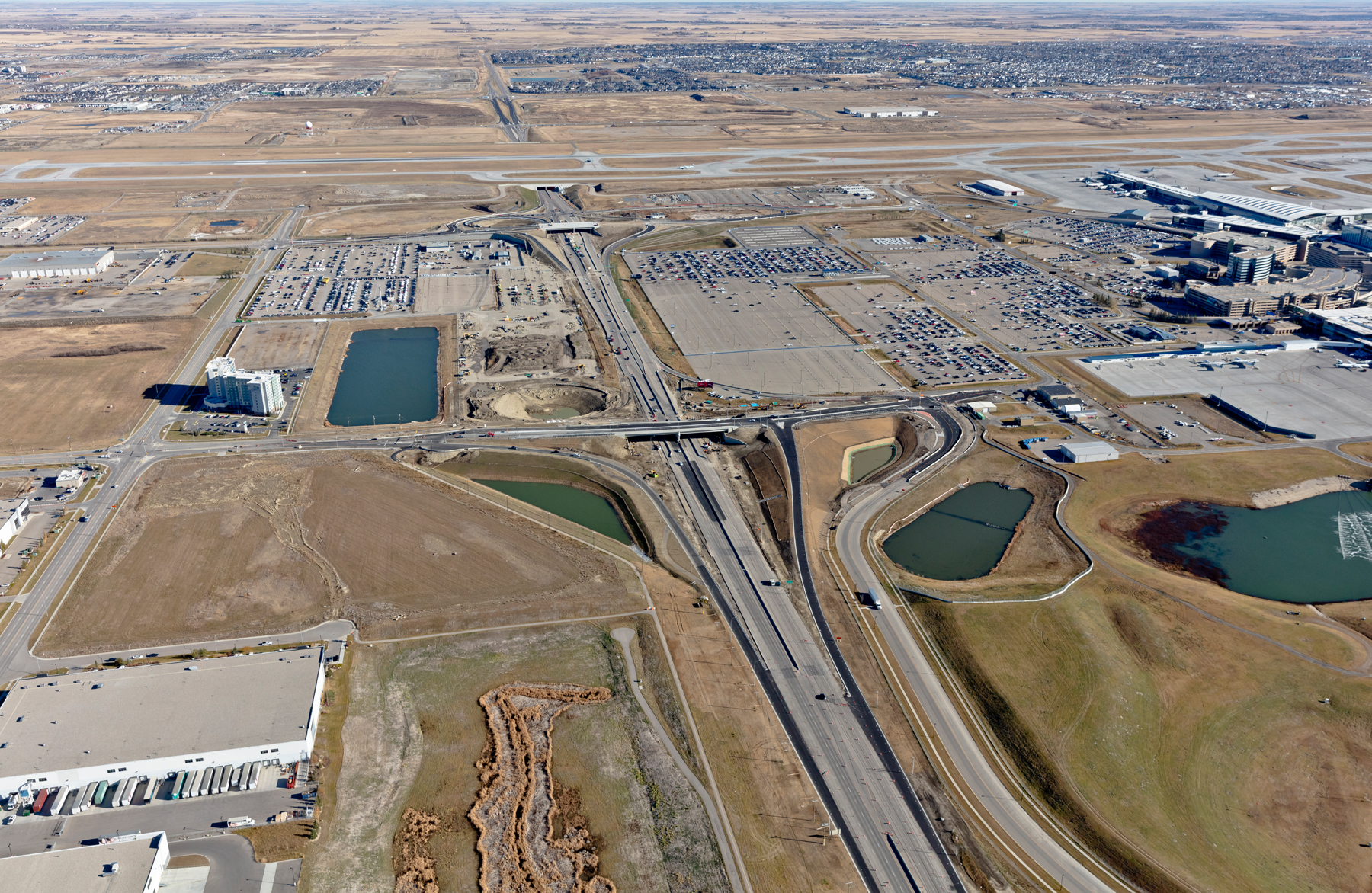 The City of Calgary announced that construction on Airport Trail, an important transportation corridor running across Calgary’s northeast, is now substantially complete. With the two new interchanges at 19 Street and Barlow Trail N.E. open to traffic, the vision for a connected Airport Trail corridor is here.

This route is a significant local and regional transportation corridor, the completion of which better connects local communities and businesses, provides improved access to the Calgary International Airport, and serves as a strategic link between Deerfoot Trail and Stoney Trail.

“The Airport Trail Corridor investment generated hundreds of local jobs and will now play an important role to keep our economy moving. The project addresses a significant missing transportation link in the area and will greatly improve access for Calgarians, businesses transporting goods, and tourists navigating our city,” said Mayor Jyoti Gondek.

Funding for the Airport Trail Phase 2 was provided by the Government of Canada, Government of Alberta, The City of Calgary, and the Calgary Airport Authority, representing a $153 million investment in Calgary.

“On behalf of the Government of Canada, I wish to congratulate The City of Calgary on the completion of the Airport Trail Phase 2 Project. As the local Member of Parliament, I have seen firsthand the impact on accessibility and connectivity driven by investments in our transportation infrastructure,” said George Chahal, MP for Calgary Skyview. “I was pleased to join the Prime Minister of Canada, in July 2018 for the initial $50 million announcement while I was the area City Councillor – completion of this project is a milestone worth commemorating. This investment, made possible by our Government’s National Trade Corridors Fund, is helping connect Calgarians, increase transportation and trade capacity, and supporting long-term prosperity.”

The Airport Trail Corridor is an important part of a safe, effective transportation network that supports and services the surrounding business and community network, the Calgary International Airport, and the city at large.

“Alberta’s government is proud to have contributed $27.7 million in provincial grant funding to the Airport Trail Expansion project. Expanding Airport Trail will support growing development at the Calgary International Airport, and improve access to new businesses, commercial operations, and communities in northeast Calgary. This infrastructure will be a tremendous asset to our city and I’m thrilled to see it opening,” said Prasad Panda, Minister of Transportation for the Government of Alberta.

The Calgary Airport Authority has been a partner throughout construction, and the improved access to and from the airport for guests, and cargo, is a welcome addition.

“The completion of Airport Trail is a major milestone for The Calgary Airport Authority,” said Chris Miles, VP Operations & Infrastructure with the Calgary Airport Authority. “We are grateful for the government investments in this project which has created hundreds of jobs and enabled seamless connections to the airport for millions of guests, thousands of employees, and the cargo that Canadians rely on.”

The Airport Trail Corridor vision has had several steps along the way. The Airport Trail Tunnel opened to the public in 2014, the southbound Stoney Trail to westbound Airport Trail ramp was completed in 2020, the 2.4 km Airport Trail extension between 36 Street and 60 Street N.E. was opened in September of 2021, and now the two new interchanges at Barlow Trail and 19 Street N.E. are both open to traffic.

Construction on Phase 2 of the Airport Trail project started in the fall of 2019, and included: