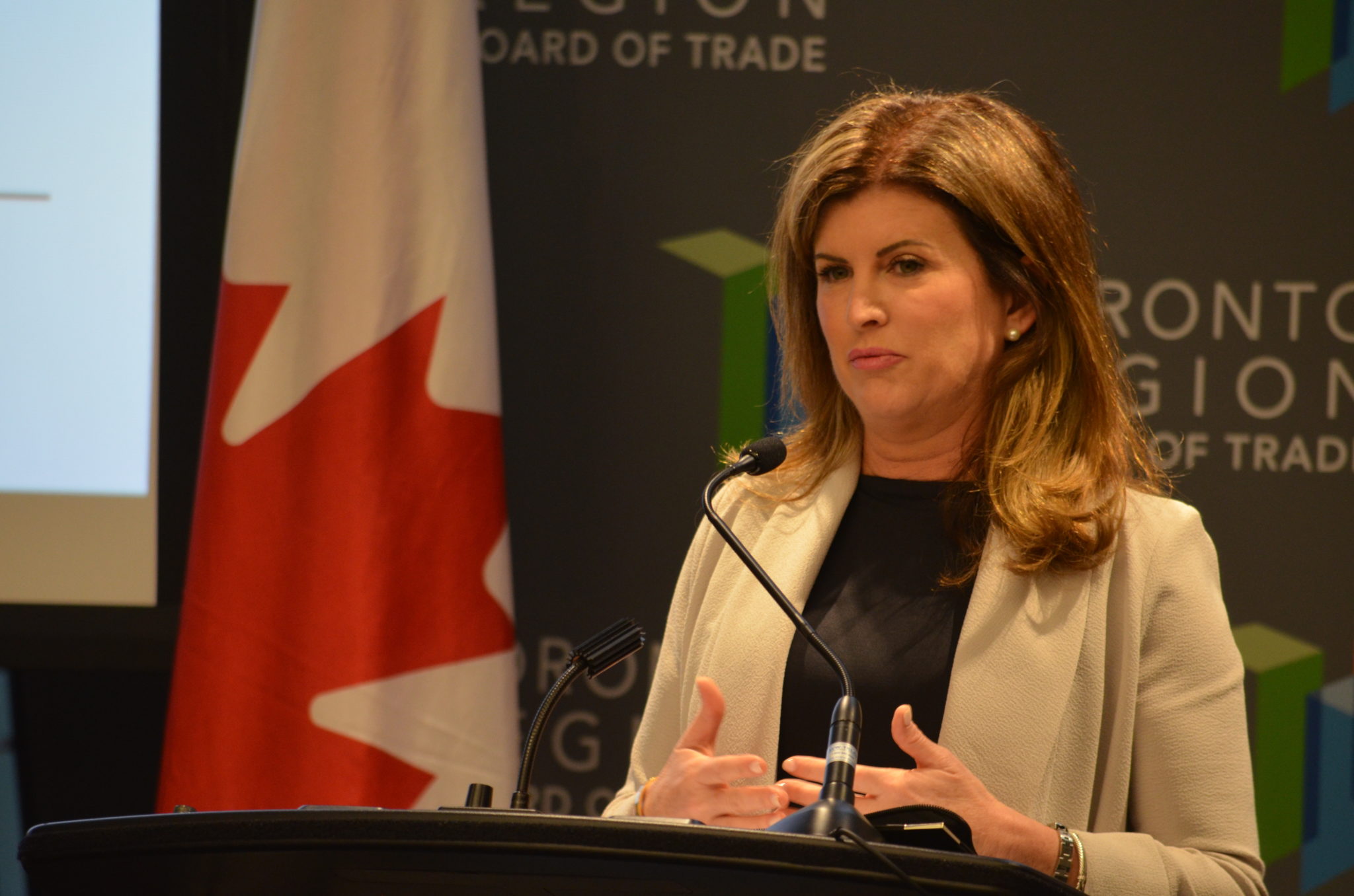 Speaking at the Toronto Region Board of Trade, Interim Leader Rona Ambrose was quick to criticize the ‘nickel and dime-ing’ of taxpayers she feels is very evident in this year’s budget, as well as the troubling track record being built on infrastructure.

“What the Liberals did is they announced a lot of money that they were going to spend on infrastructure, and then they spent it on other things,” Ambrose said. “Now they have to scramble to figure out how they are going to deliver for all the promises they made to many, many mayors across the country. […] They’ve taken a lot of money that was supposed to be for hard infrastructure like roads and bridges and they’ve spent it on other things.”

Ambrose spoke at length about the issues surrounding the government’s spending thus far on infrastructure, joining the criticism bestowed by the parliamentary budget watchdog regarding the pace of spending.

“The budget showed that the infrastructure plan has stalled, and it’s less than 50 per cent out the door. That was in black and white in the budget. […] Shovels are not in the ground for the projects that were promised. We need to get those projects out the door fast.”

Taking aim at the infrastructure bank

The Canadian Infrastructure Bank was mentioned in the budget document, including a note that: “the Government will begin a process to identify the Bank’s Chief Executive Officer and Chairperson of the Board of Directors, with the goal of having the Canada Infrastructure Bank operational in late 2017.”

However, to this point, further details on how the bank will be executed have been released. The long list of unanswered questions is of great concern to Ambrose and the Conservative Party.

“Canadians, and the opposition in particular, should and will be asking questions about this,” Ambrose said. “This is not something the government promised to do. Is it in the interest of taxpayers? What will it cost them? Will there be increased costs for travellers, for businesses that use the transportation?”

“I think the Prime Minister forgot that pension fund investors and those with the kind of money that can buy up airports or buy up a bridge are not going to buy things unless they can turn a profit on it. Then the question becomes: who’s buying these strategic assets like airports and ports, what kind of a profit margin do they expect from the government in terms of conditions of the sale, and what impact does that have on taxpayers and the people who use the assets? None of these questions have been answered and we have no transparency around the potential sale of things like ports and airports.”

In addition to her remarks on infrastructure, Ambrose spoke at length about her difficulties with financial aspects of the budget, including deficit spending that has failed to grow the economy, and the fact that the document did not contain any plan to return to a balanced budget.