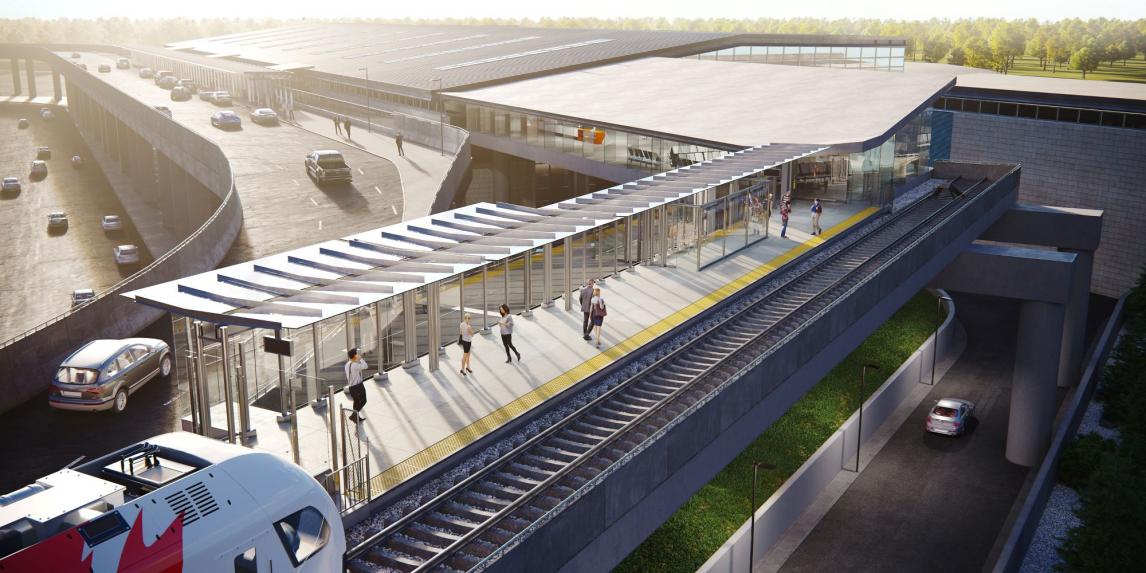 The Ottawa Macdonald-Cartier International Airport will receive government funding for the construction of a light rail transit (LRT) station at the airport.

The airport LRT station will be a three-story elevated structure connecting the airport terminal at the north end of Level 3 to the LRT station platform. The station will provide fully accessible connectivity for all users of the LRT who travel to and from the Ottawa Airport. Construction of the station is underway and is expected to be completed in summer 2022.

The total cost of the airport LRT station is $16.9 million. The Ottawa Macdonald-Cartier International Airport Authority is the project manager and will provide the remaining funding for the project.

In addition to the funding for the LRT station, the Government of Canada is also providing the Airport Authority with $5,690,000 from Transport Canada’s Airport Relief Fund to help the airport maintain continued airport operations and essential air services for residents and workers in the National Capital Region and surrounding communities.

“The construction of the light rail transit station at the Ottawa Macdonald-Cartier International Airport will reduce traffic congestion and improve accessibility and connectivity to the airport by offering an environmentally sustainable direct link between downtown Ottawa and the airport,” stated federal Minister of Transport, Omar Alghabra.

“Once the second phase of the LRT is built, close to 80% of Ottawans will live within 5km of the LRT making it a critical investment in building a clean, livable city,” added Minister of Infrastructure Catherine McKenna.

“Connecting the airport with the city centre and beyond by rail will be an important selling feature as the aviation and tourism industries recover and we work to bring major events and conferences back to Canada’s Capital Region,” said Mark Laroche, president and CEO, Ottawa Macdonald-Cartier International Airport Authority.