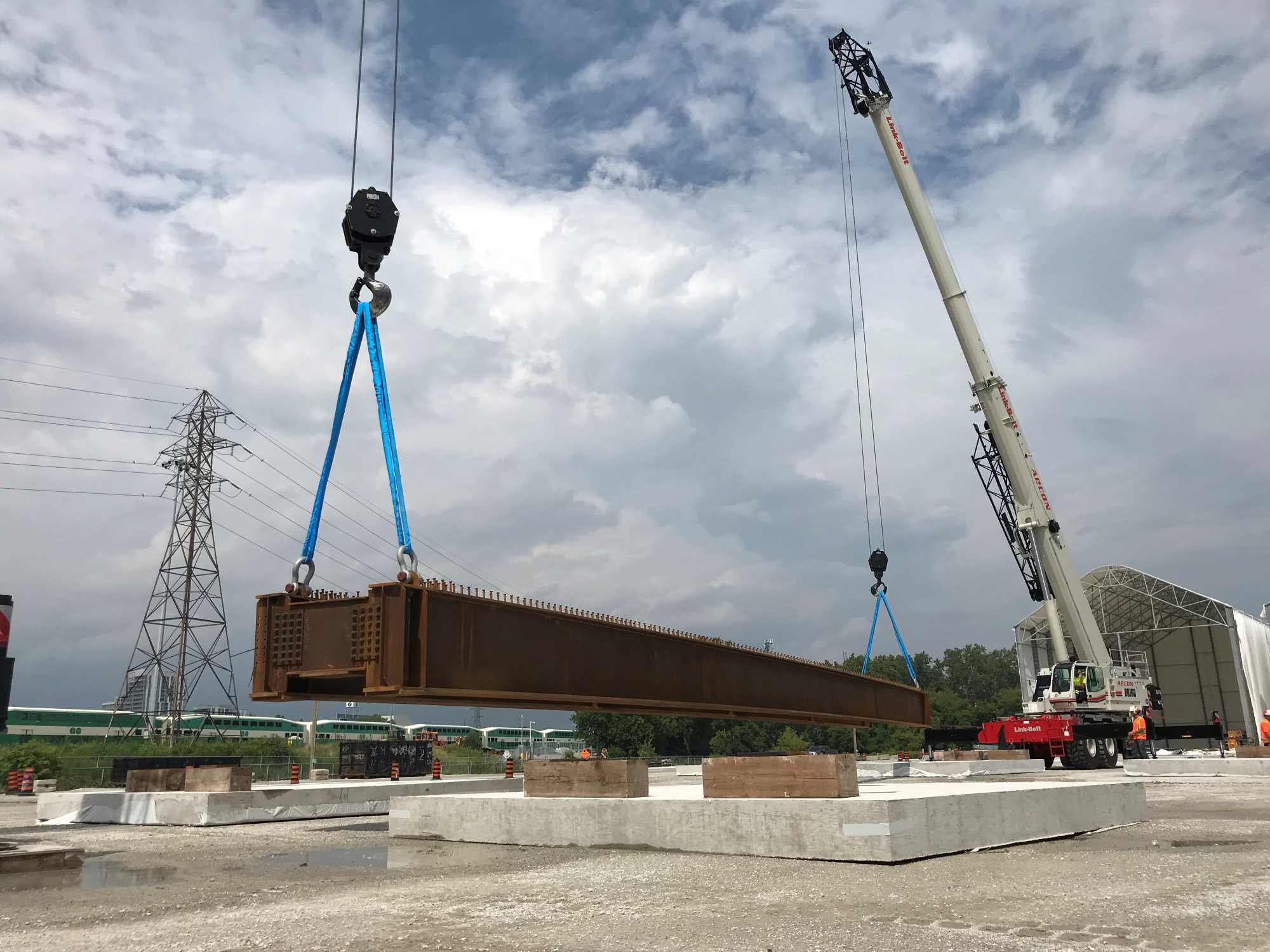 This work will support planned realignment of the expressway to keep the roadway safer, facilitate broad improvements and liveability of the Port Lands area, improve public access to the Port Lands, and significantly enhance the City’s future climate resiliency through the Port Lands Flood Mitigation Protection work undertaken by Waterfront Toronto.

The planned construction, referred to collectively as the Lake Shore Boulevard East project, is being led by Waterfront Toronto and includes:
• Permanent removal of the Logan Avenue ramp at the east end of the Gardiner Expressway,
• widening and lengthening the Lake Shore Bridge over the Don River, and
• rebuilding the roadway between Don Roadway and Carlaw Avenue, including new safer intersections, pedestrian and cycling facilities.

Removal of the Logan Avenue ramp supports Gardiner realignment work and allows for the Lake Shore Bridge to be lengthened and widened. Once the Lake Shore Bridge is re-engineered, the new space will accommodate bike lanes, pedestrian paths and a new linear park, and allow for the re-design and naturalization of the Don River, which will be a critical element for future flood protection.

This package of work was planned and approved in 2016 as part of the larger Gardiner Expressway Rehabilitation Plan. It is a highly coordinated project between the City and Waterfront Toronto and includes other key stakeholders such as Metrolinx and Toronto Hydro.

Every effort has been made to reduce construction impacts for the project. It was designed and engineered to be as efficient as possible, including cost savings of approximately $35 million and a shorter construction period which will reduce traffic disruption by two years and deliver infrastructure improvements to local residents and the travelling public four years earlier than planned. Extensive consultation has taken place with residents, businesses and interest groups over the past few years, and there is on-going communication planned to help the local community understand the work and its immediate and long-term impacts.

There has been significant planning undertaken to ensure flow of traffic continues during and after construction such as changes to lane configuration and traffic signal timing. Reconstruction at nearby intersections and ramps to/from the Gardiner Expressway has also been planned and implemented to improve the traffic flow during construction. The Gardiner Rehabilitation Plan calls for new DVP ramps to eventually be built further north as well as the eventual construction of new access ramps at Cherry Street.

Here are key dates for the Lake Shore Boulevard East project. Note that ramp removal work will only occur on weekends:

Weekends Only – September to October 2021
• Lake Shore Boulevard East closed from Cherry Street to Carlaw Avenue
• Westbound Gardiner can be accessed from Jarvis Street
• Don Roadway closed between DVP and Commissioners Street – No access permitted to DVP. Access will be via Eastern Avenue and Queen Street

Featured image: Cranes lift the steel girder from the truck onto a concrete platform a the City’s fabrication site and staging area for the Gardiner Expressway Strategic Rehabilitation from Jarvis to Cherry Street. (City of Toronto)