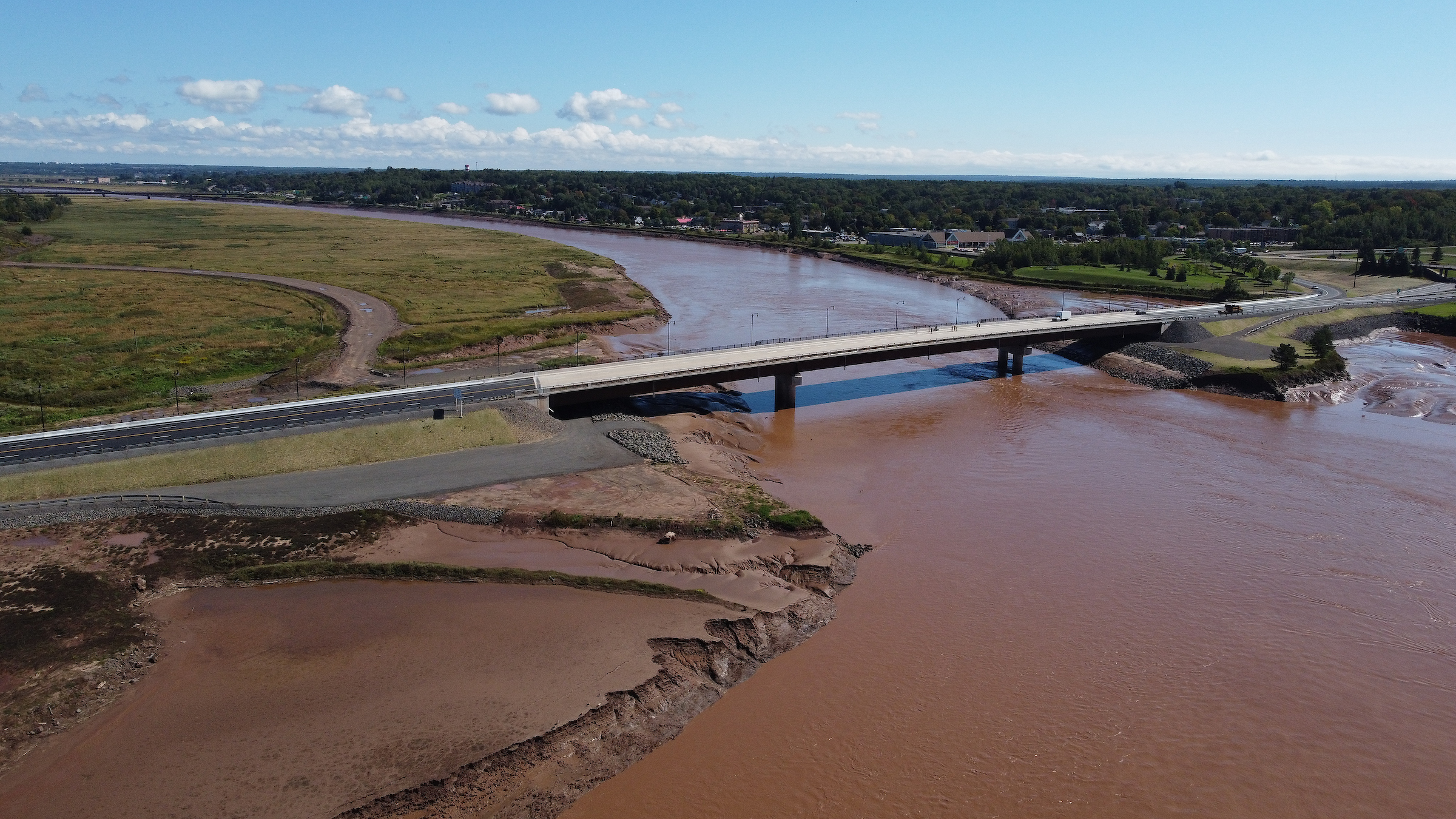 The new Petitcodiac River bridge between Moncton and Riverview, NB is now open, ahead of schedule.

“The river’s restoration has been a common and uniting goal for the communities, levels of government, stakeholders and rightsholders for many years,” said Transportation and Infrastructure Minister Jill Green. “We are now seeing the many social, economic and environmental benefits we have all been working towards.”

The river channel was realigned, the gate structure was decommissioned, and the approaches and bridge connections were completed.

Benefits of the river’s restoration in recent years include an improved fish habitat, better water quality due to increased tidal water volume, and better protection of agricultural land due to about 23 kilometres of new dikes.

“Opening the bridge nearly three weeks early is a testament to the excellent project management by the department, the contractor, Modern Construction, and everyone involved,” said Green. “This three-stage project began in 2008 with a climate change lens. Critical shoreline was protected, dikes and aboiteaux were installed upstream, and fish studies were conducted by Fort Folly First Nation. Many people have come together to make this project a success.”

The project has also resulted in benefits to municipalities, including better traffic flow between Riverview and Moncton, an increased recreational trail network, and reduced risk of flooding, both upstream and downstream.

The 240-metre bridge features four lanes, a three-metre walkway and two lookouts. Municipalities shared in the costs of other aesthetic enhancements, including the concrete barrier walls, lighting and railings.

The total cost of the restoration project is $121 million, which includes $61.6 million for the bridge.