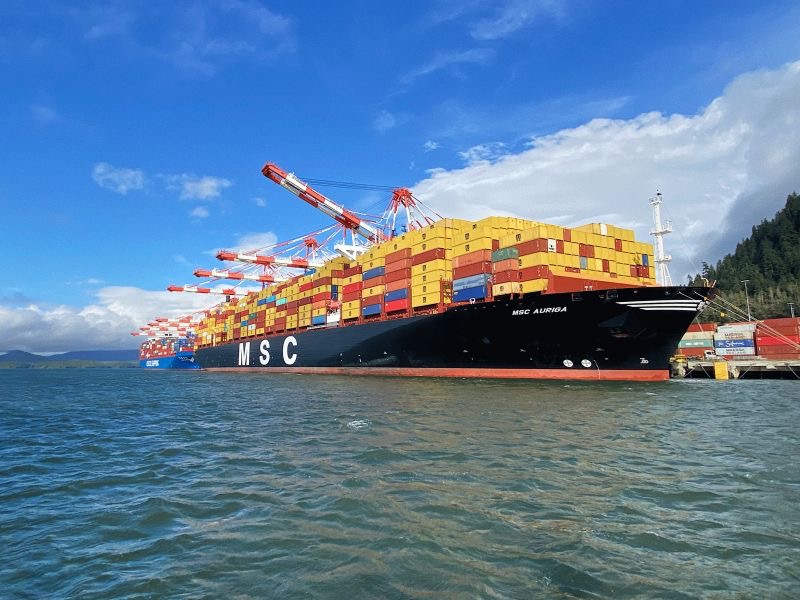 “The Prince Rupert Port Authority is delighted to see the long-term, successful partnership amongst key Gateway contributors formalized through the formation of the Gateway Council,” said Shaun Stevenson, president and CEO of Prince Rupert Port Authority (PRPA). “Collectively, the shared vision of a prosperous and vibrant northern BC economy built on a competitive international trade corridor is becoming a reality that is only further strengthened through collaborative effort.”

The Gateway Council will work together to identify and advocate for Gateway supply chain improvements to ensure sustainable growth of the gateway that benefits Port partners, their employees, local and Indigenous communities, and all Canadians who rely on the free-flowing movement of trade.

“This study continues to emphasize that the Port of Prince Rupert isn’t just a Prince Rupert story—it’s an industry that’s growing in communities throughout northern BC and serves a vital link to market for Canada’s farmers and our agricultural industry,” said Jason Fletcher, president, Prince Rupert Grain. “The region continues to prove itself to be a global player and is reaping the benefits of that with strong employment and wage growth.”

The economic impact study released today by the Gateway Council analyzed the 32.4 million tonnes shipped in 2020 through the Port of Prince Rupert and its trade corridor, and quantified economic and employment benefits for northern BC. The study was based on surveys of businesses directly involved in the transportation of goods through Northern BC, including rail, trucking, logistics, port terminals, marine services, and government agencies.

The study found that growing cargo volumes moving through the Prince Rupert Gateway continued to translate into significant economic benefits for communities throughout the northern BC corridor. While the impacts of the COVID-19 pandemic in 2020 dampened outcomes associated with some lines of trade, strong performance in other sectors played a key role in providing economic and employment stability in the Gateway and the northern BC region as a whole. The Gateway continued to demonstrate its resiliency, efficiency, and reliability as a key strategic trade corridor for Canada and an economic engine for local communities.

The economic impacts of the COVID-19 pandemic were particularly acute in tourism-related businesses tied to cruise and ferry visitors, but also impacted container volumes and related employment numbers. Growth in cargoes and terminals related to coal, wood pellets and propane were important counterweights and highlighted the value of cargo diversification moving through the Port.

Gateway activity also supported over $147 million in taxation revenue for all levels of government through associated stipends, personal tax, corporate tax, and property tax revenues. The federal and BC governments are the largest recipient of tax revenue, but local governments increased revenues by 22% to $12 million from Port properties.