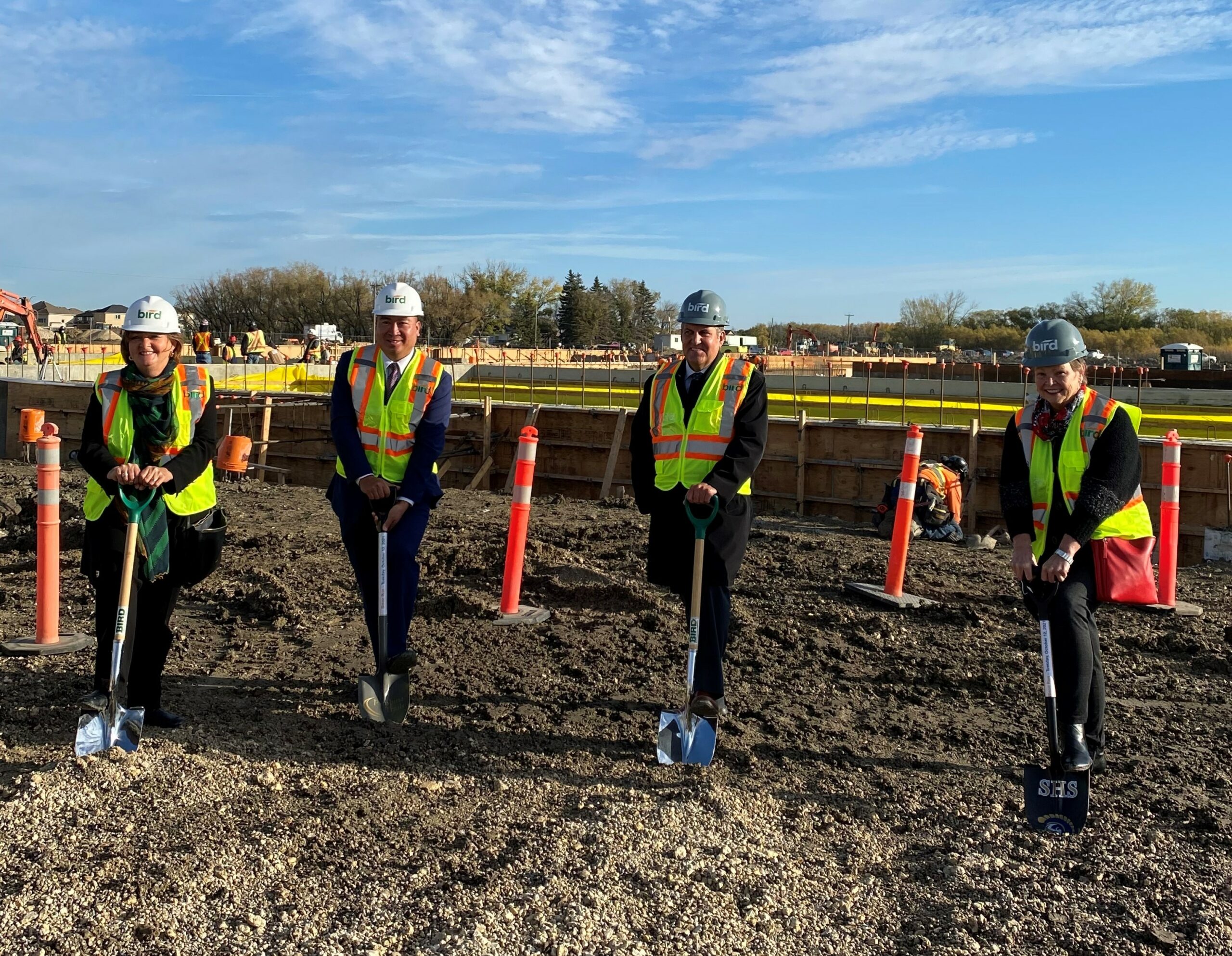 “[This] announcement provides the growing community of Waverley West safe educational spaces for their students,” said Cullen. “Our government continues to make record investments in education and critical infrastructure that deliver quality learning environments for our students and educators.”

Construction is scheduled to begin on the high school later this month with the elementary school construction having started in August. The province and Pembina Trails School Division have worked co-operatively on the 21-acre school campus, with construction totalling $67.8 million as the initial investment by the province toward the creation of the community campus for Waverley West.

“Excitement and anticipation for the two new schools in Bison Run has been building for some time in Pembina Trails School Division,” said Kathleen McMillan, chair of the board of trustees. “This official sod-turning event is a true celebration for us. We eagerly await welcoming students into these new learning spaces.”

The two-storey, 81,400-sq.-ft. elementary school will have an overall capacity of 800 students with a target completion date of December 2022, Cullen noted. The three-storey, 116,950-sq.-ft. high school has capacity for 1,200 students and is scheduled for completion in June 2023, he added. The design will also feature a centralized, safe common area facilitating bus and parent drop-off.

Both schools are targeting Leadership in Energy and Environmental Design (LEED) Silver Certification. LEED provides a framework for healthy, highly efficient and cost-saving green buildings of all building types and all building phases including new construction, interiors, operations and maintenance, and core and shell.

The two new schools will be co-located with the first phase of the City of Winnipeg’s recently announced South Winnipeg Recreation Campus which involves a multi-use, multi-generational recreation centre with gymnasiums, multi-purpose rooms, fitness space, a walking/running track, a daycare, a vocational building and adjacent site development. Together, the two schools and South Winnipeg Recreation Campus will form a community campus for the residents of Waverley West.