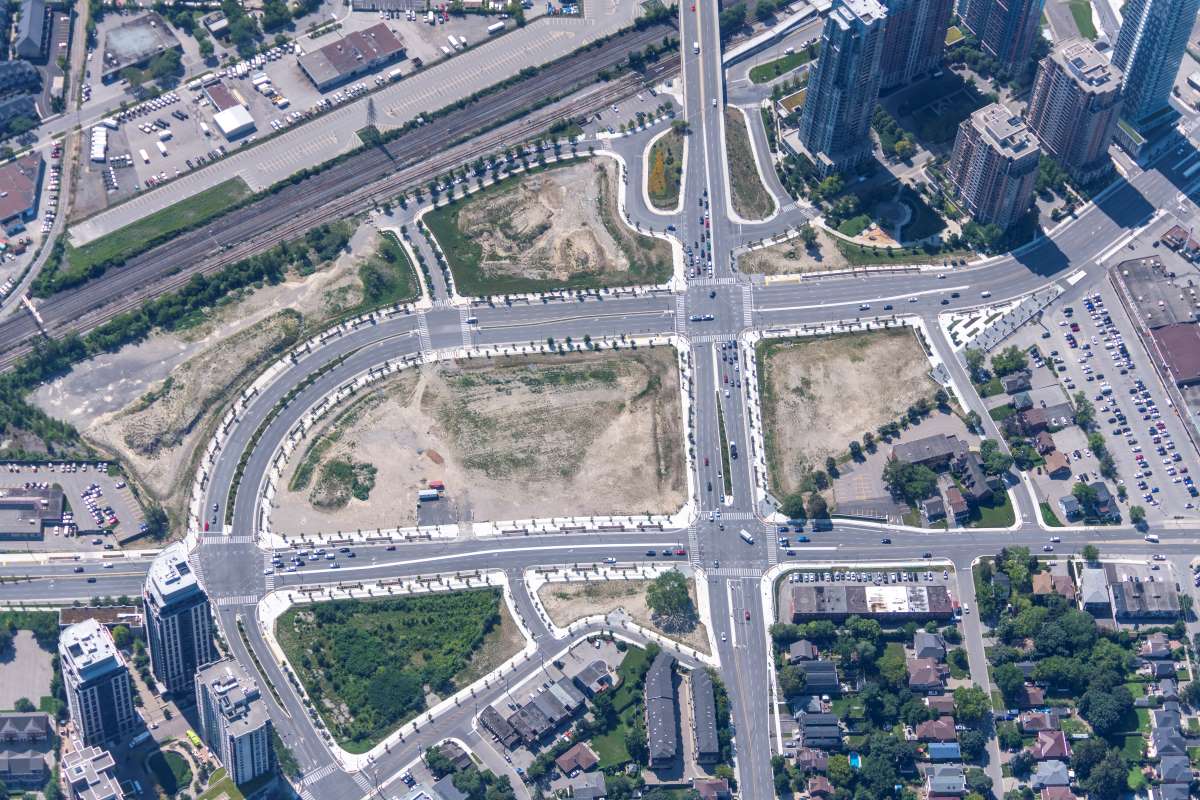 The City of Toronto announced the completion of the Six Points Interchange Reconfiguration, a significant milestone in the continuing evolution of Etobicoke Centre as a vital mixed-use, transit-oriented community.

“Welcome to the new Six Points Interchange in Etobicoke Centre, an area many years in the making that involved intense transportation and infrastructure work,” said Mayor John Tory. “Now a vital mixed-use, transit-oriented community, this area demonstrates the exciting growth and change in Toronto’s west end. The new roadway provides excellent transit accessibility to jobs, housing and services and is an investment in the area that will continue to pay off for years to come.”

In 2018, the design of the new roadway configuration received a Certificate of Merit from the National Urban Design Awards in the Urban Design Plans category, as it provides excellent transit accessibility where jobs, housing and services are concentrated and implements the City’s Complete Streets and Green Streets initiatives. The new roadway provides safe and easier options for pedestrians, cyclists and motorists.

With roadway construction complete, space has been made available to provide new parks and generous boulevards, as well as housing, services for existing and new residents, and employment within the area.

The construction of a new Etobicoke Civic Centre, at the intersection of Dundas Street West and Kipling Avenue, is expected to begin in February 2023. It will include municipal offices, a City-operated community recreation centre, a public library, a child care centre, a civic square, a multipurpose Council Chamber and underground parking.

“It’s a proud time for everyone in Etobicoke Centre as we celebrate the completion of the Six Points interchange reconfiguration,” added Deputy Mayor Stephen Holyday. “With modern streets, wider boulevards, and accessible transit, the new Centre connects the community and attracts citizens as a destination. I am eager to see our Etobicoke Centre grow on this foundation with new homes, businesses, and services for residents.”

Progress on new Cochrane interchange with tender for construction issued