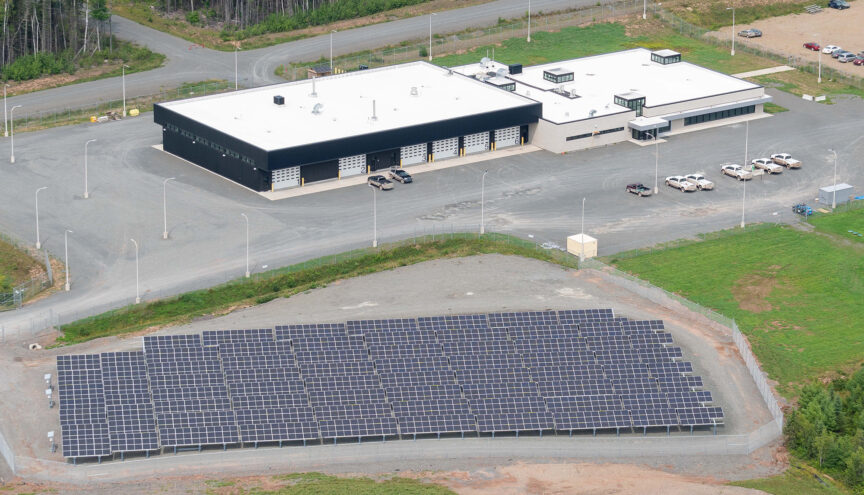 Thanks to a newly-installed solar field and battery energy storage system at 5 CDSB Gagetown’s Explosive Ordnance Disposal Training Facility, the Department of National Defence (DND) is one step closer to achieving its first net-zero building.

“Right now, the building is tied to the grid,” explains Doug Thompson, DCC Coordinator, Facility Management, who has been working closely with DND and the contractor, Maritech Construction Inc. with subcontractor FCC Electrical. “Once the facility is fully commissioned in December 2021, we’re going to disconnect it and run it off the solar field and battery system to verify that the facility can fully function on its own.”

The solar field consists of 984 440-watt bifacial panels that capture sunlight from above and reflected light from snow below. The battery system uses intelligent technology based on weather and other data to optimize energy storage, releasing it on demand for systems such as lighting.

“It’s what’s called an island effect, as the building can basically stand alone,” says Thompson. “In today’s world, energy is at the top of everyone’s mind—for the construction industry and for DND, to meet its emission reduction target of 40 percent by 2025. This is definitely moving in that direction.”