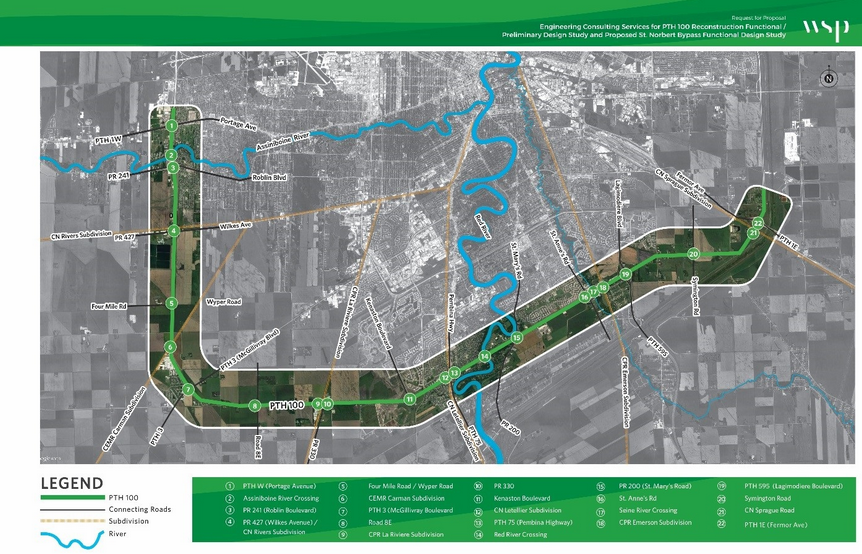 The Manitoba government announced it has awarded the design-build contract for construction of the new intersection at PTH 100 (Perimeter Highway) and St. Mary’s Road with construction to begin this spring.

“Our government has committed to investing in strategic infrastructure plans for 2022-23 to support economic opportunities for the province, including building towards the Winnipeg One Million Perimeter Freeway Initiative and Manitoba’s Trade and Commerce grid,” said Manitoba Infrastructure Minister Reg Helwer. “Manitoba’s ten-year vision to establish the province as a national trade hub will enable a strong economic recovery within and across our borders.”

The design-build contract for the project was recently awarded to Aecon Infrastructure Management Inc. Site preparation and contractor mobilization will commence in the upcoming months with construction to start this spring. The province will invest $135 million to build the new interchange with an anticipated completion date of summer 2024.