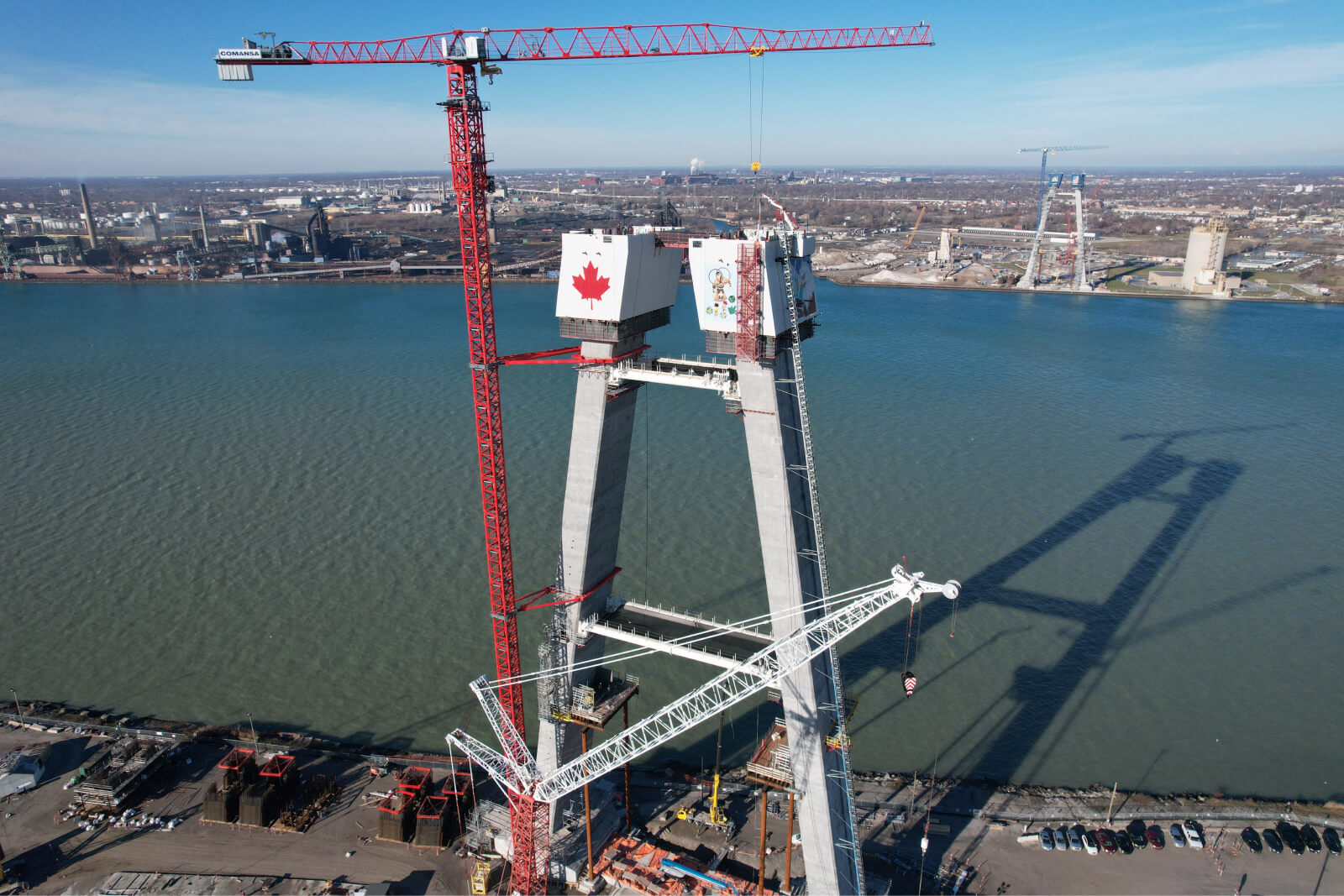 The Gordie Howe International Bridge project team is entering an exciting stage in the construction of the bridge towers in Windsor and Detroit. Now that the tower legs, also known as the lower pylon, have reached their full height of 140 metres/460 feet, Bridging North America will begin work on the final portion of the tower – the pylon head. The towers’ modern and elegant form will take shape as this final 80 metres/262 feet is completed over the remainder of 2022.

The process to transition from the lower pylon to the pylon head, anticipated to be completed in the spring, involves modifications to the jump form systems and concrete pours to construct the upper cross beam that will merge the tower legs into a single structure. Once the transition work is complete, construction begins on the pylon head. Critical to the cable-stayed design, anchor boxes within the pylon head will house the cables that will connect the towers to the bridge and decks. This work will be easily visible to those in west Windsor and Southwest Detroit.

“It is an exciting time as the towers – arguably the most visible aspect of construction to date – move into the next and final build phase,” said Bryce Phillips, CEO, Windsor-Detroit Bridge Authority. “With the towers currently standing at over two-thirds of their final 220 metres/722 feet height, they represent the significant progress the project team has been able to achieve.”

The towers have been under construction since 2019. Each inverted Y-shaped bridge tower is made of cast-in-place reinforced concrete and has been built in sequential manner through ‘lifts’ or tower leg segments of approximately 4.67 metres/15.3 feet tall to achieve their aesthetic design and their desired functionality.

“Bridging North America is completing a major engineering feat,” added Michael Hatchell, CEO, Bridging North America. “The joining of the two tower legs will mean we’ve achieved an important milestone for the project. BNA has been able to reach this point in the project safely and efficiently and is extremely pleased with the work of our team.” 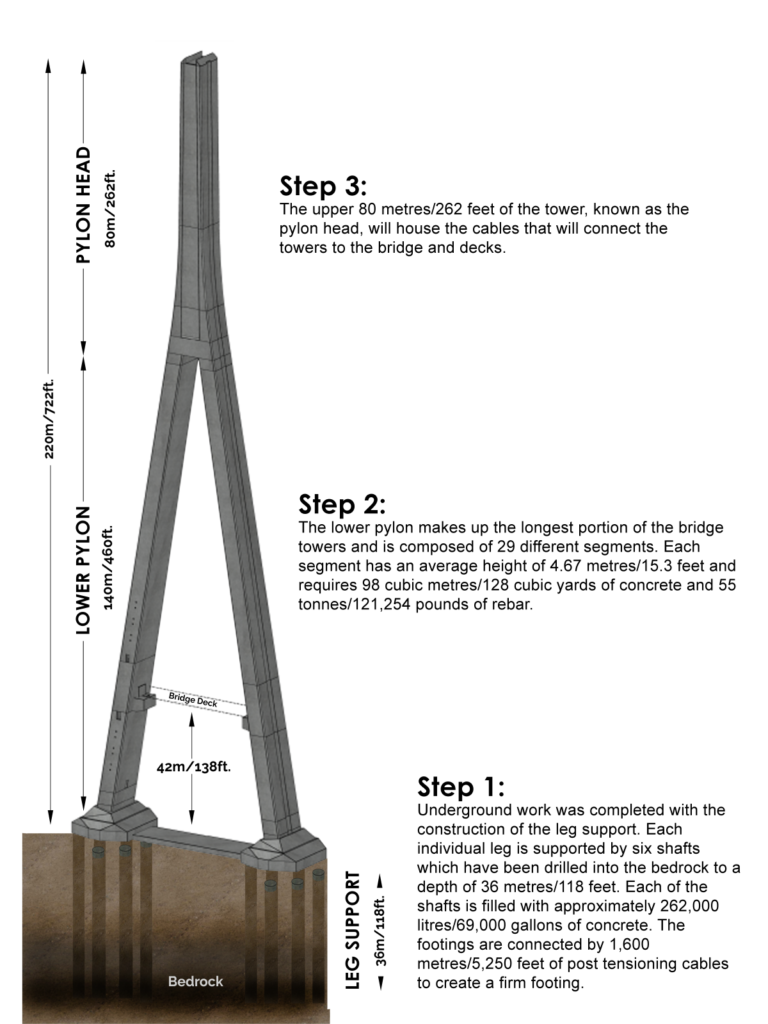