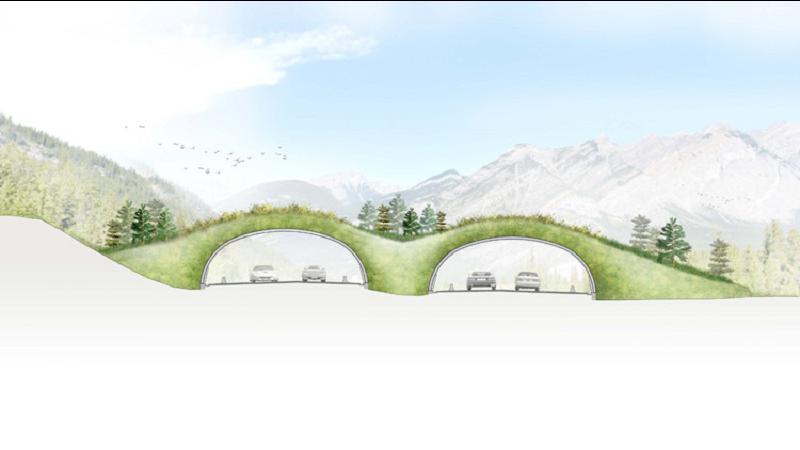 Alberta’s government is building a wildlife overpass crossing the Trans-Canada Highway in the Bow Valley area to reduce the risk of wildlife-vehicle collisions.

The wildlife crossing will be located east of Canmore near Lac Des Arcs and is the first wildlife overpass to be built outside of Banff National Park.

“This overpass will drastically reduce the chances of wildlife-vehicle collisions. The overpass will not only increase safety for the travelling public and wildlife, it will save thousands of dollars each year in property damage caused by collisions,” said Rajan Sawhney, Minister of Transportation.

“The wildlife overpass announced today will create a safe, natural route for wildlife crossing in the Bow Valley area, preserving their well-being and protecting the lives of Albertans as they travel Highway 1,” added Jason Nixon, Minister of Environment and Parks.

Construction of the wildlife crossing has begun and is expected to be complete by fall 2023. The project will create 102 jobs. The overpass includes 12 kilometres of wildlife fencing along the highway to help guide wildlife toward safe crossing points.

“The Bow Valley Gap overpass is one huge step closer to being used by elk, bears and other wildlife,” said Adam Linnard, Alberta program manager, Yellowstone to Yukon Conservation Initiative. “We’re thrilled to see overpasses added to the provincial tool kit, and to see this overpass added to the network of collision mitigations that help make wildlife and people safer and better connected in the Bow Valley.”