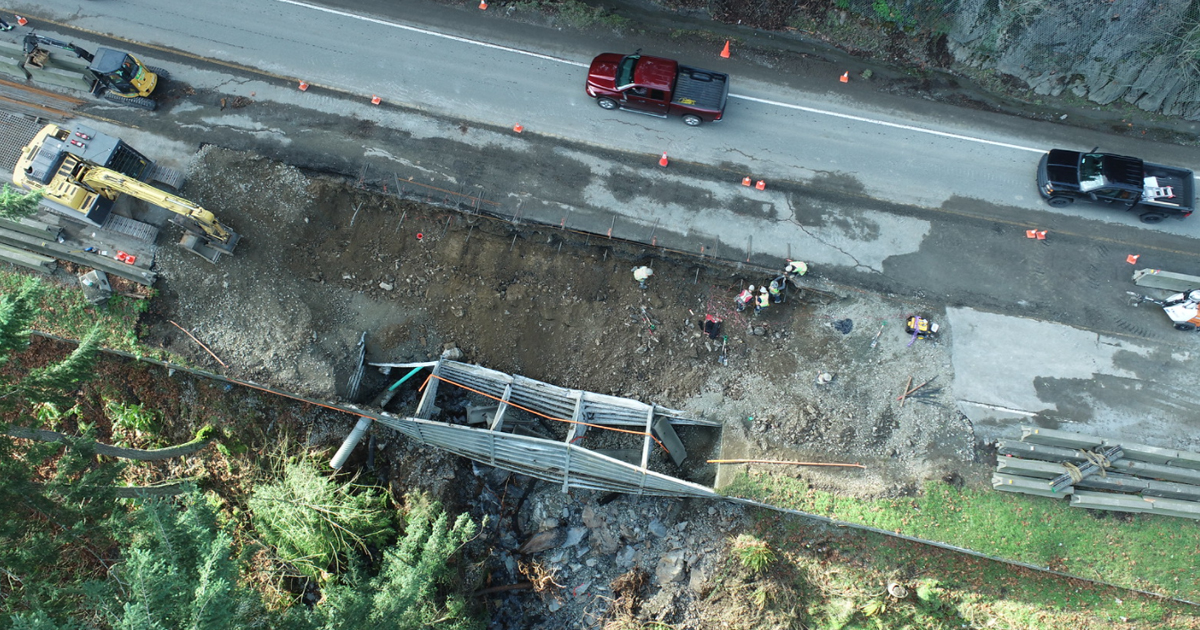 Permanent repairs to the Malahat Tunnel Hill segment of Highway 1 will begin soon, after the B.C. Ministry of Transportation and Infrastructure announced it has awarded the contract for the project.

“This first contract award for permanent repairs following last fall’s catastrophic flooding marks an important milestone as the province continues to build back better,” said Rob Fleming, Minister of Transportation and Infrastructure. “The Malahat is a critical connection for residents, businesses, emergency services and the transportation of goods between the mid-Island and the Capital Region. This project ensures safety for drivers and increases resiliency during future extreme climate events.”

The $14.9-million contract for the project has been finalized and awarded to Nanaimo-based Windley Contracting Ltd. Work is slated to start this summer and includes restoring approximately 50 metres of the northbound lane north of Finlayson Arm Road, and repairing damage to existing drainage and slope stability. An 80-metre retaining wall will also be replaced to secure the slope against future extreme rain events.

Construction is expected to finish in summer 2023.