The Association of Consulting Engineering Companies – Canada (ACEC) announced that Anthony Karakatsanis, P.Eng., president and CEO of the Morrison Hershfield Group has been named Chair of the ACEC Board of Directors for the 2020-2021 term.

The announcement was made at the ACEC annual general meeting of members held virtually on October 27, 2020.

Karakatsanis first joined the ACEC-Canada Board in 2016 and has served on various committees. During his term as ACEC chair, he looks to build upon the excellent work of his predecessor Lawrence Lukey, P.Eng., and will continue to promote the important role of consulting engineers in Canadian society. He is committed to ensuring that ACEC remains agile and financially strong so that it can continue to engage with and support its members through the COVID-19 crisis and ensure that the consulting engineering sector has a voice and a role in the subsequent recovery. 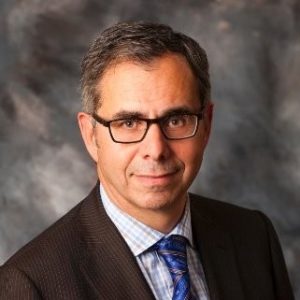 Anthony Karakatsanis, P.Eng., Chair of the ACEC Board of Directors

Karakatsanis, a graduate of Western University, has been part of the Morrison Hershfield family for almost three decades, joining in 1989 as a project manager. He has held numerous leadership positions in both the vertical and horizontal practice groups before being appointed president and chief executive officer. He has contributed to numerous industry organizations and committees in addition to ACEC-Canada, championing how consulting engineering firms can offer innovative and valued solutions that make a difference to clients and their communities.

“Anthony’s professional success combined with his passion for our sector will make him an effective ambassador and advocate for our industry and our association,” said John Gamble, P.Eng., president and CEO of ACEC.

Englobe unveils its new brand identity with an eye to the...