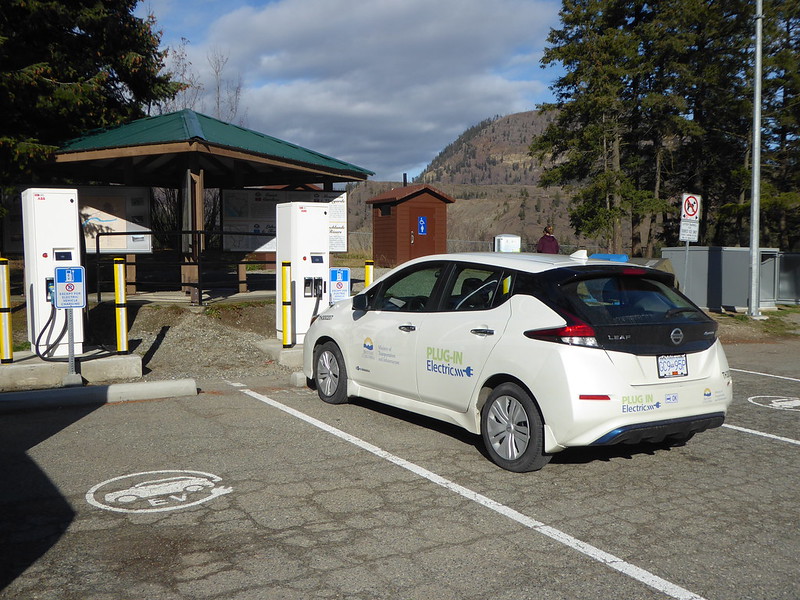 “Our growing EV charging network is making it easier and safer for people who own electric vehicles to travel around the province,” said Rob Fleming, Minister of Transportation and Infrastructure. “Now, British Columbians can choose greener transportation options, which is part of our commitment to a cleaner, stronger economy.”

“People in B.C. continue to lead when it comes to making the right transportation choices, and we continue to support that positive change,” said George Heyman, Minister of Environment and Climate Change Strategy. “These stations are part of the next stage in an expanded network to accelerate action on climate change and reduce air pollution while increasing economic opportunities.”

Westcana Electric Inc. will build the new EV charging stations. The project is expected to be completed by late December 2021. All four charging sites are expected to be open to the public beginning in 2022.

Since 2018, the Ministry of Transportation and Infrastructure has installed EV charging stations at 22 locations along B.C. highways. These four new projects will bring that total to 26.

Six of the existing charging stations serve residents and businesses in B.C.’s northern region. The addition of the Motz Road and Mount Terry Fox rest area stations bring this total to eight. The ministry is also exploring charging options along Highways 20 and 97 to further support electric vehicle owners in rural and northern B.C.