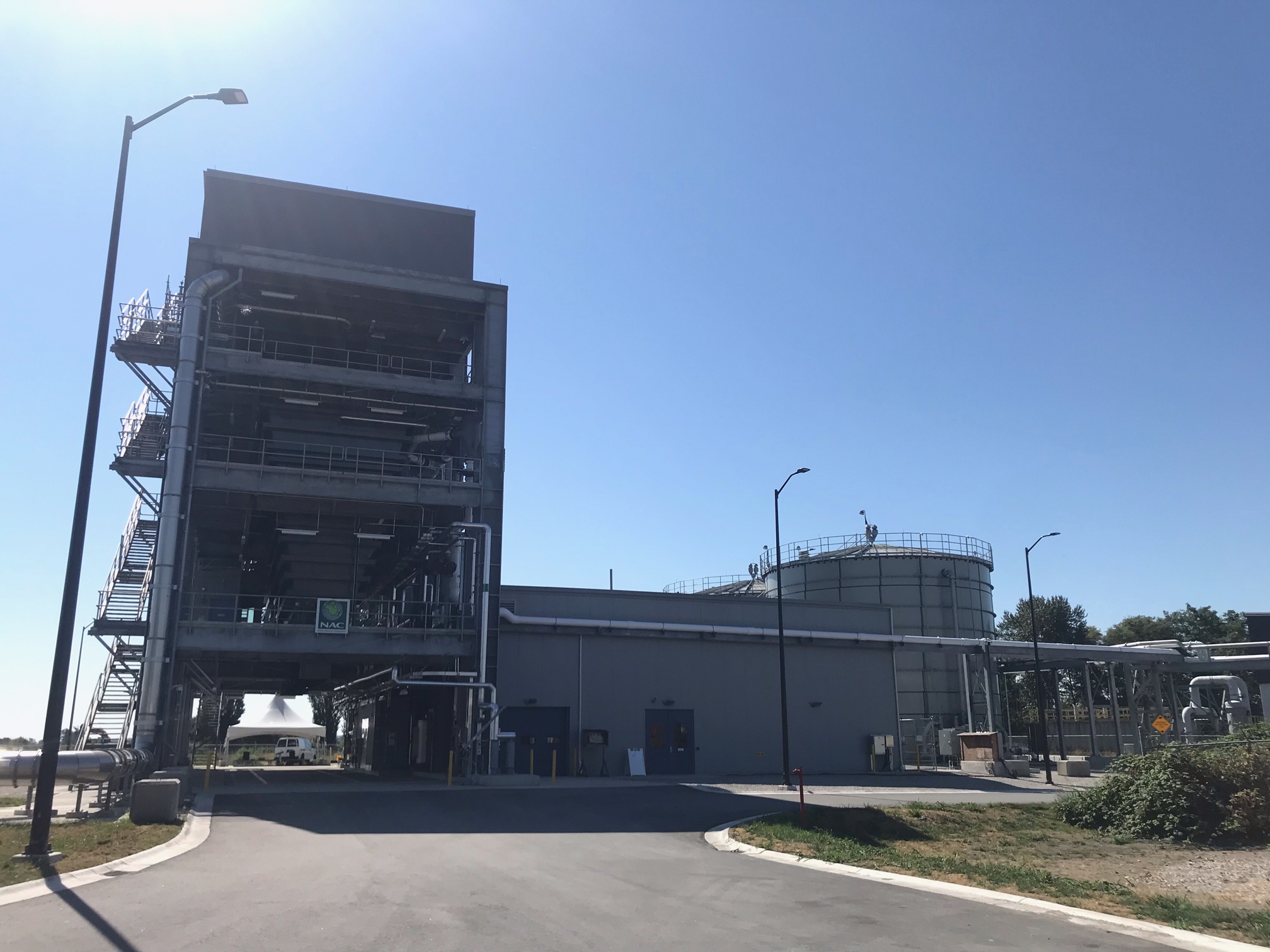 A new biosolids dewatering facility at Iona Island Wastewater Treatment Plant in Richmond will help Metro Vancouver to more efficiently use wastewater as a resource, and it is an important first step as the regional district embarks on critical upgrades to the treatment plant.

“The upgrade of the Iona Island Wastewater Treatment Plant — one of Canada’s most dynamic and transformative urban sustainability programs — represents a once-in-a-lifetime opportunity to contribute to the health and well-being of people, as well as the ecological health and biodiversity of the Fraser River estuary and the Salish Sea,” said Sav Dhaliwal, chair of Metro Vancouver’s Board of Directors. “This new facility sets us up well to carry out these ambitious and necessary upgrades.”

The Biosolids Dewatering Facility at Iona Island Wastewater Treatment Plant is fully enclosed and has stringent odour controls. It will mechanically dry the solids left after primary wastewater treatment, turning them into beneficial biosolids. At the facility’s loading bay, dried biosolids will be put directly into trucks so land that was previously used for biosolids drying and storage can be reclaimed for plant construction and ecological restoration projects.

The lagoons where solids are currently stored after primary treatment will be transformed into clean, freshwater ponds that will benefit many species — in particular the large numbers of birds that use the island and foreshore as a stopover along their migration route.

“Metro Vancouver is committed to using innovative approaches to generate energy and other resources from wastewater, including producing biosolids for beneficial use in land reclamation and landscaping projects,” said Richard Stewart, chair of Metro Vancouver’s Liquid Waste Committee. “One goal of the Iona Island Wastewater Treatment Plant upgrade is maximizing resource recovery, and this project will help Metro Vancouver produce and handle biosolids more efficiently.”

Metro Vancouver has used biosolids as a soil amendment safely and responsibly both within the region and throughout the province for decades, meeting or exceeding all provincial regulations. Soil containing biosolids has been used in countless landscaping projects, including at Iona Beach Regional Park and Vancouver International Airport.

Work on the Biosolids Dewatering Facility at Iona Island Wastewater Treatment Plant began in July 2019 and wrapped up in March 2022. Testing and commissioning is underway and the facility is expected to begin full operation in late 2022. The project cost was $61 million.

Metro Vancouver worked closely with the City of Richmond and xʷməθkʷəy̓əm/Musqueam Indian Band on this project, and is grateful for their support.

The Iona Island Wastewater Treatment Plant upgrade will be Metro Vancouver’s largest-ever infrastructure investment and one of Canada’s most transformative and sustainable projects.