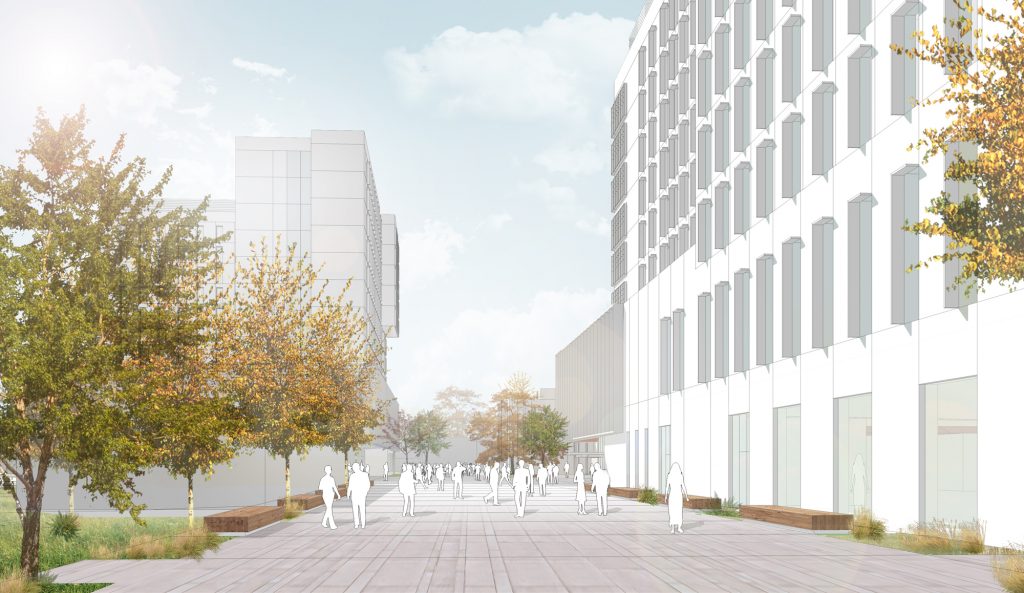 EllisDon Corporation and Kinetic Construction announced they have been selected to provide Construction Management Services for the $135 million New Student Housing and Dining Facility in Victoria, British Columbia, following a competitive bid process. The phased project will provide much needed on-campus housing for approximately 780 students.

“EllisDon and Kinetic are proud to be a part of this exciting project working with the University of Victoria,” said Daniel Murphy, vice president of pre-construction at EllisDon. “The New Student Housing and Dining Facility is the first significant capital project since the Campus Plan was renewed in 2016. This project is important, not only serving as a benchmark for future growth, but because it supports the commitments to environmental stewardship and sustainability that are so widely shared in our community and our culture.”

“Kinetic and EllisDon are extremely excited to be the chosen construction partners of UVIC to provide this landmark project,” said Tom Plumb, president & CEO of Kinetic Construction. “This marks a new era for the UVic campus as they move forward with the largest project they have undertaken. It is gratifying as a local company to help build and strengthen such a hallmark University which also adds great value to the community at large.”

EllisDon and Kinetic (EDK) have been working together since 2006, partnering for the pursuit and construction of several large scale, complex projects in Victoria. EDK is currently completing the multi-phase expansion of the Fleet Maintenance Facility at CFB Esquimalt. They also worked together on the Hillside Shopping Centre Redevelopment.

The new student housing on campus will respond to a broad range of student needs, including people with a wide range of physical abilities. A variety of room types and layouts are being considered including traditional dorm rooms and “pod” style living which includes single rooms with a shared kitchen and living areas.

Pre-construction is already under way with substantial completion of Phase 1 expected to be reached in July 2022 followed by Phase 2 in July, 2024.