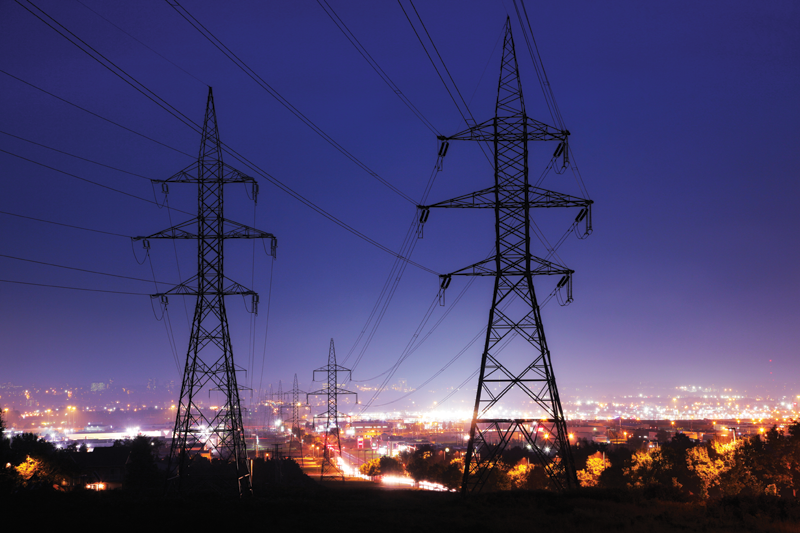 Traditionally, the utility mandate has been to generate, transmit, and distribute electrical energy in a safe, reliable, and cost-effective way. Equipment exceeding its expected useful life was typically replaced “like for like,” with the suppliers of that equipment focused on incremental improvements to the functionality, longevity, or safety of their products.

But that mandate is rapidly evolving, and with it, the very notion of what an electricity distribution utility should be. The modern utility is no longer simply the provider of “poles and wires” and on-demand commodity delivery; it is instead a data-driven, customer-centric system operations platform capable of managing responsive loads, electric vehicles, storage devices, and distributed generation in real time.

There is no one-size-fits-all model for grid modernization. There are, however, some common technological capabilities that can be funded and supported that will help utilities deliver on their expanding mandate.

Demand response
In the traditional grid context, generation follows load, meaning that as electricity usage increases in a given service territory, power plants are brought online to meet the demand and maintain system balance. Grid modernization provides utilities with the data and controls necessary to allow, and even prompt, load to respond to supply conditions or other signals such as power quality deterioration.

In early demonstrations, demand response initiatives have largely focused on peak shaving, which involves shifting energy demand from one time period to another to smooth consumption patterns. However, increasing attention is being given to shorter timescale applications like frequency regulation, which provide the flexibility to better integrate intermittent renewable energy resources and can also serve as a short-term contingency to mitigate unscheduled loss of supply.

Worldwide revenue from residential demand response is expected to grow from $322 million in 2014 to $2.3 billion in 2023. In line with those estimates, Ontario is aiming to use demand response to meet 10 per cent of its peak demand by 2025, equivalent to approximately 2,400 megawatts under forecast conditions.

Used properly, demand response replaces only the most marginal, highest-cost peaker plants (plants that run only during times of high demand). That said, market mechanisms must be developed that reward demand response without unduly punishing incumbent utilities. A failure to provide a fair rate of return on capital investments may lead to an underinvestment in generating assets moving forward, which will undermine the long-term sustainability of Canada’s electricity system.

Currently, 1,200 megawatts of solar capacity is connected to Canadian electricity grids—and that amount is growing rapidly each year, increasing by 58 per cent in 2013 alone. The increased solar capacity is being driven by feed-in-tariff contracts, renewable energy standards, environmentally conscious energy consumers, and falling costs. According to Natural Resources Canada and the Canadian Solar Industries Association, photovoltaic module prices have declined from $10.70 per watt in 2000 to $0.95 per watt in 2013, falling 17 per cent in 2013 alone.

Canada’s wind capacity, meanwhile, is now more than 8,500 megawatts—and it also continues to grow at a rapid pace and in line with international trends. According to the Canadian Wind Energy Association, global wind energy capacity grew by 19 per cent in 2012, with the wind industry installing a record level of 44,711 megawatts of new power. The National Energy Board projects Canadian wind capacity to grow to 16,000 megawatts by 2035, with the largest capacity additions expected to occur in Quebec, Ontario, Alberta, and British Columbia.

Of course, Canadian renewable energy development is not limited to solar and wind: project proponents are adding innovative approaches such as small-scale hydro, biomass, geothermal, and marine power to Canada’s distributed energy resource portfolio. Taken together, Canada had more than 7,000 megawatts of renewable energy capacity in 2012, accounting for 5.5 per cent of the country’s total capacity. As the portfolio expands, distribution utilities will need to develop advanced processes and tools to integrate a greater volume of renewable resources without undermining service reliability.

Electric vehicles
The transportation sector accounted for almost one-quarter of Canada’s total greenhouse gas emissions in 2012. While vehicle emission standards will help bring this number down in the near term, electrifying Canada’s light vehicle fleet is the most promising way to drastically reduce the sector’s emissions by 2050.

As of early 2015, approximately 10,000 highway-capable, plug-in electric vehicles will have been sold in Canada. While we are a long way from having an electric vehicle in every driveway, global sales have now increased to more than 600,000 vehicles over the past 10 years—with adoption continuing to accelerate each year (see above).

Innovation opportunities with electric vehicles include:

Advanced monitoring, for example, enables more timely maintenance; more efficient matching of supply and demand from various economic, operational, and environmental perspectives; and overload detection of transformers and conductors—all of which help utilities to reduce energy losses, improve dispatch, enhance stability, and extend the lifespan of their assets.

Fault detection and mitigation
While supervisory control and data acquisition (SCADA) and other energy management systems have long been used to monitor transmission systems, visibility into the distribution system has been limited. In fact, many utility customers would probably be surprised to learn of the limited information historically available to grid operators, especially at the distribution level.

As an example, when a blackout occurred, customer calls were mapped to define the geographic area affected. This, in turn, allowed utility engineers to determine the lines, transformers, and switches involved and what must be done to restore service. The end goal is to implement full fault location with isolation and restoration capabilities; however, this will require tying together numerous utility systems—outage management, advanced metering, distribution management, geographical information—and hardening the system so it can withstand more severe weather events.

Fault detection and automated restoration technologies are being developed and are currently being integrated with utility outage management systems; however, they must be piloted by utilities so the potential value of deployment across a full service territory may be assessed.

While storm activity continues to be the biggest threat to service continuity, cyber security threats are also on the rise. While hackers have traditionally targeted electricity generation and transmission, an automated distribution grid is both a means for grid operators to fix problems and hackers to cause them.

Storage
Downstream electrical energy storage has often been referred to as the Holy Grail of grid modernization—and for good reason. Energy storage promises to simplify the integration of distributed generation and electric vehicles, mitigate the need for demand response (although overall conservation will remain important), limit periods of asset overload, and keep the lights on when the bulk power system fails. The challenge so far has been to do any of these things economically.

A number of Canadian pilot projects are currently exploring energy storage applications. CanmetENERGY, a department of Natural Resources Canada, has tracked more than $70 million worth of storage projects across the country that are funded in part or in full by various federal and provincial funds. According to CanmetENERGY researchers, the integration of distributed generation, storage, and reactive sources that can compensate for fluctuating generation and consumption demand will help produce more robust, cost-saving electricity networks.

While these initial pilot projects are important, now is the time to push energy storage innovation into overdrive across Canada. According to the Brattle Group, the cost of installed electricity storage, which is currently $700 to $3,000 per kilowatt-hour, is expected to decline to less than half of that over the next three years. Navigant Research, meanwhile, forecasts that the annual revenue of cell sales for advanced batteries for utility-scale storage applications will grow from $221.8 million in 2014 to $17.8 billion in 2023.

Given these numbers, it is imperative electricity utilities and regulators start taking a closer look at the value of specific storage applications in Canada.

Induction charging
The transformation of the electricity system is often likened to the one experienced by the telecommunications industry, which saw a move from landline telephone systems to cell phones and smart phones. However, while the management of the electricity system and the technologies being powered might change, the physical characteristics of moving power remain the same.

Induction is the one mainstream technology that can turn this model on its head. Also known as wireless power, induction is the equivalent of replacing the wired Ethernet cable with Wi-Fi—and may eventually allow customers to access electricity “on the go.” The current technology is not quite there yet, though. A mobile device charged by induction needs to sit on an induction pad and cannot be used during the charge. Also, charging a device in this way is less efficient than charging by cable, requiring more energy and a longer charge time.

Induction charging is still in its early days, but in an increasingly wireless world, it is an area that utilities and regulators simply cannot afford to ignore. Of particular interest is the fact that the market for wireless charging is set to explode over the next few years: revenues from shipments of induction power transmitters and receivers are expected to expand to $8.5 billion in 2018, up from just $216 million in 2013.

Devin McCarthy is the director of generation and environment with the Canadian Electricity Association.