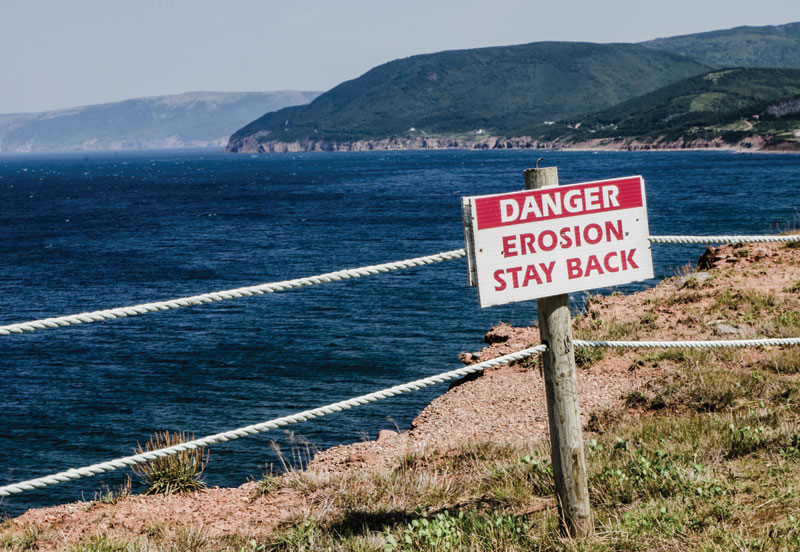 Intact Financial and the University of Waterloo announced a national initiative involving the implementation of 20 climate change adaptation projects designed to reduce the physical, financial, and social impacts of extreme weather events. In Nova Scotia, the Ecology Action Centre will create a “living shorelines” demonstration site near Halifax, integrated with a rain garden project on the same site.

The frequency and magnitude of extreme weather events—from the floods in Southern Alberta and Toronto to the December ice storm in Central and Eastern Canada—are increasing, causing billions of dollars in damage to infrastructure, businesses, and homeowners.

“Climate change is a reality, and the events of the last year clearly demonstrate the need to weather-harden our communities, our infrastructure, and our homes,” said Blair Feltmate, chair of the Climate Change Adaptation Project (CCAP) at the University of Waterloo.

The 20 demonstration projects were selected from 75 submissions made by conservation authorities and non-governmental organizations from across the country. The projects, which will be carried out in Alberta, British Columbia, Nova Scotia, Ontario, and Quebec, are aimed at showcasing viable and cost-effective adaptation solutions that ultimately will be replicated in communities across the country.

The projects emerged from CCAP’s 2012 report that outlined a roadmap of priorities and recommendations to adapt to climate change. They will focus primarily on reducing the impact of torrential precipitation on municipal infrastructure through the restoration of urban wetlands and water channels, and the deployment of green infrastructure initiatives like rain gardens, bioswales, and permeable surface parking lots and roadways.

Projects will also focus on efforts to limit coastal erosion in proximity to major cities. The Ecology Action Centre’s “living shorelines” project will show people how to plant buffers of native, salt tolerant plants and to rebuild soil health, which are approaches that are more resilient to sea level rise, storm surges, and coastal erosion than conventional methods such as rock walls.

Since many coastal properties face the dual risk of flooding and erosion, rain gardens will also be built. These gardens absorb and filter stormwater, which can protect homes from flooding and prevent pollutants from entering adjacent watercourses. With rain gardens, every property owner can do something tangible and effective to help manage stormwater.

“Preparing for climate change is non-negotiable if we are to avoid management by disaster scenarios. Extreme weather events will continue to increase in frequency and magnitude,” Feltmate said. “Adaptation is the only means to avoid financial and social costs that will otherwise be borne by all levels of government, industry, and consumers.”