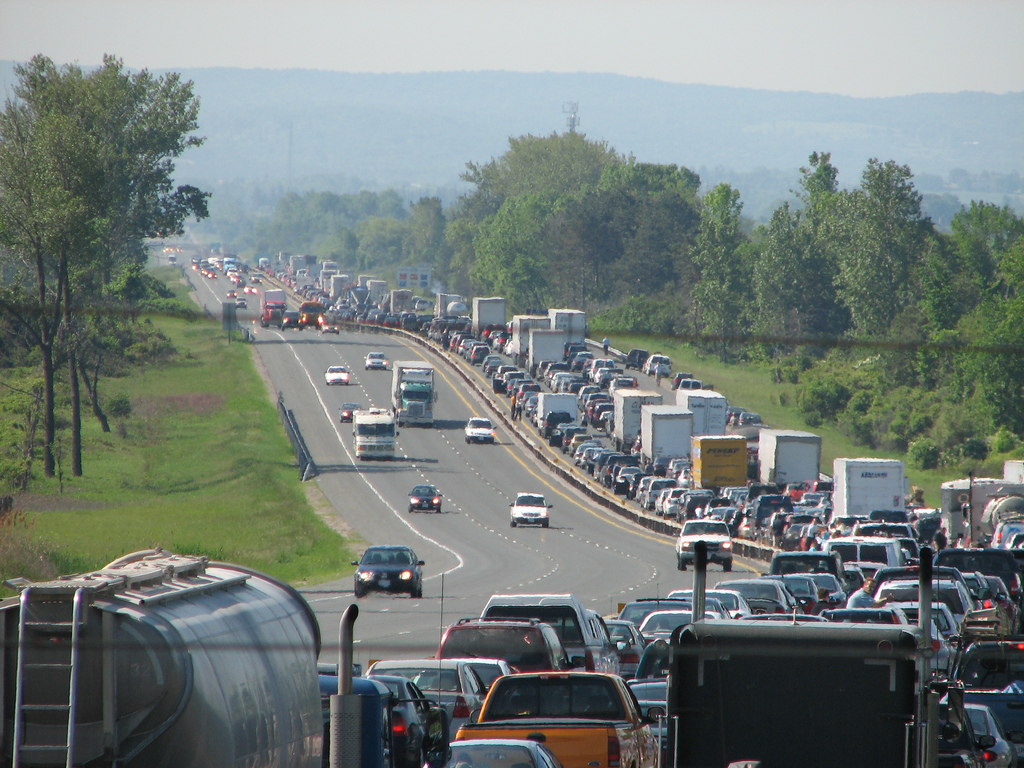 Farber was one of nine speakers looking at how demographic, geographic, legal, and fiscal equity perspectives can be applied to infrastructure and service planning for drivers, transit riders, cyclists, and pedestrians.

“Transportation equity is about the fairness of the distribution of costs and benefits of the transportation system,” Farber said, who added that the alleviation of barriers was a key goal to promote fairness and minimize exclusion.

With growing numbers of transport-poor people in Canada, Farber noted that while 1.3 million of low-income people live in low-access neighbourhoods:

Among the factors cited, this was attributed to the rapid growth of Canadian cities, rising income polarization and the suburbanization of poverty. “Many Canadians are at risk of transport-related social exclusion,” Farber said. “Transit accessibility helps eliminate the differences in daily activity participation rates between car owning and zero-car households.”

The societal need for the car is an urban planning problem for all of North America, noted David King, assistant professor of urban planning from Arizona State University. “We’ve baked in car dependence. We need to think about auto dependence as an addiction that’s worth treating. We need other options to get around but we must start pricing all modes properly before automated vehicles come on the scene. And then those robots must be regulated.”

Shavon Edwards, senior mobility strategist from the City of Detroit and WSP USA, provided examples of how the Motor City is transforming into a “Mobility City.” A people-focused approach is being taken to piloting and funding effective transit solutions to address those groups that work night shifts. In addition, Edwards said the city has a car-sharing service that enables those in transit-starved neighbourhoods to go to job interviews or shop by renting a small GM car for $7 per hour.

Implementing those new mobility options and solving “short-term inequities” can be achieved through road and congestion pricing, said Daniel Firth, global congestion pricing lead for WSP Canada. He cited London and Stockholm as examples where congestion pricing revenues contributed to bicycle, highway and transit infrastructure. A Vancouver cost-benefit analysis found that low-income groups would have the most to gain if a comprehensive congestion pricing system was installed in B.C.’s lower mainland.

Adding to congestion pricing, Andy Manahan of the Residential and Civil Construction Alliance of Ontario said a GTHA-wide HOT lane network could fill the gap of falling fuel-tax revenues while reducing traffic congestion and greenhouse gases. These findings can be found in RCCAO’s latest report.

The traffic congestion-related poor air quality in Toronto has led to 280 pre-mature deaths and 1,090 hospitalizations each year, said Greg Shill, associate professor of law for the University of Iowa, citing a 2014 Toronto Public Health report.

Although law has played a major role in enabling U.S. car dependence for the last century, Shill said that “tackling automobile supremacy is key to the success of mobility and liveability of a city.” Almost 90,000 Americans were killed in 2018 by car crashes and/or pollution, leading to almost $862 billion in damages. “America’s gone to war for less.”

Shill proclaimed that a culture shift in mobility was possible. During the 1970s, Amsterdam had the same car-dominated issues seen in downtowns across North America but this has been overcome through solutions that are applicable on this side of the Atlantic Ocean.

Driving can be reduced when municipalities eliminate parking quotas, repeal anti-dense land use rules, put environmental law in place, and come up with creative solutions through insurance, tax law and enforcement.

“We now have the guiding principles for a new evaluation framework that focuses on people. It must be utilized by government and business as they plan for new or redesigned infrastructure and services that help everyone reach their full potential and contribute to society.”