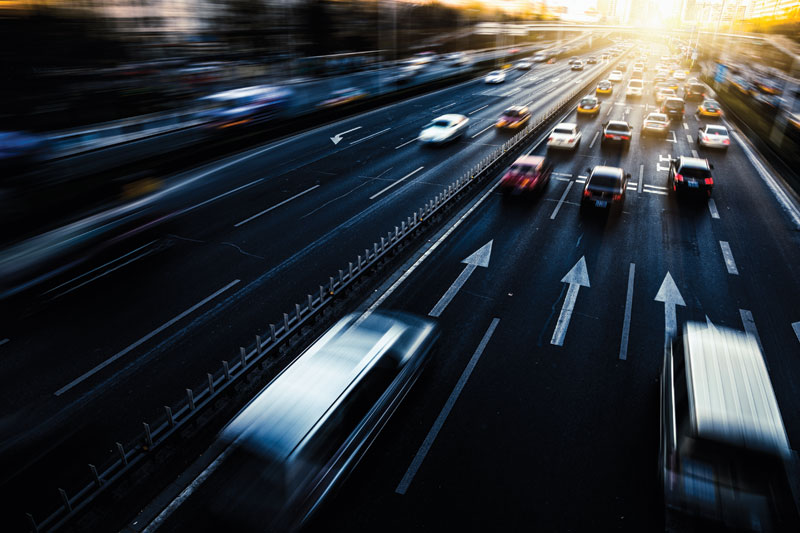 Most expectations for the pending arrival of automated vehicles (AVs) involve increases or decreases in personal risks such as safety, security, cyber-hacking, or privacy. These expectations generally revolve around the vehicle technology and direct human interaction. Much less attention is paid to the urban and infrastructural risks related to the deployment of AVs that will be providing ride services via multiple large commercial fleets of robotaxis.

In a recent discussion paper regarding the infrastructure requirements of Canada’s 21st-century economy, Michael Fenn et. al. developed six categories to describe the major risks involved in large infrastructure projects. The categories include political and regulatory risk, governance risk, funding and financing risk, siting, industry capacity, and innovation and technology. Because of the extent and scope of the changes needed for—and expected from—vehicle automation, these risk categories are pertinent for AV infrastructure deployment.

While Fenn identifies these risk categories as universals, there is an important three-part context of risk related to the complex and challenge-filled period of transformation to AVs:

Political and regulatory risk related to deployment of AVs initially appears inconsequential. As of February 2019, Bloomberg Philanthropies has tracked 123 cities engaged in pilots or studies as they prepare for the arrival of AVs, but each of these are exploratory or in early study phases. One of the more advanced programs is looking into urban preparation is Toronto’s. Until now, few risks have been taken; and governments make even fewer decisions.

One indirect risk that has not been addressed however, is that these pilots and studies may prematurely inhibit ongoing, critical expansion, and maintenance of current transportation systems. The promise of AV technology causes some to question how or whether to invest in legacy road and transit infrastructure.

The nature of vehicle automation means that its first significant introduction in the public sphere will be large commercial fleets of geofenced, automated taxis, and shuttles. Challenges of congestion and curb management, as well as the erosion of funding sources such as parking fees, will create political friction and engender regulations that will most often be stop-gap guess work. Commercial operators will be challenged to decide how to invest in these fleets and the apparatus to manage, power, maintain, and store vehicles. As municipalities grapple with understanding and regulating these new fleets, every political and regulatory quarrel will mean risk for these private investors.

For these reasons, municipalities should guide gradual fleet growth via regulations, taxes, user-fees, and infrastructure plans. Predetermined triggers for such guidance should be based on pre-agreed demand targets. Such plans need to be transparent and stable to avoid the circumstance of Toronto’s Car2Go service suspension in May 2018. This is critical because the investment in vehicle storage, distribution, charging stations, and loading/unloading bays and zones required to introduce a fleet large enough to manage just 10 per cent of GTHA’s travel requirements would approach three orders of magnitude more than the investment Daimler would have made in its Toronto Car2Go fleet. Furthermore, such an investment would be provided by multiple operators that compete amongst themselves, and with traditional transit. This new competition is another source of political and regulatory risk.

Governance risk in the deployment of urban changes for vehicle automation will be manifold. Deployment projects will include preparing areas for storage, staging, and charging as well as modifying streets to accommodate robotaxi loading. These projects, sparse at first, will become numerous and grow to larger areas competing more intensely with taxi, transportation network company (TNC), and private-vehicle use. Ideally, they will be integrated with transit systems meaning the restructuring and expansion of loading areas around transit stations where legacy transit can holds its own in this new marketplace. Alternatively, existing transit facilities may be decommissioned in those cases where transit contracts.

Project selection will be challenging as there will be many voices each asking for projects to be sited nearby and enabled as a priority (First In My Back Yard or FIMBY). But each of these projects is equally likely to have Not In My Back Yard or NIMBY voices protesting the siting, or even the existence of such projects altogether. There will be multiple, optimal ways to organize projects from planning and engineering perspectives, but the FIMBY-NIMBY forces may often prevent the application of this logic.

At the same time project delivery will be problematic because so many projects will need concurrent attention over fairly broad areas as the technology reaches an acceptable level of service reliability. Fleet operators will undoubtedly lobby to deploy thousands of AVs in commercially viable areas.

Faulty project selection or project delivery increases costs and lowers acceptance, threatening public and private investment. As well, project selection and delivery hold social welfare risks. Private operators and investors will prefer projects that will turn more profits and leverage incremental business. Public investment might be directed more toward the mobility disadvantaged: those living in transit deserts, those who cannot afford these services, and groups such as seniors or disabled who may have difficulty using automated services.

Funding and financing risk increases with the novelty of any infrastructure project and the ability to forecast its usage. Projects that are not properly scaled or expandable mean underutilized or overcrowded facilities. New infrastructure for automated fleets will compete for an under-supply of public money or look to private investment in P3 arrangements. Furthermore, AV fleets are forecast to reduce revenue from parking fees and fines, vehicle registration, gas taxes, and traffic fines. New forms of revenue will be needed in environments where tax change is difficult. Replacing gas tax revenue with road pricing has met with little success in North America. Perhaps it will be easier to replace parking fees with curb fees, but this remains to be seen.

Siting is another risk. An area that is optimized for robotaxis might attract more development, and hence could soon be overwhelmed, needing to be changed again. The opposite occurs if an area becomes over-built for AV use. The problem is less about building for an ideal target, but more about all the interim stages before the horizon  goal is reached.

Industry capacity risk might seem slight from a build perspective, as each project—street, curb, and charging station—is modest. But after an initial period, we can expect many projects. In cases of street and curb reconfiguration these will be staged over long time spans while handling existing traffic that mixes automated and non-automated vehicles.

Many cities have experienced limited success in managing large numbers of concurrent construction projects—especially cities with sharply defined seasons. Hence, while industry capacity may not be strained, the demand for numerous, concurrent projects increases risk.

Innovation and technology risk is more with the incoming vehicles rather than from novel infrastructure. As of this writing, there are no vehicles in commercial, passenger service that operate without a responsible human in its cabin. Such a total lack of experience means any infrastructure project designed and scaled today for significant, driverless fleets would be at high risk.

Once vehicle technology is proven to operate commercially without an onboard attendant, the focus of innovation would be about service excellence—will people elect to use these machines? Until we understand these two unknowns, innovation and technology pose a risk to successful deployment.

Environmental sustainability and climate change risk seem unlikely for AVs, given the potential for vehicles to be electric and shared. But there are knock-on risks of worsening congestion and outward urban growth as an outcome of increased driving and the ongoing popularity of suburban living. While environmental and climate risk might not be a direct outcome of the deployment infrastructure per se, it could well be a secondary risk as consequences of deployment.

In conclusion, provincial governments and their municipal jurisdictions need to focus more on the six areas of AV deployment risk outlined, and less on the technical, safety, and weather issues that the OEMs are motivated to solve themselves. Most of the risks have strongly regional aspects, and cannot be addressed profitably by automotive OEMs. However, the technical, safety, and weather issues the government currently focuses on are shared by many dozens of countries and must be firmly addressed by the OEMs if they intend to sell these new fleets north of the sunbelt.

Bern Grush is the co-founder of Harmonize Mobility.

This article originally appeared in the May/June 2019 edition of ReNew Canada.