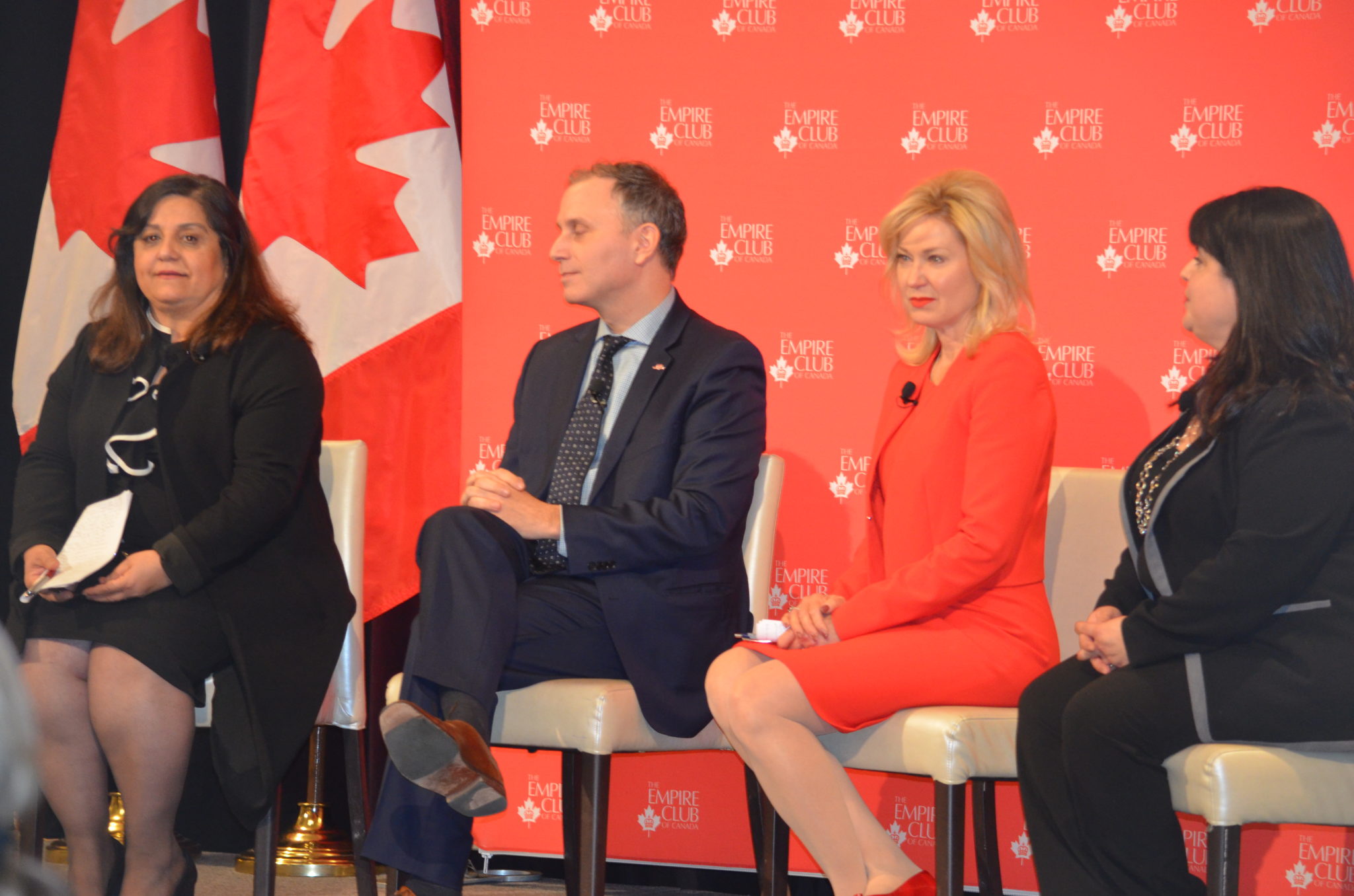 Less than two weeks since Premier Kathleen Wynne rejected the City of Toronto’s plans to introduce tolls on the Gardiner Expressway and the Don Valley Parkway, one member of the city’s council believes the conversation is still far from over.

Councillor Josh Colle was one of four panellists at For Whom the Road Tolls, a discussion on road tolls held at The Empire Club in Toronto. Colle joined Mississauga Mayor Bonnie Crombie, CAA director of government relations for South Central Ontario Teresa Di Felice, and Mahrokh Arefi, CEO of Emovis US. The session was moderated by Postmedia chair Rod Phillips.

In his remarks, Colle suggested that the conversation on tolling will need to continue as Toronto, and other communities across Ontario, struggle to fund the infrastructure projects desperately for the health and growth of the communities. He argued that “we can’t take another 20 years off infrastructure building,” so new streams of funding will continue to need to be part of the conversation.

Mayor Crombie, whose constituents would bear the brunt of the proposed tolling system, stood with Mayor Tory in his need to implement new revenue tools. Understandably, Crombie did not support this particular solution, but believed that Toronto City Council had every right to bring it forward and that an open discussion between the province and municipalities about dedicated funding to build infrastructure is a necessity.

Arefi echoed Crombie’s sentiment, suggesting that the under-funding of transportation infrastructure is a global problem, not just an Ontario problem. In regards to tolling, she suggested that new tolls were a no-go 10 years ago in the United States, but that attitudes have changed as user pay models gain wider acceptance.

Di Felice stated her support for the wider introduction of HOT lanes as a way to gain new revenue from existing highway infrastructure, but not necessarily the tolling proposition as pitched by the City of Toronto. However, she did mention that some members were in favour of the use of tolling for infrastructure financing.

The greater issue at stake, as has been widely reported since the rejection of the tolling proposition by the provincial government, is the damage that the decision has done for municipal-provincial relations. Colle raised the point that this has ended all municipalities’ ability to introduce local solutions for funding shortfalls that the province has failed to address. When asked what happens now as a result by moderator Rod Phillips, Crombie responded that the same system of going to the provincial government to beg for funding would still be the norm.

That’s not a funding solution that any panellist believed was valuable for building new infrastructure in cities throughout the province, not just the GTHA.