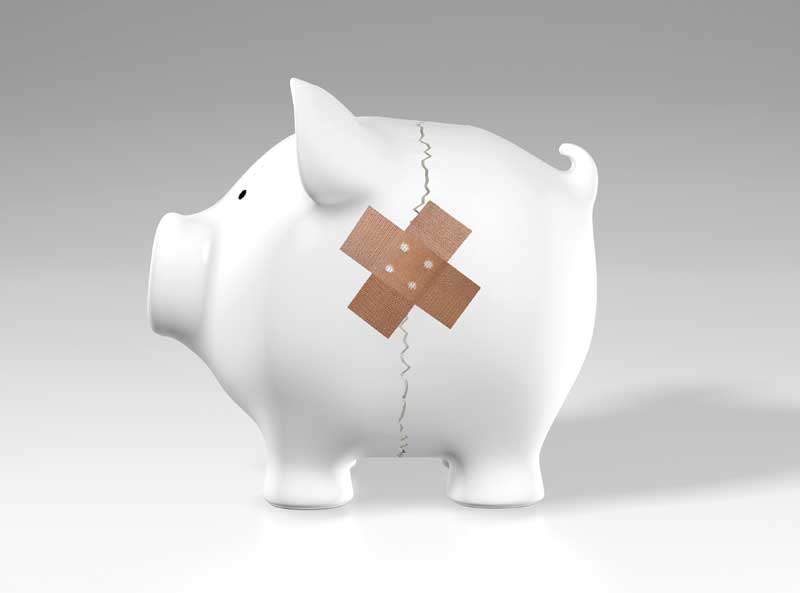 Although governments have increased the investments in transportation, water systems and buildings since 2012, according to the report, it isn’t enough.

More investments in repair and upkeep are needed in the short term to prevent a rapid decline in the condition of municipal assets, according to survey findings. Furthermore, the report uncovered that reinvestment rates in Canada’s municipal infrastructure are not meeting target rates.

Roads and sidewalks, stormwater, and sport and recreation infrastructure presented the largest gaps in terms of current and target rates of reinvestment, with water systems-related facilities not far behind.

“What this survey shows is that we need to repair our existing infrastructure,” CPWA president Kealy Dedman said. “Our infrastructure is aging and we need to accelerate the rate of renewal. As any homeowner knows, repair costs skyrocket once you let things go past a certain point. We don’t want to get to that point.”

As the report indicates, the rate of deterioration and cost of reinvestment coincide. Despite continued efforts on the part of municipal governments, assets are steadily declining. If this trend continues, the overall cost for infrastructure repair will increase substantially from where they stand today.

Investing in preventive maintenance and regular repair will prolong the asset service life, avoiding premature and costly reconstruction and service disruption, according to the report. The CIRC said that a long-term plan will also allow municipalities to plan for population growth, remain current regarding technological innovations, and handle the impacts of extreme weather events. If a proactive approach isn’t taken, the report estimates the replacement costs for the country’s infrastructure could reach $171.8 billion.

Most ice arenas, curling rinks, stadiums, tennis courts, and senior centres were assessed in fair condition (requires attention), while youth centres, which account for less than one per cent of recreation facilities, were reported to be in poor condition (at risk of affecting services). The cost to replace these facilities is estimated at $8 billion, according to the report.

The report suggests that aging transit assets are also an area of concern.

“While governments have increased investments in transit over the last decade, the report shows that over 40 per cent of transit infrastructure is in need of rehabilitation,” said Patrick Leclerc, president and CEO of the Canadian Urban Transit Association.

The survey indicates the condition of buses and new technologies are good. However, 40 per cent of railcars and ferries are in need of attention. The average age for municipal railcars is pegged at about 19 years, and replacing railcars and ferries could cost up to $2.5 billion.

The report however was unable to derive a reinvestment rate for public transit, as most respondents could not provide a replacement value of assets and an annual renewal budget.

The 2016 CIRC survey gathered more detail on inventory, condition, and replacement value than the survey developed for the 2012 edition. There was a marked increase in the number of questions answered by participants. There was therefore an improvement in the availability and quality of data that informed the findings of this new report. The survey also included a section on asset management for the first time, highlighting common practices based on size of municipalities.

Although the report says all communities benefit from having an asset management plan, only 35 per cent of the smaller communities surveyed had an asset management plan in place. On that note, the surveyed revealed 10 per cent of small municipalities published a state of infrastructure report (SOIR), while more than half of the medium-to-large-sized municipalities surveyed published an SOIR.

The CIRC suggest more municipalities should improve on their long-term asset strategies. Approximately 40 per cent of municipalities reported to use computer-based information and maintenance-management systems to manage their roads and transit assets, 22 per cent had a system for sports and recreation facilities, and 20 per cent kept a system for stormwater.

“Good data is critical to making effective decisions for infrastructure investment,” said Andy Manahan, executive director of the Residential and Civil Construction Alliance of Ontario. “The report card offers a lot of good information on the importance of reinvesting and properly maintaining existing infrastructure assets. It also supports the federal government’s emerging plan to invest in desperately needed infrastructure which will give our economy the jumpstart it needs.”

If there is one problem that Manahan sees with the data, it is that only 120 municipalities across the country participated in this survey. In Ontario alone, there are 444 municipalities. “With more municipalities participating in the next cross-Canada survey, more robust data will be collected to help provide better metrics for key infrastructure decisions,” he said. “In times when the economy is struggling and funding is tight, objective analysis is essential.”

Tristan Simpson is an editorial intern with Actual Media