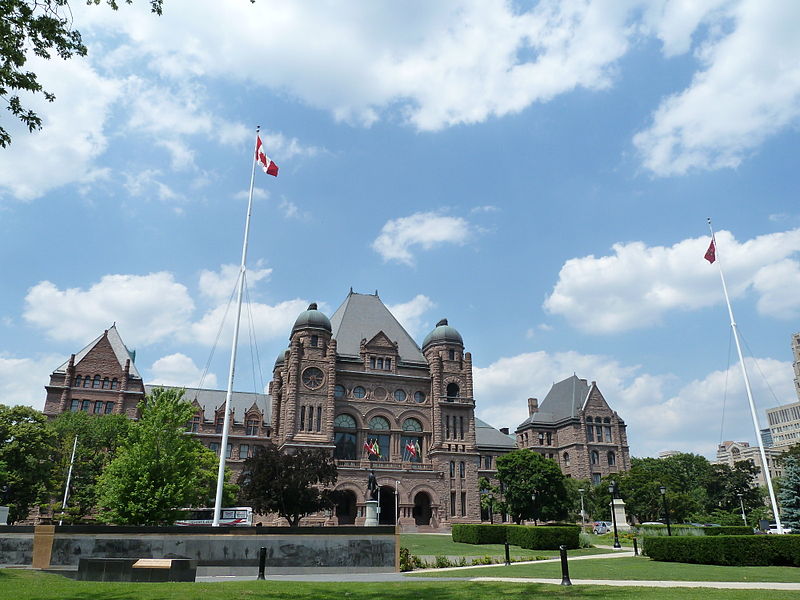 There were no real expectations for pomp and circumstance for the infrastructure industry as Charles Sousa delivered his 2017 Budget for Ontario. After all, the expansive spending for infrastructure had already been announced as part of the province’s long-term infrastructure plan, and a steady stream of projects continue to flow through Infrastructure Ontario.

Instead, the budget focused on the pipeline. It provided perspective on how spending will continue, what’s in the works, and a few secondary pieces that could create spinoff benefits for the industry in the years to come.

Here are the highlights:

What the budget lacks in surprise it makes up for in certainty, providing a solid foundation for companies to do business in the infrastructure space in Ontario.

Here’s what other stakeholders from throughout Ontario and Canada have said about the commitments to infrastructure in the 2017 budget:

“The government’s commitments to invest $156 billion over the next decade, supporting an average of 125,000 jobs per year to build and replenish our highways, transit systems, schools and hospitals sends a very strong signal to the construction industry and to those willing to enter it, that lots of work lies ahead. With investments like these, Ontario is committed to creating jobs for the future, and it’s those jobs which give the construction industry confidence that we can train the future workforce.”

–       Patrick Dillon, business manager of the Provincial building and Construction Trades of Ontario.

“These commitments and recent climate leadership policies by the Ontario government show strong intent toward incentivizing innovation and bolstering a low-carbon economy. The urgency of climate change demands ambitious and accelerated deployment of solutions that can make a tangible impact now, and in the future. We will continue to work with the Ontario government and provincial stakeholders to leverage the potential of commercial, high-rise residential and institutional buildings to contribute to the goal of immediate GHG reductions.”

“At the current rate of infrastructure spending of $12B per year for the past two years, the $190B projected spend over 13 years will not be met. For Ontario to remain globally competitive, an accelerated investment schedule is needed – a back ended approach to infrastructure investment means that our strategic advantages could be at risk. While there is alignment between Ottawa and Queen’s Park on the importance of infrastructure, part of the problem lies with a protracted process to sign a bilateral infrastructure agreement, with Ottawa contending that projects should be new so that its funding does not displace provincial monies. RCCAO agrees with the province that there more flexibility be permitted in federal infrastructure programs so that we can focus on the highest priority construction projects.

In its pre-budget submission, RCCAO recommended that Metrolinx’s investment strategy of 2013 should be reactivated because the current model of funding projects from general purpose revenues is not a robust way to deliver the required transit across the Greater Toronto and Hamilton Area or across Ontario. The province has not listened to this advice and instead intends to provide new taxing powers to municipalities such as a hotel tax. RCCAO contents that a coordinated and integrated implementation of road pricing is essential to address worsening congestion in this region, and that tolling revenue be dedicated to transportation projects.

The budget also announced an Autonomous Vehicle Innovation Network. This is a step in the right direction to making Ontario a leader in this field.”

“Engineers have a lot to be happy with in Ontario’s 2017 Budget—particularly concerning increased investment in the infrastructure that sustains our economy. It was great to see infrastructure investments and Highly Skilled Workforce initiatives catapulted into the top-five areas of spending growth. Adding the now doubled allotment of gas tax funding to municipalities, the cumulative flow of funds to infrastructure projects is significant. That’s good for Ontario and it will create new opportunities for a lot of our members.

OSPE is also pleased that Ontario has confirmed its commitments to the Long Term Infrastructure Plan and Metrolinx’s ‘Big Move’ initiative, representing a $156 billion investment over the next ten years.

A further $26 billion will be invested in the development and repair of the 400 series highways and roadways in northern Ontario. And with an eye to the future, funds have also been allotted to complete an environmental assessment to explore the viability of high-speed rail in the Toronto-Kitchener-London-Windsor corridor.

As the voice of the engineering profession in Ontario, OSPE is pleased to see that Budget 2017 recognizes that ‘A Stronger, Healthier Ontario’ requires planning and building robust infrastructure that’s driven by the skills and expertise of the province’s professional engineers.”

“Why won’t the province amend its outdated labour laws so its infrastructure funding goes further? It’s an easy fix that would allow the Ontario government to maximize its infrastructure investments. Until it does, these funding announcements leave us scratching our heads. With so many Ontario municipalities in desperate need of infrastructure and so short on funding, the province should be doing all it can to make funding investments count. Construction competition results in greater efficiency and fairness. It’s about time taxpayers insisted on better value and fairness.”

“CEO has consistently been a strong supporter of separate, dedicated funds for infrastructure investment. They are the most effective tools for providing value to taxpayers. The province’s continued commitment to ensure the full funding of the Trillium Trust is important.  It is an imperative tool for eliminating Ontario’s core infrastructure deficit. However, the government needs to provide more detail on how the Trust works. I don’t think anyone in our industry really knows how it factors in to proper project planning, prioritization and execution.”

–       Barry Steinberg, CEO of the Consulting Engineers of Ontario.