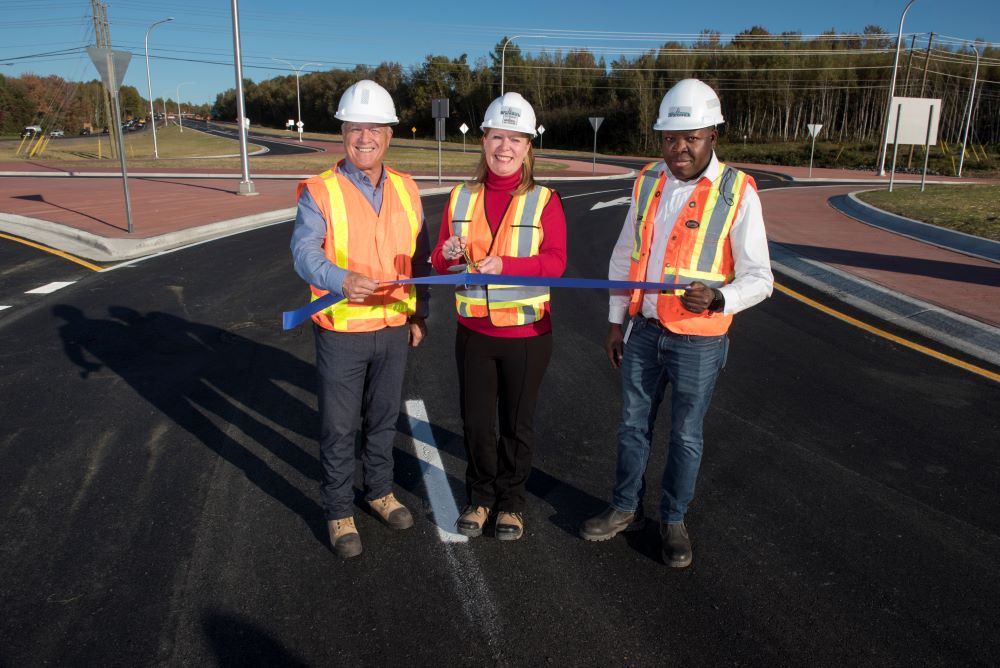 The Government of New Brunswick announced that a multi-lane roundabout at the intersection of Route 105 and Brookside Drive in Fredericton is now open to traffic.

The provincial government contributed about $5 million to the project under the capital highway program.

More than 36,000 vehicles pass through the intersection daily.

“This new roundabout for Fredericton North will improve safety and enhance traffic access for drivers using Brookside Drive and Route 105,” said Transportation and Infrastructure Minister Jill Green. “Roundabouts are proven to be an effective tool in reducing the number and severity of traffic collisions, and it is great to see this project complete and moving traffic safely through this area.”

The new roundabout provides access to commercial and retail areas along Brookside Drive in addition to nearby neighbourhoods. The design is intended to improve traffic flow and produce environmental benefits by reducing delays, congestion and idling.

The tendered contract for the Brookside Roundabout was awarded to KDB Engineers/Contractors Inc. in May.

Featured image: A multi-lane roundabout at the intersection of Route 105 and Brookside Drive in Fredericton is now open to traffic. From left: Coun. Bruce Grandy, City of Fredericton; Transportation and Infrastructure Minister Jill Green; and Godfrey Kayizzi, engineer with the department. (Government of New Brunswick)