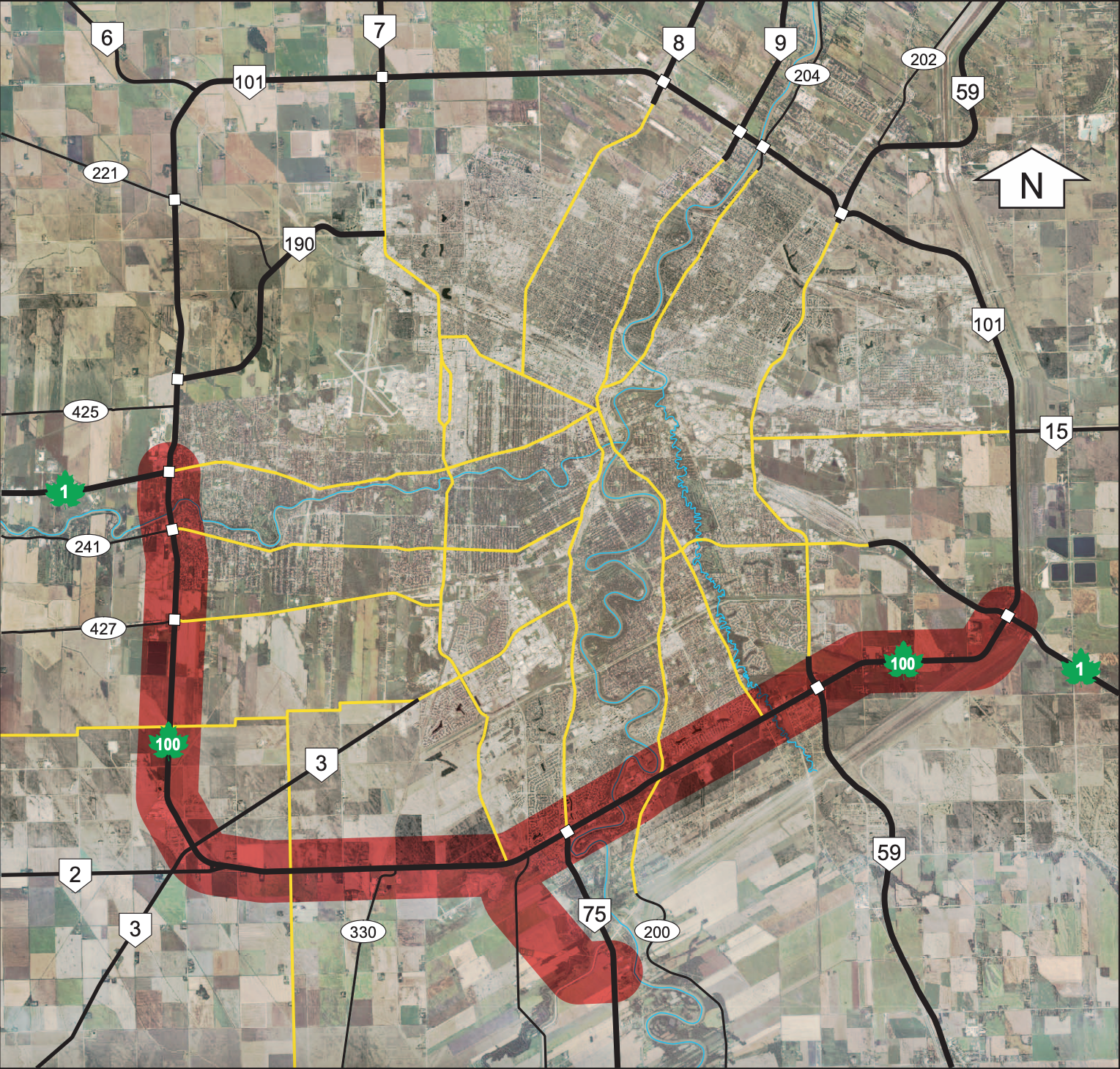 “Our government’s first priority is the safety of Manitobans on our roads and we want to make the South Perimeter safer and easier to travel for the approximately 30,000 vehicles that drive it every day,” said Schuler.  “We’ve set out to do substantive work to address safety and operational problems, and this study will serve as our blueprint for the next 20 to 30 years.”

In November 2017, the province announced it had hired WSP Canada Group Limited as its engineering consultant to provide a functional design study for the reconstruction of the South Perimeter Highway. The goal was to upgrade PTH 100 to a freeway standard with no at-grade crossings from the Trans-Canada Highway West interchange at Portage Avenue to the Trans-Canada Highway East interchange at Fermor Avenue. Intersecting roadways and railways would be separated through interchanges and overpasses.

The province began its public engagement process in 2018 to inform the study and present design options. It held nine public open houses between August 2018 and December 2019, during all three design development phases.  The minister noted the province had last studied the overall capacity and efficiency of PTH 100 in 1988.

“With increased use of the highway over the past 30 years and growth in both south Winnipeg and communities south of the city, we required an updated report to address safety, operational and capacity deficiencies, and the general physical condition of the roadway,” said Schuler. “The South Perimeter plays a significant economic role in transporting people, goods and services and we want to ensure the highway is safe, efficient and progressive.”

The new South Perimeter Highway Design Study includes engagement from stakeholders and the public, and encompasses land in the rural municipalities of Headingley, Macdonald and Springfield, and the City of Winnipeg.

The study outlines two phases of changes for PTH 100. The initial stage, designed to accommodate forecasted 2048 traffic levels, will include upgrading the highway to a four-lane divided freeway and improving the structure, interchanges and bridges. The final stage will include upgrading PTH 100 to a six-lane divided freeway, reconfiguring the existing highway and constructing new interchanges where necessary. The province will monitor traffic volumes and levels of service in the coming years to dictate the time of additional construction.

Projects approved for design and construction in the next year include:

The South Perimeter Highway Design Study is available at: www.gov.mb.ca/mit/hpd/pth100/studies.html.