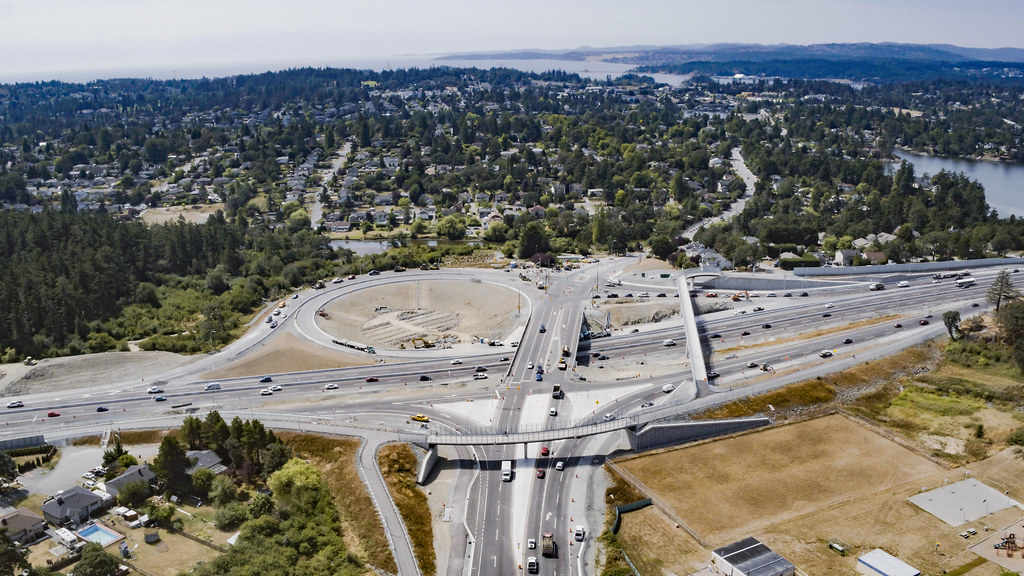 “The Trans-Canada Highway is a vital route for both residents and tourists. It connects people to school, work, as well as important attractions and services on Vancouver Island. Our investments in improved road safety also make it easier for pedestrians and cyclists to get around whether they’re commuting or staying active,” said Catherine McKenna, federal Minister of Infrastructure and Communities. “Canada’s Infrastructure plan invests in thousands of projects, creates jobs across Canada and builds stronger communities.”

With the recent opening of central components of the project, such as the McKenzie Avenue exit loop ramp and free-flowing traffic on Highway 1, people are experiencing shorter morning and afternoon commutes – especially those who live in Langford, Colwood and Sooke – and work in Victoria.

“The traffic congestion at this intersection had long been a source of frustration,” said Claire Trevena, B.C.’s Minister of Transportation and Infrastructure. “People are now saving time on their commutes, and transit users and those who cycle are also benefiting from improvements made.”

“On behalf of Langford residents, we are excited to see the substantial completion of the McKenzie Interchange project,” said Stew Young, mayor of Langford. “This project will significantly decrease commute times, allowing Langford residents to get home faster to spend more time with their families and loved ones.”

Previously, the Highway 1-McKenzie intersection had been the number 1 bottleneck in the province outside of the Lower Mainland. In December 2019, the Trans-Canada Highway opened to free-flow traffic, which dramatically cut down on the commute times for people. Now the partial cloverleaf designed loop ramp is complete, making this an even quicker and easier drive.

“We’re grateful for the continuous improvements the Province is making in our transportation infrastructure between Colwood and other areas of our region,” said Rob Martin, mayor of Colwood. “These improvements do more than move cars. They allow people to spend less time in traffic and more time with their families and enjoying other activities that promote well-being.”

The project also provides safety benefits for students at nearby schools, who no longer need to walk along the shoulder of the busy Trans-Canada Highway or cross the highway at a traffic signal to get to and from school.

Work on the stormwater treatment pond and final landscaping is continuing through the fall. People who travel through the intersection will still see active construction as the final pieces of the project are finished. Drivers are asked to continue to observe the direction of traffic control personnel and signage through the construction site.